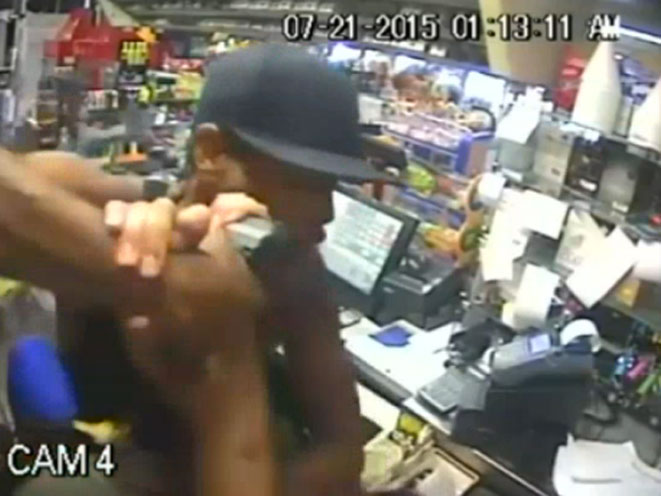 A store clerk shot an armed robber with his own gun after wrestling it away from him during a physical confrontation at a gas station in Mesquite, Texas.

An NBC affiliate reports that three men stormed the Chevron station located at 3828 U.S. 80 at around 1 a.m. last Tuesday and took lottery tickets and cigarettes from behind the counter.

One of the suspects was armed and began demanding money from the clerk, whose name has been withheld.

Surveillance footage shows the clerk fight with the robber, take his gun and shoot him in the shoulder. WFAA says one of the other suspects then managed to get the gun back and hit the clerk in the head.

Mesquite Police Department spokesman Sgt. Joe Smith says the three suspects fled the store. The injured robber — later identified as 46-year-old Myron Keith Brown — collapsed in a nearby field and was arrested upon the arrival of police and transported to a hospital.

The other two suspects managed to escape before the authorities showed up.

NBC 5 Dallas Fort-Worth reported that the clerk was treated by paramedics at the scene.

This gas station is a popular target for criminals, as this is the fourth armed robbery there since February, Smith said. Arrests were made in those other cases.

WFAA says police are still looking for the other two suspects in this case.

Watch the surveillance footage of the incident below. 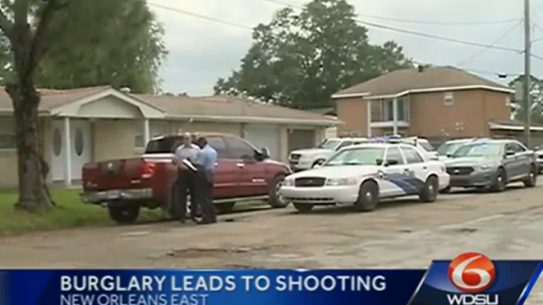 18-year-old Imani Smith was shot in the thigh by a NOLA homeowner after his...