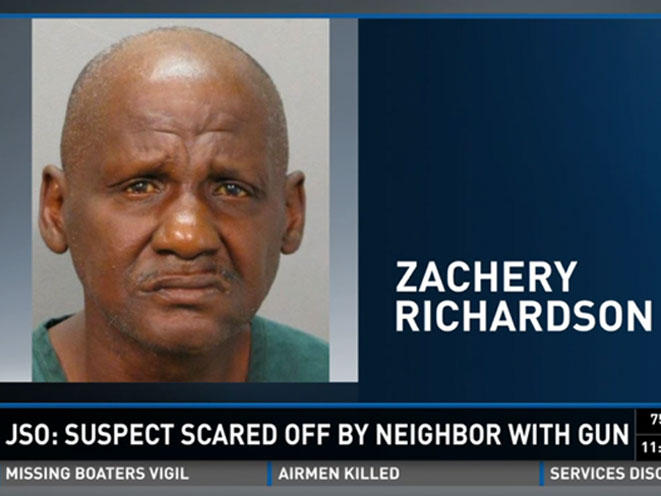 An armed citizen in Jacksonville, Florida came to the defense of his neighbor during an attempted rape and brutal physical assault at the hands of her stalker Sunday morning.

As First Coast News reports, the victim was asleep insider her apartment just before 2 a.m. when she awoke to find 57-year-old Zachery Leonard Richardson striking her in the face. She started to started to scream as Richardson told her to “shut up, [expletive]!” before saying “I’m going to rape you.” He then tried, unsuccessfully, to pull down her pants.

Just before the attack, the victim’s neighbor saw Richardson carrying a TV and setting it down near a car parked in the street in front of the apartment building. With his suspicions raised, the neighbor grabbed his gun and walked over to the victim’s apartment, First Coast News said.

The neighbor peered through the window and saw the attack in progress. “…(He) thought the suspect was trying to kill the victim due to the extreme and brutal violence of the battery,” the police report said.

That’s when the victim’s armed neighbor fired one round into the air, scaring off Richardson.

The victim, who told police she recognized Richardson because he had stalked her for years, refused an ambulance, despite the fact that her face was severely bruised and her eyes were nearly swollen shut. She was also “constantly bleeding around the eyes,” according to the police report.

Police found Richardson hiding in a van nearby. He was arrested and charged with sexual battery, burglary to a dwelling with battery and violation of a restraining order against domestic violence. 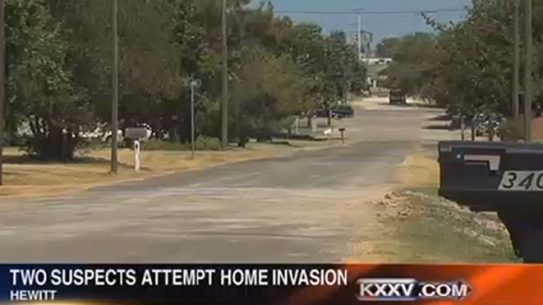 A former U.S. Marine fired six shots through the front door of his Hewitt,...