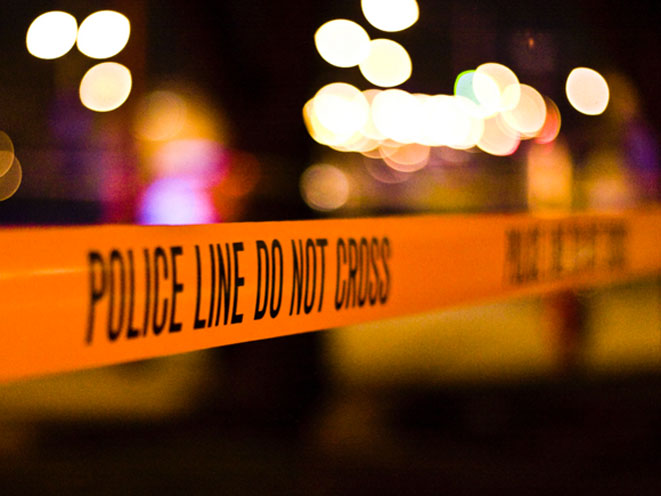 A convenience store clerk shot and killed an armed robber in Wauconda, Illinois over the weekend.

Police received a report of a robbery at the Kwick Shop on 112 East Liberty Street just after 9 p.m. Sunday night, the Chicago Tribune said. The 24-year-old clerk and a customer were inside the establishment when a masked man walked in, drew a gun and demanded money.

Fortunately, the clerk managed to grab a gun which was hidden from the suspect’s view and open fire, shooting him. The suspect immediately collapsed on the ground and the store customer fled.

The armed robber was transported to Good Shepherd Hospital in nearby Barrington, where he was pronounced dead at 9:42 p.m. According to the Chicago Sun-Times, police described him as a 6-foot white man in his early 20s.

The clerk and customer were both uninjured during the incident.

Meanwhile, Lake County State’s Attorney Michael Nerheim told the Chicago Tribune he has received preliminary information from Wauconda police regarding the shooting. He said his office is waiting for the police investigation to conclude before making a call on whether charges will be filed.

“From our end, no decisions have been made,” he said.

If this incident occurred the way it is being reported, this reads like a justifiable self-defense shooting. 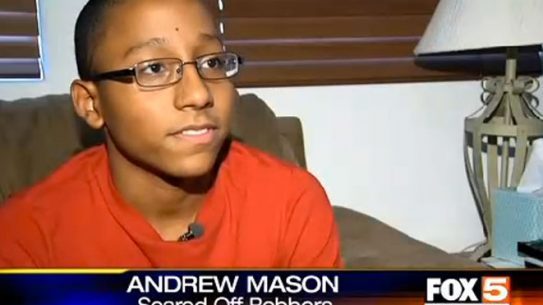 14-year-old Andrew Mason used a rifle to defend his brother and sister from a...