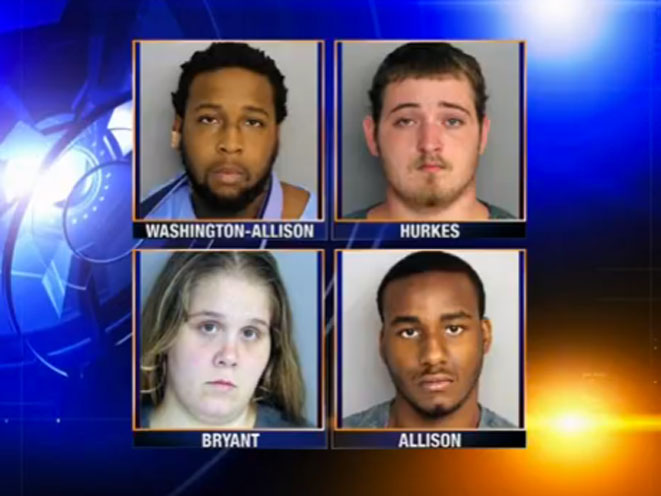 According to WJBF, police arrived at the home located on 564 Cedar Road, in Windsor and learned that four suspects broke into the home of Emilio Rojas and demanded money. They then hit him several times on the head with a weapon.

Rojas and other family members reportedly fought with the suspects. During the physical altercation, Rojas managed to grab his gun and open fire on one of the men, shooting him in the shoulder and abdomen.

The four suspects managed to flee the scene before police arrived, but one, 21-year-old Eric Hurkes, was quickly found and arrested on a nearby road while investigators established a perimeter. The other three were apprehended at Aiken Regional Medical Centers after 24-year-old Dontrell Washington-Allison sought treatment for the gunshot wounds he received during the failed home invasion. The two suspects arrested with Washington-Allison have been identified as 23-year-old Kira Marie Bryant and 20-year-old Jevarius Delonte Allison

As WJBF reports, all four suspects have been taken to the Aiken County detention center and face charges of Burglary 1st Degree, Armed Robbery, and Possession of a Weapon during a Violent Crime.

The homeowner will not be charged for shooting Washington-Allison.

“I support Mr. Rojas’ actions and the rights of homeowners to defend their families, property, and themselves,” said Aiken County Sheriff Michael Hunt. 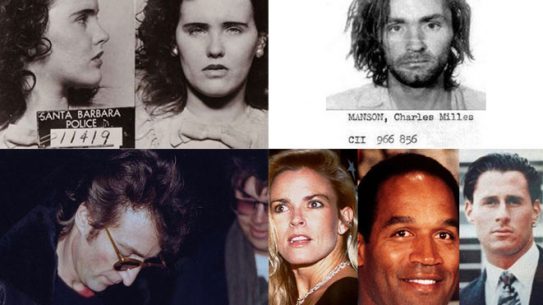 From the slaying of “Black Dahlia” Elizabeth Short to the Manson murders & beyond,...