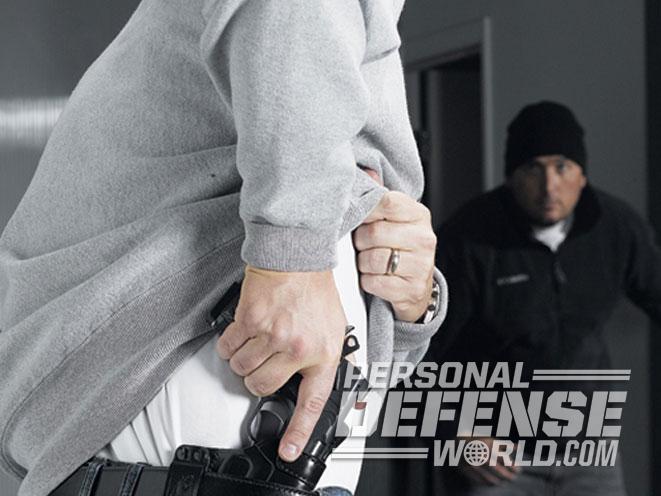 According to the Yakima Herald, the first incident occurred around 5 p.m. Saturday at the home located in the 1300 block of Roosevelt Avenue. The homeowner and his girlfriend returned from an outing to discover valuables had been stolen. Immediately after this realization, they heard the back door of the home open. They went to investigate and came face-to-face with two men, one of whom was wearing clothing stolen from the home, the police report said.

That’s when the homeowner drew his gun and held the two suspects on the ground at gunpoint until police arrived. The homeowner was licensed to carry a concealed handgun.

A stolen car was also found outside the home, which police said belonged to the suspects.

Incredibly, just two hours later, police once again found themselves back at the same home. This time, they found the homeowner holding a 34-year-old man at gunpoint.

As the Yakima Herald reports, the homeowner told investigators he had just returned home after dropping off his girlfriend when he found the suspect in his yard looking in the windows of his house. The suspect allegedly claimed he cutting across the yard, which is completely fenced off.

All three suspects appeared in court on Monday.

The suspect who was wearing the homeowner’s clothing had been charged with possessing a stolen motor vehicle, burglary, theft, possession of another’s identification and driving with a suspended license. His accomplice has been charged with residential burglary and third-degree theft. 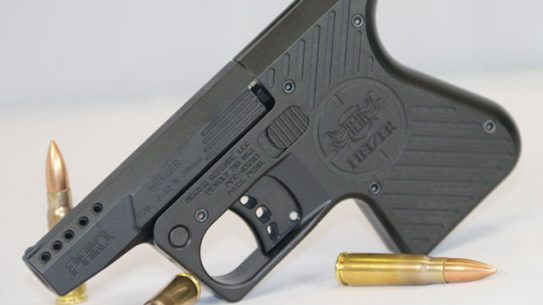 The PAK1 "Pocket AK Pistol" from Heizer Defense is chambered in 7.62x39 and comes...