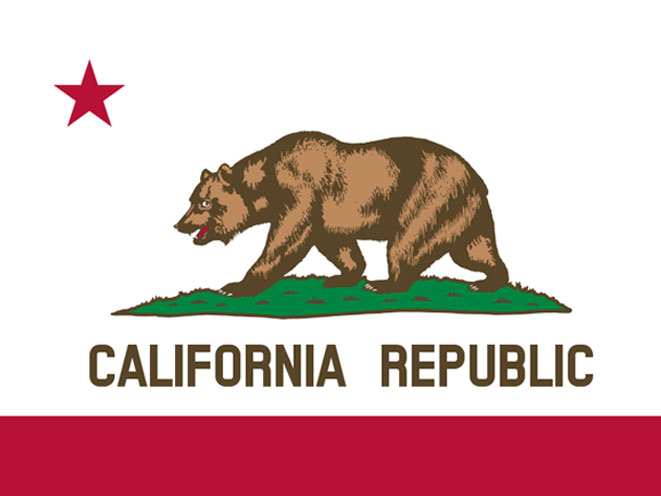 The following is a press release from the Calguns Foundation

Attorneys for four California gun dealers filed an opening brief on Monday that asks the Ninth Circuit Court of Appeals to strike down a law that, they argue, is unconstitutional and violates their First Amendment speech rights.

The appeal follows a federal District Court judge’s ruling in July that allowed the restriction to temporarily stand while the case progresses further, even though, the Court held, California’s ban on handgun-related speech by licensed gun dealers likely infringes on their First Amendment speech rights, is probably unconstitutional, and likely doesn’t materially reduce crime.

The dealers’ lawsuit was filed last November after the State Department of Justice cited Tracy Rifle and Pistol, a firearm retailer and shooting range in San Joaquin County, for having building signs visible from the outside that include images of handguns. An adjacent window sign at Tracy Rifle, which shows a photograph of an AR-15 style rifle, was not cited by the DOJ.

Under the challenged law, Tracy Rifle and other plaintiffs could lose their firearm dealer license if the signs are not removed. Through the lawsuit, they hope to keep their signs up–and their First Amendment right to display truthful information about the handguns they sell.

The gun dealers argue that California Penal Code section 26820—first enacted in 1923—prevents them from displaying any “handgun or imitation handgun, or [a] placard advertising the sale or other transfer thereof” anywhere that can be seen outside their stores and “unconstitutionally prevents firearms dealers from advertising even the most basic commercial information—’Handguns for Sale’—at their places of business.”

While California Attorney General Kamala Harris, a defendant in the case, had argued that the law was useful in preventing handgun-related crime, the District Court held that “there is not adequate evidence produced by the Government showing how, specifically, limiting impulse buys from passersby helps to manage handgun crime and violence….the Government has not shown that the ban is narrowly tailored to achieve the desired objective of managing handgun crime and violence.”

The firearm dealers are represented by attorneys Bradley Benbrook and Stephen Duvernay of Benbrook Law Group, and Eugene Volokh, a UCLA law professor who has written and taught extensively about the First and Second Amendments. Before joining the UCLA faculty 20 years ago, Volokh clerked for Judge Alex Kozinski of the Ninth Circuit Court of Appeals and Justice Sandra Day O’Connor of the U.S. Supreme Court. He also operates the popular legal blog “The Volokh Conspiracy,” now hosted at the Washington Post.

“I run one of the most heavily regulated and inspected businesses in existence, but it’s still illegal for me to show customers that I sell handguns until after they walk in the door,” explained Michael Baryla, the owner of Tracy Rifle and Pistol, in a November 10, 2014 statement. “That’s about as silly a law as you could imagine, even here in California.”

Attorney General Harris is expected to file her answering brief on September 21. Case filings for Tracy Rifle v. Attorney General Kamala Harris can be viewed or downloaded at calgunsfoundation.org/litigation/trap-v-harris. 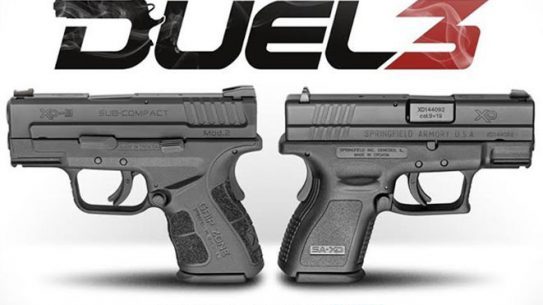 Springfield Armory's DUEL 3 promotion kicks off next week with an array of daily...