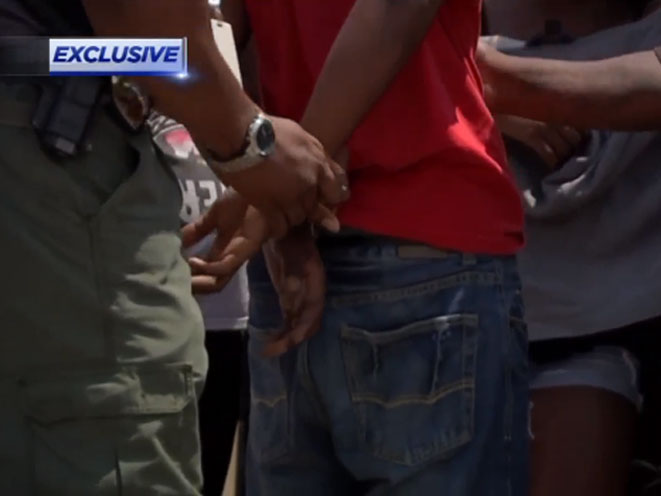 A contractor working at a home in Lake Jackson, Texas opened fire on two burglary suspects Tuesday afternoon, wounding one.

As ABC13 reports, the unidentified contractor was in the process of painting the garage when the would-be burglars entered the home. One of them allegedly pulled out a handgun and pointed it at the man.

Unbeknownst to the suspects, the contractor happened to be armed as well. He drew his weapon and opened fire, shooting one intruder in the shoulder and hip. The other suspect managed to flee the scene.

Multiple neighbors dialed 911 after hearing the shots, and police arrived to find the wounded burglar on the front porch of the home with a gun underneath him. The injured suspect, who turned out to be a 15-year-old teenager, was transported to Memorial Hermann Hospital to be treated for his injuries.

Meanwhile, the second suspect was arrested the very next day for aggravated armed robbery in a nearby town. Apparently, this isn’t the first time the duo has committed this type of crime.

“These are the same suspects in an aggravated robbery that we had back on July 29,” Freeport Police Captain Raymond Garivey told ABC113. “(And) We believe they’re involved in another home invasion that we had. But we don’t have any cooperation from the victim in that case.”

Police said the contractor likely won’t be charged with shooting the suspect, as it appears he was acting in self-defense.

“Any time that you display a weapon, whether you’re licensed or not, you should be aware that you may not be the only one with one,” said Lake Jackson Police Chief Rick Park. 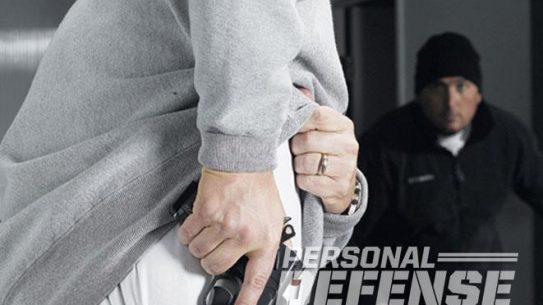 An armed homeowner in Yakima, Washington held intruders at gunpoint in two incidents within...