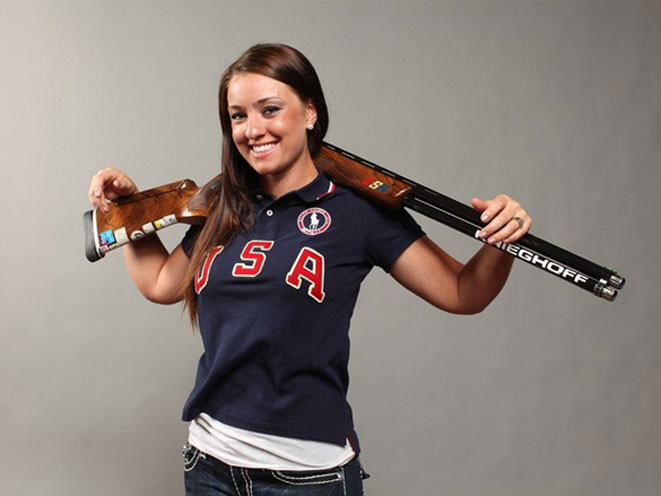 U.S. athletes have earned hardware in four of the five shotgun events thus far including two gold (Men’s Skeet & Double Trap), silver (Women’s Skeet) and the latest medal in the prolific career of Cogdell-Unrein who now owns seven World Cup medals. Today’s bronze pairs nicely with the gold she earned to begin the season in Acapulco, Mexico. This is the first time she’s double medaled in a season since she began shooting World Cups in 2007.

Cogdell-Unrein advanced to the Finals in Azerbaijan by virtue of a strong qualifying score of 74/75. Once there, she shot 13/15 in the semis, which put her into the bronze-medal match against defending Olympic champion Jessica Rossiof Italy. Those two would battle past their 15 targets after each connected on 12 of 15 during their match. Cogdell-Unrein would prevail after a Rossi miss on the fifth shoot-off target. Gold went to Japan’s Yukie Nakayama with Chun Yi Lin of Chinese Taipei earning the silver medal.

Given this year’s success, the Alaskan native has earned enough points (34) through USA Shooting’s Olympic Points System to make her eligible for nomination to her third straight Olympic Team. However, the U.S. has not earned the second quota in Women’s Trap which would put that scenario into effect. If the second quota isn’t earned, then athletes would have to earn the lone Olympic nomination through the Trials system in place for selection.

The final chance to earn the remaining quota will come at the Shotgun World Championships in September after Kayle Browning (Wooster, Arkansas) fell just short again despite a good performance with 71 targets hit. Close describes her abilities throughout 2015 in trying to help earn the additional quota available. She was two targets off the pace needed to earn a spot in the Finals Friday. She was fourth in Acapulco, after losing in a shoot-off to Cogdell-Unrein to enter the gold-medal match. Needing a win at the Pan American Games in Toronto last month, she’d finish second following another shoot-off. At the Al Ain (UAE) World Cup she finished eighth, one target out of qualifying for Finals.

The U.S. Men’s Trap contingent of Myles Walker (Elkhorn, Wisconsin), Anthony Matarese (Pennsville, New Jersey) and Jake Wallace (Castaic, California) will look to close out this World Cup with dramatic flair, hoping for a fifth medal and most importantly the Olympic quota that has eluded the U.S. team in this event since 2008. That hope got off to a good start Friday with the 20-year-old Walker shooting a perfect 50/50 through two rounds. Matarese is one back at 49 while Wallace dropped three targets in his first round before running a 25-straight in round two. Thirty-one competitors overall sit at 49 or better presently.

In other action, three-time Olympic medalist Matt Emmons (Browns Mills, New Jersey) suffered through a rare off-day this season shooting a score of 1167/1200 to finish 29th in the Three-Position Rifle event. Emmons posted this on his Twitter account following the match: “Not what I was looking for today in 3×40 at WC Gabala. Good elim yesterday, wasn’t seeing my shots well today. Felt good, came up short.” Emmons earned a silver medal in Prone on Wednesday. Neither George Norton (U.S. Army Marksmanship Unit (USAMU)/Salina, Kansas) nor Ryan Anderson (Wasilla, Alaska) advanced past the Elimination match Thursday that would have earned them the right to compete in today’s Qualification.

With Azerbaijan marking the end of Olympic quota qualification for Rifle and Pistol, the U.S. has earned just one quota in this event thanks to Norton’s performance at the Pan American Game recently. Emmons was ineligible to earn a quota in this event having already earned a country quota for the U.S. in Prone.

Women’s Air Pistol was also contested Friday with Lydia Paterson (Kansas City, Kansas) earning the top result in 16th place after shooting a 381/400 in qualifying. Courtney Anthony (Lexington, Nebraska) finished one point behind Paterson and a 21st-place finish. Olympian Brenda Silva (Snowflake, Arizona) shot a 375 and was 52nd. Thanks to Paterson, the U.S. earned one of the two Olympic quotas in Air Pistol.

USA Shooting was unable to pick up any additional quotas in Azerbaijan and thus will fill 13 of the possible 20 quota spots available. To see what quotas the U.S. has earned to date, click here.

Full results of these competitions or any other results from Azerbaijan can be found here. 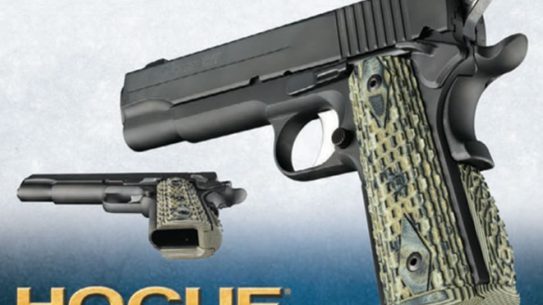