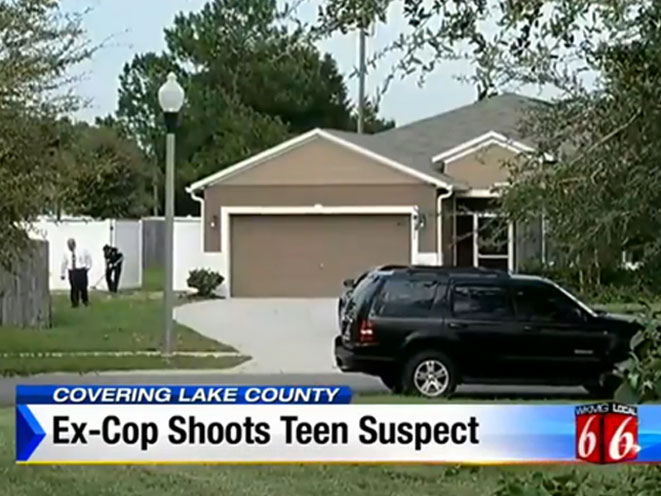 A retired police officer out for a walk with his wife around their Lake County, Florida neighborhood shot a burglar at a neighbor’s house Tuesday.

The Orlando Sentinel reports the couple initially spotted a young man eyeballing houses in the Grand Island area. Their alarms were raised when the suspect went to the backyard of a neighbor’s home.

The husband, later identified as 69-year-old Emmett Latimer, grabbed a gun and went to a window to get a closer look inside the residence. Just as he was doing so, the suspect through a television through the window and attempted to flee.

According to Click Orlando, Latimer confronted the suspect at the front door and ordered him to get down on the ground, but the suspect, who was reportedly unarmed, instead charged at him.

That’s when Latimer opened fire, shooting the suspect once.

The suspect, who turned out to be a 16-year-old teenager, was airlifted to Orlando Regional Medical Center and is expected to survive the shooting.

“He was in a place where he was lawfully allowed to be, whereas the suspect was inside committing a residential burglary,” said Lt. John Herrell with the Lake County Sheriff’s Office. “In his mind, he was doing the right thing, and that’s when the suspect charged at him and he was in fear for his safety.”

Neighbors in the area support Latimer’s decision to open fire that day.

“The guy that shot him was right in doing so,” neighbor Dick Martin told WESH.

“I told him he’s my hero,” said neighbor Mark Hartley to the Orlando Sentinel. 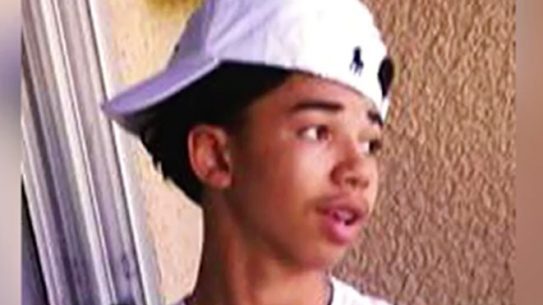 A 16-year-old armed robber in St. Paul, Minnesota was shot and killed by a...