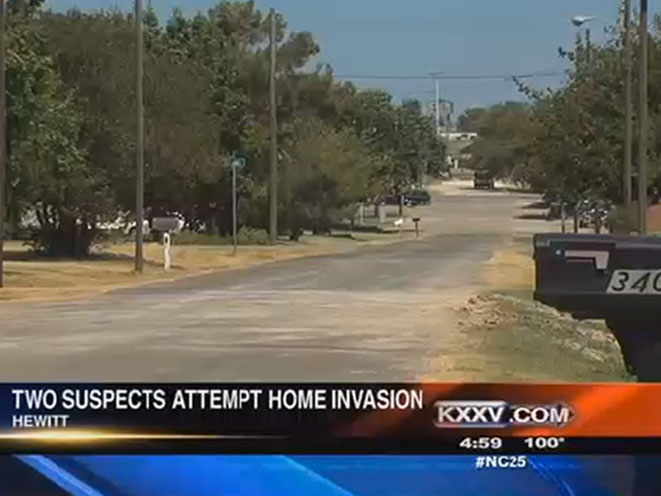 A former U.S. Marine used a gun to defend his home and his family from a pair of would-be home invaders Friday morning.

According to KXXV, homeowner Eric Walters was at his home on the 300 hundred block of 2nd Street in Hewitt, Texas when he heard a knock on the front door just before 2:00 a.m. He grabbed a firearm and carefully looked out the peephole to see a man standing on the porch.

Walters cracked the door open slightly, which is when he saw a second man armed with a gun rush towards the door.

The homeowner reacted quickly, slamming the door shot and firing six shots through the front door.

“From the time that the door was barely open I had no time to raise and actually fire at him because he was already aggressing,” says Walters. “It just happened so fast and I hit him. I slammed the door on him and hit him at the same time and then fired and moved for cover.”

The two suspects immediately fled the scene upon being fired on. Police are working to identify them, KXXV said.

Walters was uninjured as a result of the incident. He has no regrets about using a gun to defend himself.

“My family is safe, I’m safe and I think that they may have gotten the message,” says Walters. “If you’re going to try duress or to harm me by force, then you’re going to have to deal with force as well.” 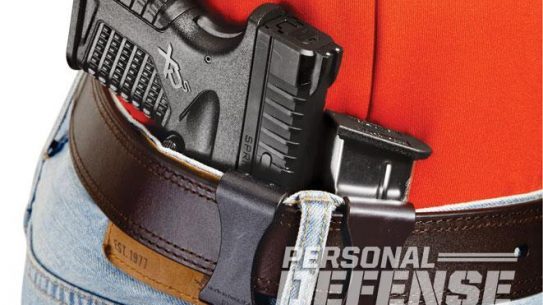 Versacarry systems keep your pistol and spare ammo at the ready!