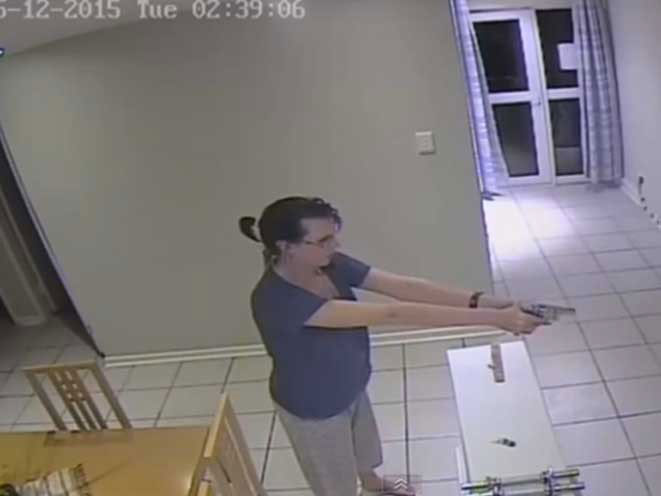 Watch video footage of the incident below!

It was three against one when a trio of burglars, one with a knife, faced a woman during an attempted home invasion in Port Elizabeth, South Africa. But Driekie Croucamp turned the tables with a .38 Special revolver.

Croucamp lived at the home with her boyfriend, Craven Coetzee, who had installed a surveillance camera that recorded the pre-dawn incident. The video shows the three men tiptoeing through the home for several minutes. Then Croucamp, alerted by noise, shows up with her revolver. Coetzee posted the video on YouTube and was astounded when it quickly gained 3.5 million views.

“She smelled the perspiration from these guys,” Coetzee said in a follow-up video. “It was very strong, very pungent and it must have been a case of these guys being very anxious.”

Police said the intruders approached the woman and ignored her command to stop. Coetzee said, “She saw a glint of the knife and that’s when she opened up.” She fired two rounds and the men jumped out a window, police said. No one was hurt, but the burglars got away with Croucamp’s purse, cash and bankcards.

Coetzee, in the second video, said he always sleeps with a handgun nearby because of escalating criminal activities in his country. The Institute for Security Studies has reported that murders in South Africa rose from 15,609 in 2011-2012 to 17,068 in 2013-2014.

The violence has spurred calls for stricter gun control in South Africa, much to Coetzee’s lament. “This is nonsense,” he said. “This is why the American people should never give up their gun rights. You should be able to defend your home and your family.” 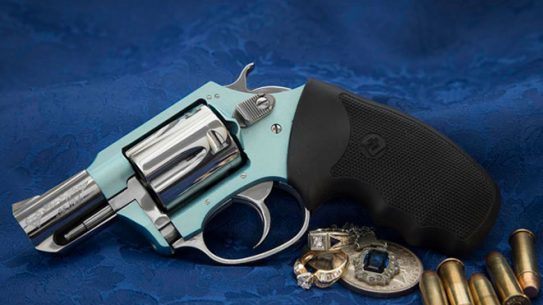 The Tiffany Revolver from Charter Arms caters to the growing female market.