Jeff Cooper Shoots From The Hip in Gunsite Gargantuan Gossip

Among the many dimwitted suggestions of our leftist administration is the one that we hire one hundred thousand more cops. It would seem obvious even to a Rhodes Scholar that one cannot buy high-quality personnel. To be a good cop calls for more, and more varied, attributes than can be expected among the top 25 percent of the population. The figure is probably nearer 10 percent. This is one of those social programs which cannot be improved by merely throwing money at it. However, because the liberals do not believe that there are any such problems, they will doubtless keep attacking them with the wrong solutions, as has been the case for the last 40 years.

“Campaigns to bear-proof all garbage containers in wild areas have been difficult because, as one biologist put it, ‘There is a considerable overlap between the intelligence levels of the smartest bears and the dumbest tourists.’”—Richard Wabrek

“There is no moral obligation for any of us to obey immoral or unconstitutional laws, but if you are caught be prepared to pay the price.”—Walter Williams 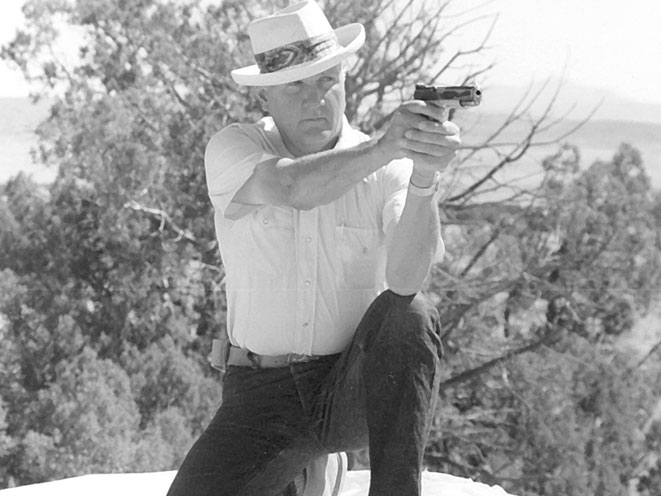 Who now speaks with authority on pistol technique? This question is almost impossible to answer. No one thought much about it up until the conclusion of World War II, and since that time the subject has been complicated by divergence and objectives between the public and private sectors.

When we opened the Pandora’s box of practical pistol shooting in California back in the late ’50s, we did not realize that a definite split would develop between those who shot a pistol in search of excellence and those who shot a pistol simply because they had to. The feeling, which we sometimes hear from the mouths of idiots, that “only the police and the military should have weapons,” ignores the fact that the police and/or the military are not likely to achieve any generalized level of excellence (though they indeed may turn out champions of highly specialized efforts). In any exercise in sporting competition only a limited number of champions will develop. It is possible that the techniques they use are not applicable to mass audiences.

We sympathize with the law enforcement people who are faced with the need to train increasing numbers of increasingly incompetent recruits forced upon them by politico-sociological conditions. For example, the late Bruce Nelson was once criticized when demonstrating the modern technique to some cop groups in California on the grounds that he “practiced a lot.” I did not realize then, and neither did he, that people who practice a lot with their weapons may be excoriated as “politically incorrect.” 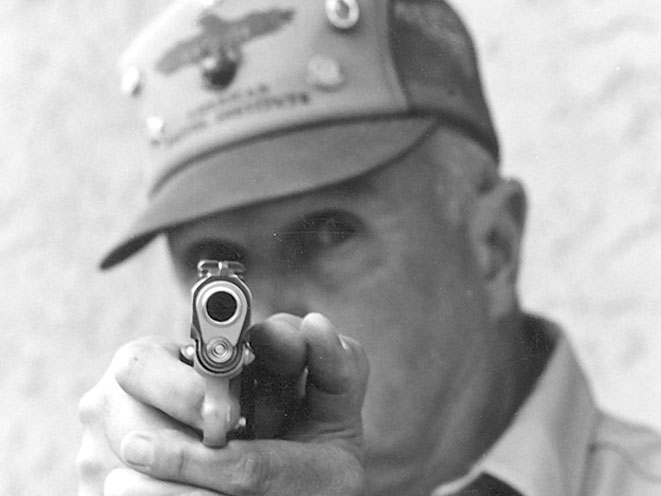 The Special Services of the military and the federal ninja also get into the act, though they try to keep the matter pretty much to themselves. On what basis they claim expertise is again open to discussion.

So we get back to the question, “Who really knows how to use a pistol?” I am not prepared to accept the counter question, “To do what?” I am going to stick with the proposition that a pistol is primarily means of saving a life—stopping a fight that somebody else started. The best pistol shot to my mind is the man who can best stop a fight, and his equipment must not be restricted by the half-baked regulations of procurement officers.

I see really good pistol shots perform now and then, but not often, and not in ways that necessarily reinforce the real­ism of the technique employed. Truly, pistolcraft has taken tremendous strides in the past 35 years, but we have not achieved the perfect solution even yet—mainly because there are too few people asking the right questions. 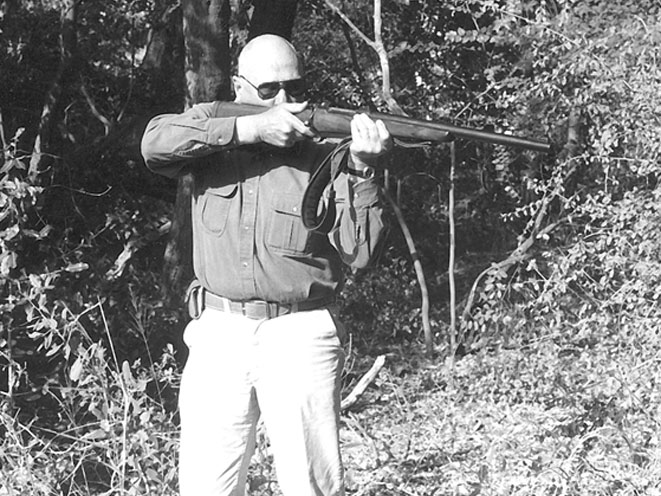 Hold your rifle out shoulder high, at arm’s length, by the small of the stock, muzzle up, and hold it for 60 seconds. If this test is painful for you, you are either badly out of shape or your rifle is too heavy for you. 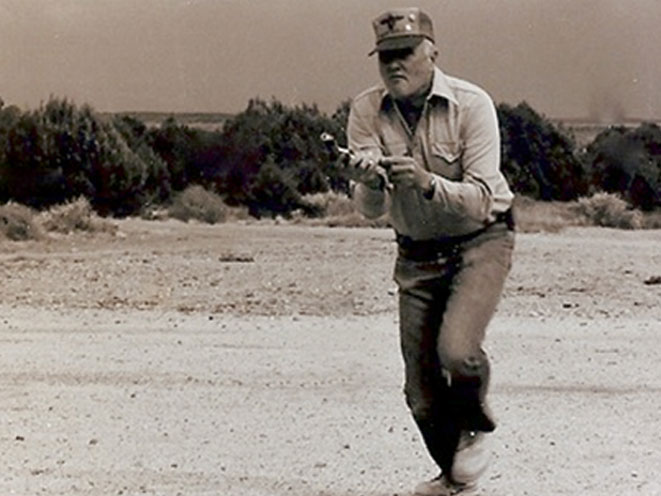 When you are lost in the wilderness or disabled so that you cannot travel, you break out your watch and fire three shots spaced exactly 60 seconds apart. Then you wait for 15 minutes and repeat the same procedure. Then stop. The idea is that a single shot, or three shots spaced quickly, might be inadvertent, but that three shots spaced precisely apart suggest that communication is being attempted. If anybody hears and heeds, he will note your second series of three and home in on you. If no one hears, it is best to wait a couple of hours until your absence has been noticed and then repeat the procedure. This is why a hunter should carry more ammunition with him in the field than he will probably need to bring home his venison.

Note: The intellectual property of Jeff Cooper is owned by Gunsite Academy and reprinted from Gunsite Gargantuan Gossip with their permission. Cooper’s books are available from the ProShop (928-636-4565; http://www.gunsitestore.com) and http://www.jeffcooperbooks.com