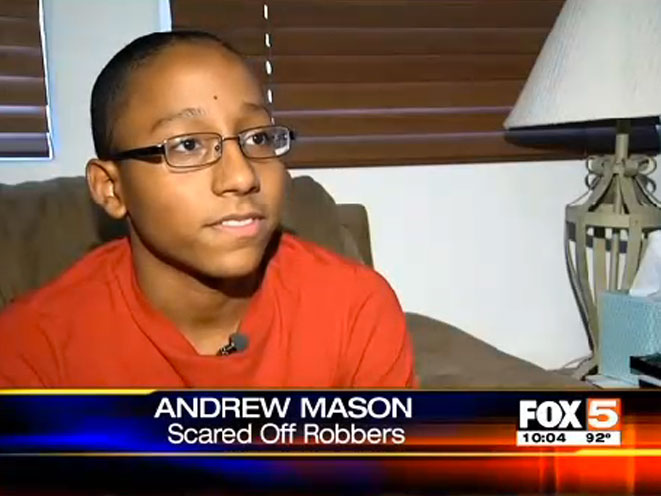 An attempted home invasion in North Las Vegas was felled by a teenager armed with a rifle late last week.

According to FOX5 Vegas, 14-year-old Andrew Mason was at the home located near Ann Road and Aliante Parkway with his younger brother and sister, both six years old, when the incident occurred.

Surveillance footage shows the two teenage suspects driving up, exiting their vehicle and then ringing the front doorbell repeatedly. The suspects eventually broke the entry door window frame, reached in and unlocked the door from the inside.

That’s when Andrew sprung into action.

The suspects made their way through the home and eventually came face-to-face with Andrew.

“I had my gun loaded and ready to shoot, but when he saw me he just took off running,” he said.

Homeowner Kieawa Mason told FOX5 Vegas he has prepared his family for an event such as this one.

One of the intruders managed to grab a safe on their way out, and there were no reported injuries. Andrew’s friends have identified the suspects after viewing the surveillance footage. Police are expected to make an arrest soon.

“He’s excellent. He did everything perfectly. [He] couldn’t have done better, and he’s actually a hero,” Kiewa Mason said of Andrew. 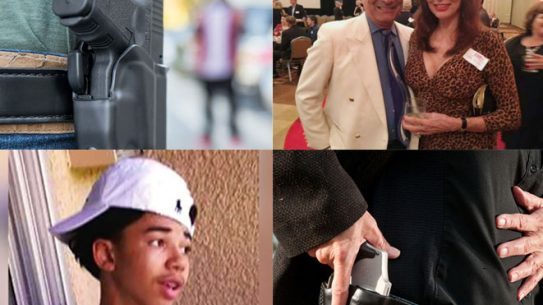 10 Cases Where A Concealed Carry Handgun Saved The Day

A roundup of ten recent news stories where a bad guy was taken down...