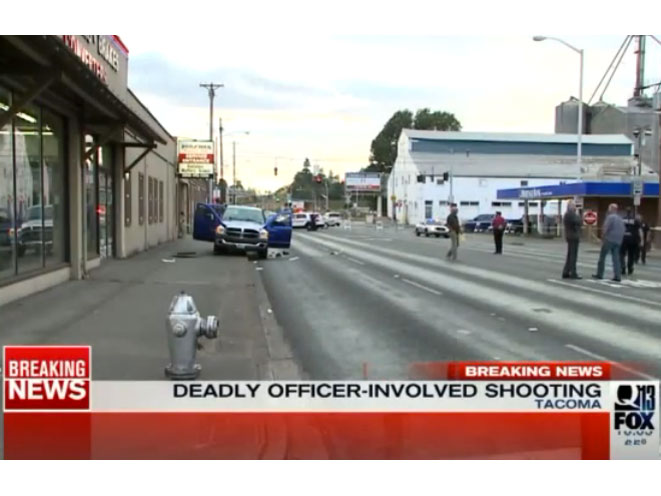 According to the Tacoma News Tribune, the officer was driving in his vehicle on South Tacoma Way at around 5:30 p.m. when he spotted a group of people fighting and then take off running.

The officer proceeded to follow the group, who turned out to be two citizens that witnessed a man push a woman to the ground and steal her cell phone at a bus stop. The pair had chased the suspect to his truck parked at South 56th and South Washington streets and confronted him.

That’s when the robber drew a gun and pointed it at the witnesses, causing them to flee.

The officer arrived at the scene just as the suspect was getting into his truck. The officer pulled over, identified himself as an off-duty police officer with the Tacoma Police Department, and ordered the man to drop his gun multiple times.

The suspect did not comply and continued to point his gun at the witnesses who chased him.

The officer opened fire and shot the man once in the torso. The man fled in his truck, but only traveled a short distance before crashing.

The suspect was transported to an area hospital, where he died from his injuries.

As the News Tribune reports, Tacoma Police spokeswoman Loretta Cool said the gun the officer used in the shooting was his personal weapon. The officer is reportedly a 23-year veteran of the Tacoma Police Department, with 29 years of law enforcement experience overall. 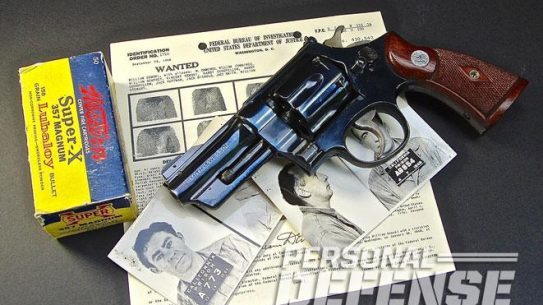 A Brief History of the Smith & Wesson .357 Magnum Revolver

Original N-Frame revolvers laid down the law with added power!