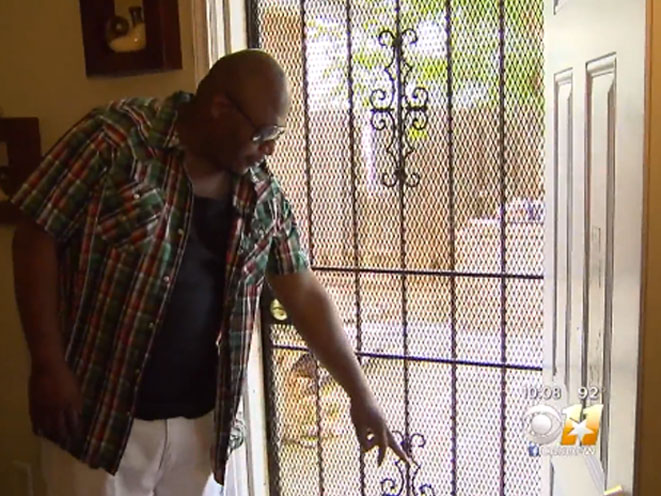 (Photo by CBS Dallas/Fort Worth)
Comment(s)

A Dallas area homeowner opened fire on two intruders Tuesday morning, shooting one and sending the other running.

According to CBS Dallas/Fort Worth, Kendrick Dickson was sleeping inside his Lake Highlands residence when he heard a loud noise. He got up and discovered that two men had used a crowbar to pry open a side door. The suspects were walking through his house.

“I was kind of scared at first,” Dickson said. “I got my 8-month-old little boy here.”

That’s when Dickson grabbed his rifle and shot at one of the suspects.

“I stood right over there and shot him. And, as I shot him, his friend pushed him down on the ground and ran out,” he said.

The injured burglar also managed to flee the scene.

As CBS reports, Dickson called the police, who had already received word of a man with a gunshot wound asking for help at a nearby store. The man matched Dickson’s description of one of the intruders, and police are in the process of obtaining a warrant for his arrest while he gets treated for his injuries at an area hospital.

The suspect’s accomplice has not yet been located.

Dickson has no regrets about opening fire on the home invaders. 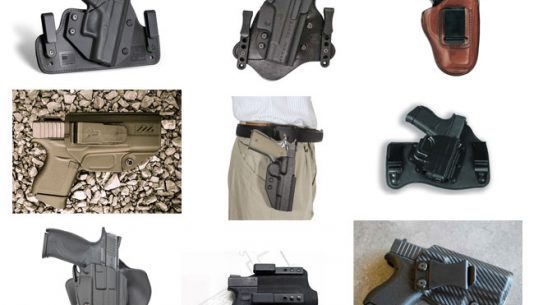 From the Alien Gear Cloak Tuck 3.0 to GLOCK 43 holsters by DeSantis, CrossBreed,...