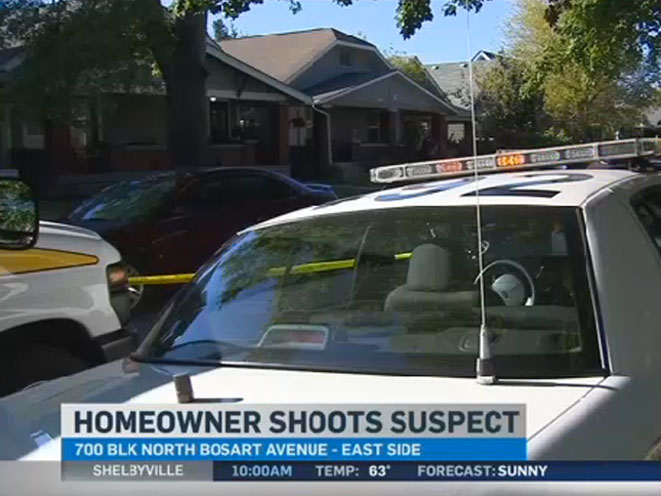 A home invader remains in critical condition at an Indianapolis hospital after being shot by the 76-year-old husband of a woman he attempted to rob at gunpoint early Monday evening.

According to the Indianapolis Star, police said the suspect — later identified as 27-year-old Anthony Talley — entered a rental office inside a home located in the 700 block of N. Bosart Avenue around 4:45 p.m. and pointed a gun at the 75-year-old woman who was present at the time.

What Talley didn’t realize is that the woman’s husband happened to be in the back of the office at the time. The husband grabbed a handgun, made his way to the front of the house, and shot Talley multiple times, including once in the head.

Police arrived and Talley was transported to Eskenazi Hospital to be treated for his injuries.

The woman was uninjured during the incident.

As the Indianapolis Star reports, Talley has multiple open warrants for his arrest in Indianapolis, including strangulation, drug dealing, possession of a firearm without a license and resisting law enforcement.

Neighbors told the Star that the house is the site of a property rental agency, and it is not uncommon to see people walking in and out of the house during all times of the day to drop off their rent checks.

There is no indication that the husband is facing charges for the shooting. 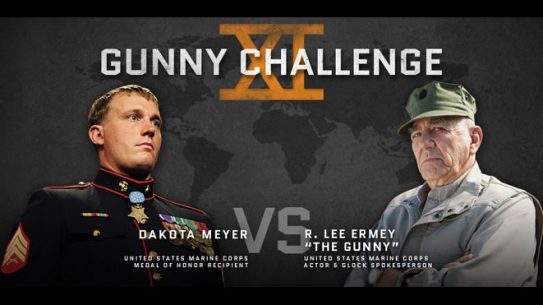 Back by popular demand, the Gunny Challenge XI will pit two Marines against each...