The Kimber Micro Raptor Stainless in .380 ACP (shown with a Galco Stinger belt holster) looks as good as it performs.

With the new Micro Raptor, what comes out of Kimber’s Custom Shop is a lightweight, fully tuned, 6+1 capacity pocket pistol that leaves absolutely nothing to be desired. It is the personification of custom in a .380 ACP semi-automatic.

Kimber introduced its first .380 ACP model, the Micro CDP, in late 2012. What was noteworthy about that semi-auto was that Kimber had never produced a .380 prior to this, being known primarily as a custom builder of larger 1911-style pistols and, of course, the smallest 9mm ever, the Kimber Solo. So moving down to .380 ACP was the next logical step since it allowed Kimber to offer a custom-grade CCW sidearm in every popular self-defense caliber.

With the exception of the Solo, the New York armsmaker has never tried to reinvent the wheel—just to make a better-functioning, better-looking wheel—and this is the case with the Micro CDP. What then does Kimber bring to the table? Just about everything. 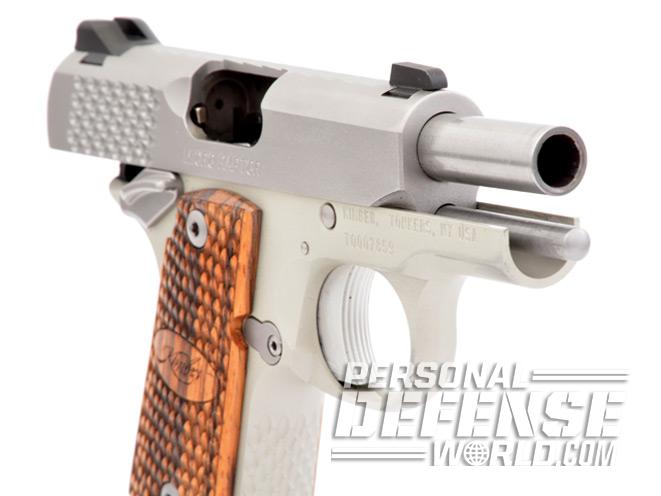 There are two versions of the Micro Raptor, both of which have a lowered and flared ejection port; a distinctive flattop slide and mainspring housing featuring deeply cut scales; scaled gripping surfaces on the frontstrap and slide (replacing traditional vertical serrations); an ambidextrous thumb safety; three-dot tritium night sights; and Zebra wood grips. The matte black version, at $939, is the lower-priced of the two. The Micro Raptor Stainless, the high end of an already high-end gun, adds a matte stainless steel slide, a matching, satin-silver-finished, aluminum frame and Kimber Custom Shop markings, all of which modestly ups the price to $960.

From the inside out, both Micro Raptors are fine-tuned for enhanced handling and operation to further justify their prices. Coming from the Custom Shop, each pistol’s parts are meticulously finished and hand fitted. The Micro Raptor’s recoil spring offers 8 pounds of resistance around a full-length steel guide rod. The 2.75-inch barrel is polished stainless steel, the blackened hammer is skeletonized and the match-grade trigger, made from solid aluminum, is set to approximately 7 pounds of resistance. The pistol’s aluminum frame has a high, undercut triggerguard and a beveled magazine well. The slide is stainless steel. As a finishing touch, the guns have Kimber’s “Carry Melt” treatment to minimize catching on clothing or holsters during your draw. This lengthy list of upgrades puts the Micro Raptor among the best .380 pistols in the world. 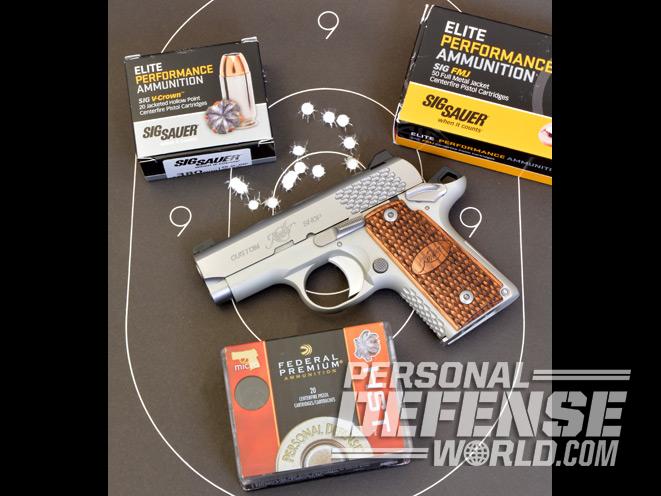 Handling the Kimber Micro Raptor Stainless is an exercise in smooth operation. The single-action trigger has a short, consistent pull that averaged 6.8 pounds. The curved, ambidextrous thumb safety operates easily, and the slide release requires only moderate pressure to drop empty magazines cleanly.

Shooting from a distance of 7 yards, the tightest five-round group delivered a spread of 1 inch with two overlapping, and a best three-round cluster at 0.59 inches in the 10 ring.