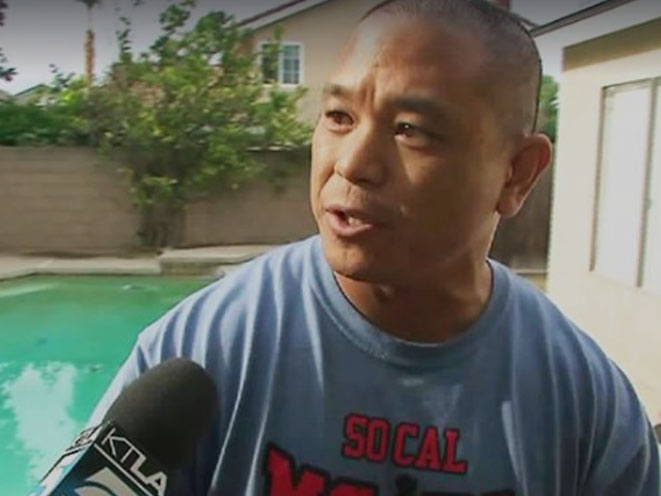 A Santa Ana homeowner with years of Krav Maga training fought back against two intruders during a home invasion, wrestling their gun away from them and sending one suspect to the hospital with a bullet wound.

Erickson Dumaual told KTLA he was in his bedroom at his home located in the 2500 block of Manly Avenue at around 4 a.m. when two men entered the room. One of the suspects placed a gun against his head and demanded valuables.

Dumaual told the man he didn’t have anything worth taking, but the second suspect started searching the room. While this was going on, the armed suspect turned his head towards his partner.

That’s when Dumaual — who has seven years of Krav Maga self-defense training — sprung into action and went for the gun. He managed to pin the suspect against the wall, take him down to the ground and grab his firearm.

“All I want to do is make sure this guy doesn’t hurt me, my family or anybody else,” Dumaual said.

The gunman’s partner fled the scene during the struggle, but that didn’t stop the suspect from attacking Dumaual.

According to KTLA, Dumaual shot the suspect in the leg and pushed him into his swimming pool when he tried to escape.

Police arrived on the scene and the intruder was arrested and transported to a hospital to be treated for non-life-threatening injuries. He has been identified as 19-year-old Bryan Bravo, a documented gang member, KTLA said.

The second home invader is still on the run.

Dumaual was uninjured save for glass in his feet from a broken window. 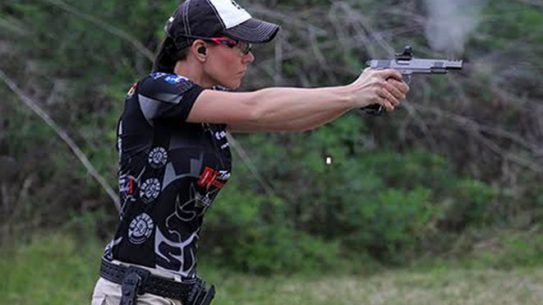 Jessie Duff shot with precision, power and speed to claim first place in the...