An Ohio woman shot an intruder in self-defense yesterday morning.

According to WHIO, the 43-year-old homeowner was in her house — located on the 200 block of Richmond avenue in Dayton — at around 4:00 a.m. when she heard the suspect attempting to gain entry into the home via a second story window. After realizing what was going on, she called the police.

Before the authorities arrived, the man entered through the window and confronted the woman, who by this point had grabbed a gun, which she used to shoot the suspect in the chest.

Police said the man fled out the same window after being shot, and ran for a block before collapsing.

As WHIO reports, the suspect — identified as 22-year-old DeBrandon Jurrod Dickerson — was transported to Miami Valley Hospital to be treated for the gunshot wound, where he eventually died from his injuries.

Police continue to investigate the shooting, but the female homeowner likely won’t be charged. It’s not currently known if there is a connection between the deceased suspect and the homeowner.

“You have a right to protect yourself if you fear for the safety of yourself and or your family,” said Dayton Police Homicide Division Supervisor Sgt. Richard Blommel. 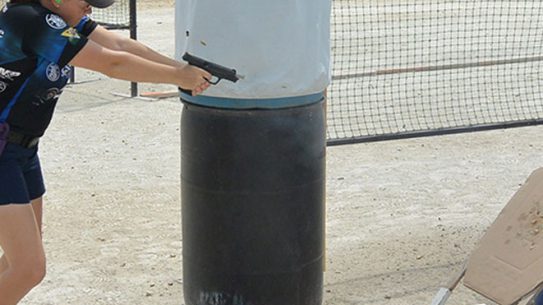