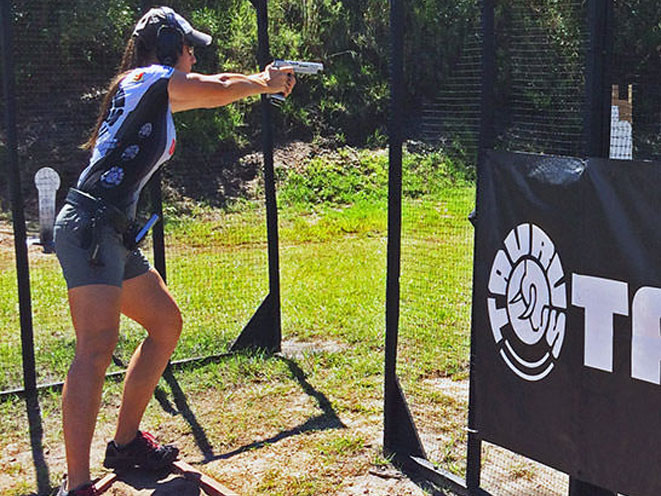 Jessie Duff is one step closer to ending the year with multiple championship titles under her holster. The “friendly” city of Frostproof, FL offered her another chance to add to her list of accomplishments. Duff won her 7th Ladies Limited Division Title this past weekend at the 2015 USPSA Handgun Nationals.

Duff’s shooting season continued as she entered the tough competition in central Florida with the nations’ top shooting competitors. The Taurus Team Captain set the standard for the rest of the competition, winning 14 out of 21 ladies stages with grace, speed and accuracy. “The Limited Nationals were by far one of the most challenging matches we’ve shot in a long time, one that is deserving of a national title. The field of ladies improves each year, its such an honor to have won the limited title,” stated the seven-time Ladies Limited Champion.

“Taurus is once again very pleased with the performance of Jessie Duff at the 2015 USPSA Handgun Nationals”, states Tim Brandt, Director of Marketing. He further comments, “Jessie’s performance at this match was nothing less than expected, given her talent and commitment to the sport.”

RELATED STORY: The Pros and Cons of 7 Concealed Carry Holster Types for Women

As a veteran of this course, Duff’s familiarity and preparedness helped her achieve top honors.

Jessie will round out the year at the World Speed Shooting Championship November 11th to November 14th in San Luis Obispo, CA.

Jessie Duff has taken her shooting career of a beginner, all the way to a top ranked professional, earning multiple World and National Champion shooting titles, in five different shooting disciplines. Among these are the prestigious Bianchi Cup and the World Speed Shooting Championships. Jessie has also ranked in numerous regional and state champion matches as well. Reaching this level of shooting performance in her career, defines a well-disciplined competitor and role model for the Taurus Shooting Team. For more information, visit: www.jessieduff.net, www.facebook.com/jduffshoot, or www.twitter.com/jessie_duff.

Headquartered in Miami, Taurus Holdings, Inc. owns or represents some of the most recognized and valued brands worldwide, including Taurus®, Rossi®, Heritage™ and Diamondback™. Known as an innovator within the firearms industry, Taurus Holdings is a leader offering quality and value-packed firearms to the United States and Canada. Taurus International services all Taurus brand firearms under the LIFETIME REPAIR POLICY™ as well. For additional information about Taurus, visit www.taurususa.com. 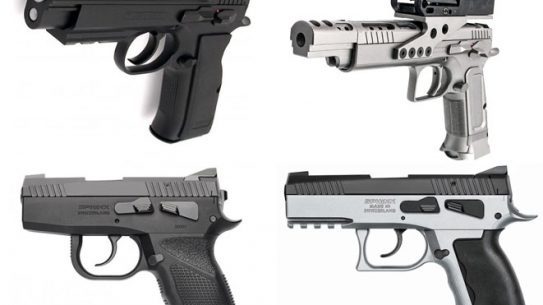 Here's a look at four pistols by Tanfoglio and Sphinx that recall the legendary...