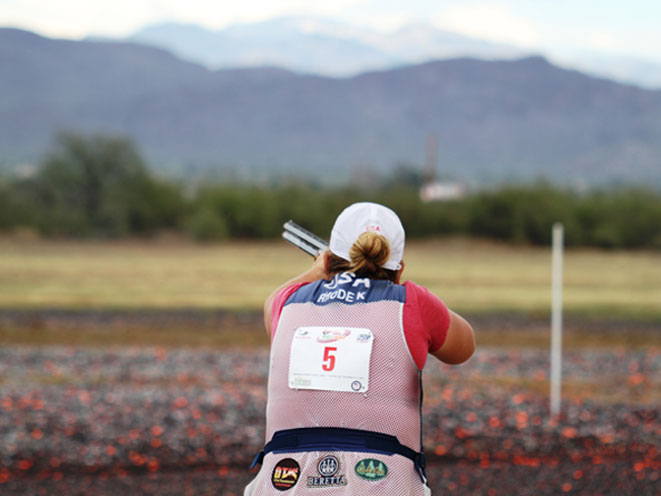 Participants arriving at the club just outside Tucson, Arizona Saturday morning found the skeet fields almost fully submerged in water after a fierce thunderstorm blasted the southwestern desert city overnight.  Club members could only remember one other time in 23 years in which rain fell like that as club, USA Shooting staff and attendees combined forces to remove water so that the final day could get underway.

Once it did, it was five-time Olympic medalist Kim Rhode (El Monte, California) giving us the not-so-unusual as she did enough over 250 targets and two finals to ensure she’ll have a five-target advantage when the Olympic Trials resume next May in Tillar, Arkansas.  Just how big of an advantage is that?  Well, there’s a bigger gap in Women’s Skeet than all other disciplines combined (4).

That won’t mean that Rhode will rest easy as she eyes a sixth Olympic Team bid, but it does give her some satisfaction after a trying 2015.

“It’s obviously nice to walk away with a nice little cushion and I couldn’t be happier with my performance here,” said Rhode.  “There’s been a lot of stuff going on with me health wise and extracurricular distractions personally this year, so it was nice to actually get here and feel halfway decent and be able to put the scores together with all the hard work and things we’ve been going through. It’s a fantastic outcome to see everything that we’ve been working for and plugging away at come together. It’s just been one of those years, but that’s what definitely tests your ability. That’s what the Olympics represent.”

Rhode built her lead by out-shooting her opponents by three targets during 250 qualifying targets over four days with a 237/250. She finished first in the first Final Thursday and then earned a bronze medal in Saturday’s Final.

Amber English (Colorado Springs, Colorado) is within striking distance down by five after hitting 233/250 and finishing second and third in each of the two finals to put herself into second place.

“Wow, what a match,” English said.  “The one thing women’s skeet has is depth, and I’m happy to shoot against some of the toughest girls domestically and internationally.  By all means, I wasn’t all that happy with my performance, but it was enough for the time being.  After the match, I know exactly what I need to work on before May.”

Nine back of Rhode is 16-year-old Katie Jacob (Rochester, Michigan) who announced her presence among a talented field with a terrific performance throughout the week that included appearances in both finals. Dania Vizzi (Odessa, Florida) is in fourth position, 12 targets out.  Caitlin Connor (Winnfield, Louisiana), who finished second at World Championships in a shoot-off to Rio bound Olympian Morgan Craft (Muncy Valley, Pennsylvania), struggled to put it together during her rounds in Tucson, but earned some positivity and showed her grit by getting into today’s Final and finishing with a first-place finish.  Despite that, she’s 16 targets back after nearly making the Olympic Team via the points system. Had she beaten Craft in Lonato, she would have been the one claiming the first Olympic Team spot.

The scenario is quite the reverse in Men’s Skeet, as four days of competition solved virtually nothing in the race to join two-time Olympic gold medalist Vincent Hancock (Eatonton, Georgia) in Rio.  His 2012 Olympic teammate Frank Thompson (Alliance, Nebraska) is in the running as is U.S. Army Marksmanship Unit’s (USAMU) Hayden Stewart (Columbia, Tennessee).  The two are tied in total points and there’s another nine athletes within 12 targets, setting up what will be a nerve wracking four days next May in Tillar.

It was the tale of two halves for both Thompson and Stewart.  Thompson enjoyed a good first half of a match, missing just two qualifying targets and finishing second in the final.  Stewart, meanwhile, enjoyed a turnaround in the second half of the match as he was one of a handful of athletes to shoot better during their second 125 targets in qualifying.  Increasing his qualifying total by five targets, Stewart used that momentum to take first in today’s Final.  After two days of competing, Stewart found himself down 11 points to Thompson, which should give great hope to those nine other athletes.

The most consistent performer, Phillip Jungman (Caldwell, Texas), is in third, two targets out.  Jungman was the only competitor to make both Finals, scoring a 118/125 in each of his two qualification rounds.  Aaron Wilson (Lansing, Kansas) and Pan American Games champion TJ Bayer (College Station, Texas) are tied for fourth, four targets back. Dustin Perry (Lovelady, Texas) is five targets back in sixth after struggling in his second qualification phase where he was 10 targets shy of the mark he set in the first round of qualifying.

WORLD CUP FINAL UPDATE:  Rio Bound Olympian Morgan Craft (Muncy Valley, Pennsylvania) capped what has already been a stellar season after winning an International Shooting Sport Federation (ISSF) World Cup Final Bronze medal in Women’s Skeet in Nicosia, Cyprus earlier today. Craft tied for the top qualifying score of 74, her personal best international score. She shot 14/16 in the semis to enter the bronze-medal match against Cyprus native Andri Eleftheriou. Each of them would be perfect through 16 targets and another five shoot-off targets before Eleftheriou missed to hand Craft the bronze. 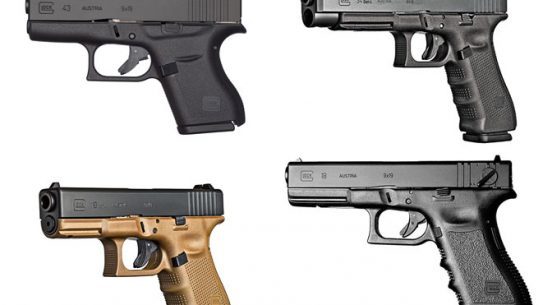