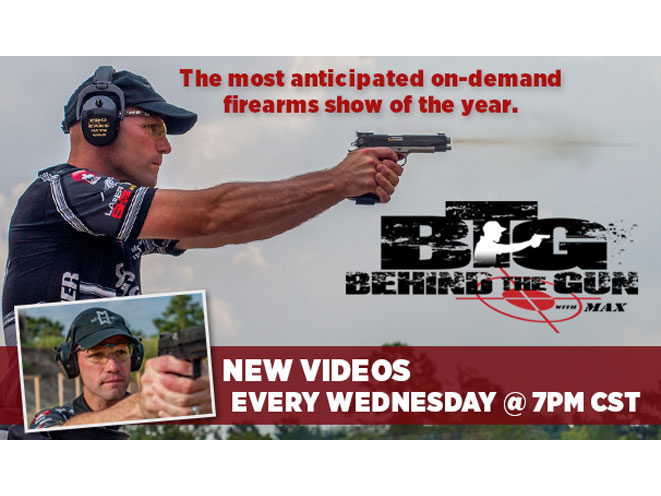 The following is a press release from Legally Armed America

Legally Armed America Inc., the pro-gun network of companies dedicated to preserving the Second Amendment and enriching the shooting sports lifestyle, announces a new on-demand firearms show featuring world champion shooter, Max Michel. Behind the Gun debuts on Wednesday, November 4 at 7 p.m. CST, and can be viewed at www.MaxMichel.com every Wednesday for 10 weeks.

Confederation (IPSC) World Champion Max Michel, Jr. is an accomplished world class shooter. The only person in history to win five World Speed Shooting Championships, Michel also owns eight USPSA National Championships, four US Steel National Championships and two Pro-Am Championships. Michel was recruited into the US Army Marksmanship Unit (USAMU) where he ultimately became coach of their Action Pistol Team, and during his 10 year career in the US Army as Staff Sergeant, Michel developed one of the most dynamic training programs for today’s soldier and elite warriors.

Behind the Gun features Michel’s proven battlefield and competitive shooting techniques for shooting such as fundamentals of the draw and trigger control, but also includes other exciting and popular topics in the firearms world such as concealed carry, range etiquette, and Max’s own particular style of gear reviews.

“There’s so much more that interests me in the gun world besides shooting fast and accurately,” explains Michel. “Behind The Gun gives me a great opportunity to share my passions with others in a format that’s fun and entertaining. And with a production team like Legally Armed America that are known for doing just that on their own TV show and videos, I’m excited to both inform and teach our audience,” he added.

For years Michel has been shooting matches across the United States as Sig Sauer’s Team Caption, as well as teaching shooting courses to hundreds of shooters a year. He even had a starring role on the Sportsman Channel’s Hot Shots television show. Many of his students and fans have expressed interest in seeing instructional videos with Max Michel in them.

“Being able to present many of my course topics, as well as a wide variety of gun-related subjects all while having fun and working with a knowledgeable team is very rewarding,” says Michel.

President of Legally Armed America, Paul Glasco, is equally excited to be working with Michel on Behind The Gun.

“When a guy who’s the current IPSC World Champ, a World Speed Shooting Champion, and a US Army Veteran partners with you on a project, it tends to elevate your game a little. On the set of Behind The Gun, you never hear the phrases ‘good enough’ or ‘that’ll do’ uttered from anyone. Things are done at a Max-inspired championship level every step of the way,” says Glasco.

“The timing couldn’t be better for our partnership,” explains Glasco. “The landscape of television and how people choose to view their entertainment is rapidly changing before our eyes. If viewing habits of people are yet to be defined in a changing landscape, why can’t we be the ones who actually define how it’s going to be?”

Behind The Gun will also experiment with live-streaming during its run allowing Max to connect directly with his viewers via the Internet. Stay tuned to www.MaxMichel.com for details on when that will be available.

“With Ben Cook and Absolute Echo providing promotional assistance for Behind The Gun, the show is poised to turn a lot of heads and push shooting sports on television in a completely new direction,” added Glasco.

“Since Max is the Sig Sauer Team Captain,” explains Glasco, “we’re giving away a Sig Sauer AR for the next Gun District monthly gun giveaway. We chose the SIG522 Classic AR-15 which just happens to be the first firearm Max’s children ever shot,” said Glasco.

Those wishing to enter the giveaway can visit http://www.gundistrict.com/giveaways to enter. Entrants must be a member of Gun District. Membership is completely free of charge. Click here for a video with details and entry instructions.

Not only will viewers be able to catch all the clips from Behind The Gun online, but segments with Max Michel will also be included in Legally Armed America’s cable television show which airs on Suddenlink Cable in SW Louisiana.

Behind The Gun debuts at www.MaxMichel.com on Wednesday, November 4 at 7 p.m. CST. Each Wednesday after that for ten weeks a new episode premieres. 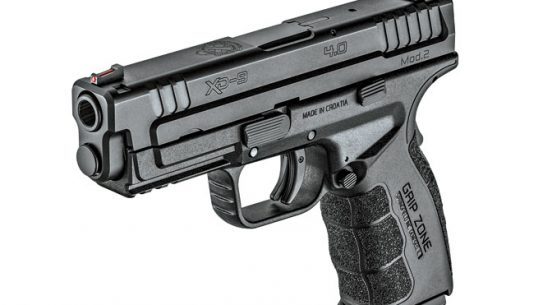 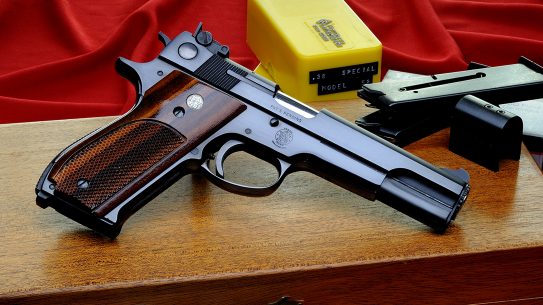