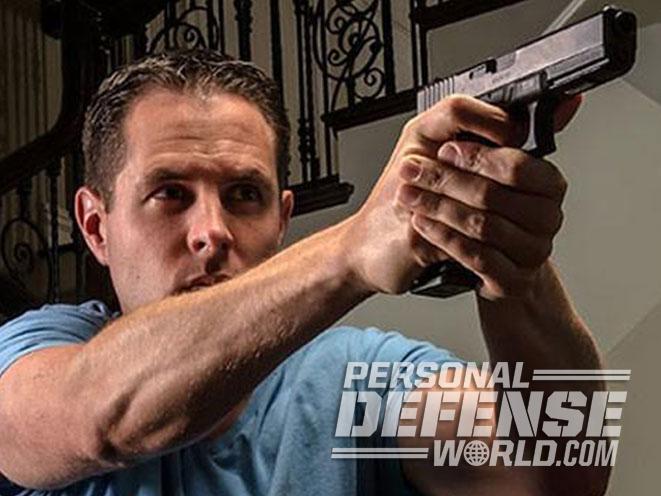 A Hartford man used a legally-owned handgun to hold an intruder for police after discovering him inside his father’s house last Wednesday evening.

According to the Hartford Courant, the man arrived to check on the home — as he does several times a week — on Harbison Avenue at around 6 p.m. when he discovered the front door was open.

The man, who also owns the property, cautiously entered the home and noticed several items missing, at which point he drew his handgun.

After making his way to the second floor, the man found 43-year-old Jose Morales-Cruz in one of the bedrooms stuffing Christmas decorations into a garbage bag.

As the Hartford Courant reports, the man asked Cruz what he was doing and Cruz immediately jumped up and started coming towards him.

“I kicked him and held him at gunpoint. I told him to him to get down on his stomach,” the man said.

The man then holstered his handgun and called the police.

A physical altercation ensued between the man and Cruz, who was “struck in the head during their struggle and … fell to the ground in a semi-conscious state” according to a police report cited by the Hartford Courant.

At that point, the man removed Cruz’s belt and tied his arms behind his back. He then escorted Cruz outside and waited for police to arrive.

Cruz’s bail has been set at $150,000. He has also been charged with violating his probation by using illegal drugs, the Courant said. 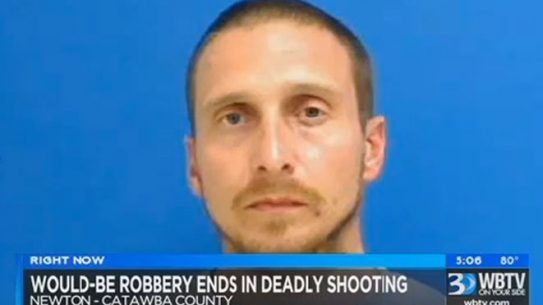 A robber in North Carolina was shot and killed by his intended victim after...