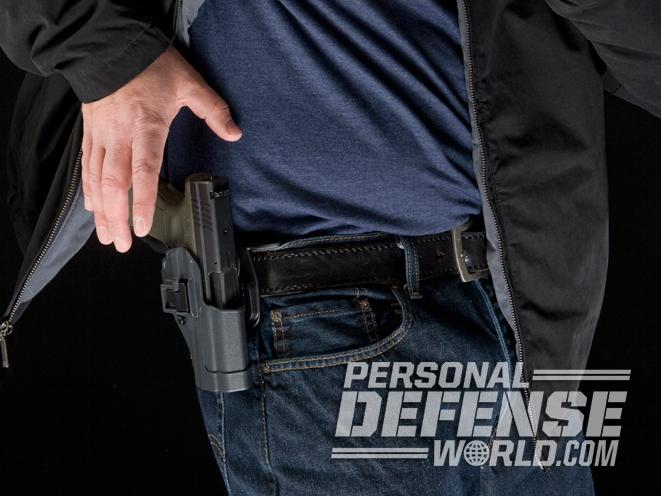 The suspect, identified by C & G Newspapers as 43-year-old Henry Houston Mann, walked into Citizens Bank in the city of Warren on Sept. 21 and pulled a loaded handgun on employees and customers, including the concealed carrier known only as a 60-year-old local autoworker.

Warren Police Detective Sgt. Stephen Mills says the customer happened to be in the restroom when the robber initially entered the bank. As soon as he exited the bathroom area, Mann forced the customer into a corner of the bank along with everybody else.

“The guy (the suspect) actually physically assaulted him. The victim comes out of the bathroom, and he exits into the lobby area of the bank itself,” Mills told C & G Newspapers. “The suspect now makes this decision. He pulls his gun out and points it right into (the customer’s) face. The gun is literally inches from his face. He grabs him and pushes him into a corner.”

Fearing for the safety of himself and everybody else in the bank, the customer decided to act. According to Mills, he pulled out a concealed 9mm handgun and opened fire on Mann as he was heading toward the front door carrying the money.

Mann was reportedly shot in both arms, causing him to drop his weapon and a bag of cash. He collapsed right outside the bank as police arrived at the scene. He remains in custody.

As C & G Newspapers reports, Mann has along rap sheet that includes a 1989 conviction for  second-degree murder and assault with intent to do great bodily harm less than murder. 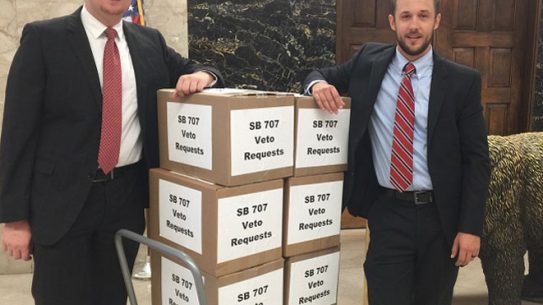 The campus carry bill, SB 707, would prohibit gun owners from carrying handguns for...