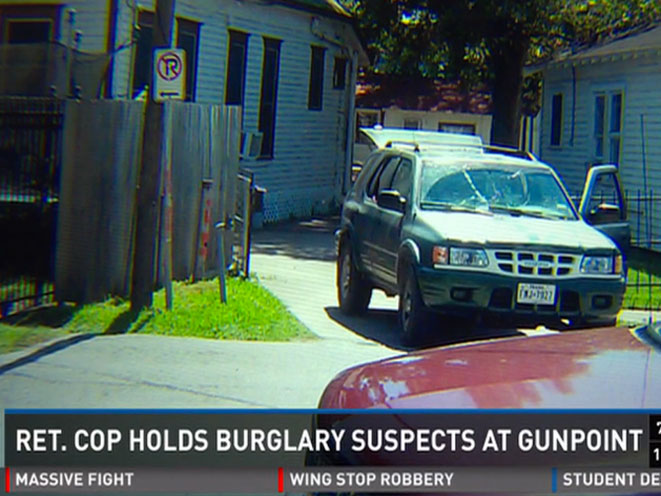 A retired police officer stopped a gang of thieves from robbing his neighbor’s house in Houston, Texas last Friday.

According to KHOU, Tony Zavala was at his home located in the Near Northside neighborhood when he noticed a suspicious car parked outside his neighbor’s house. His neighbors weren’t home at the time.

He then saw multiple suspects placing his neighbor’s valuables inside the vehicle.

That’s when Zavala sprang into action.

“I grabbed a pistol, ran out there and told them to stop, I got two of them on the ground,” said Zavala, who also prevented two additional suspects from fleeing the scene.

As KHOU reports, Zavala held the would-be burglars at gunpoint until police arrived.

“It kicks in. They’re robbing my neighbor. I’ve known him since he was a kid. I can’t let him get away,” Zavala said.

Cecil Conde, the homeowner whose house was being robbed, said he was grateful for Zavala’s actions that day.

“He knew what he had to do to protect not only the neighborhood but his neighbors here and for that I’m so thankful,” Conde said.

This isn’t the first time Zavala has had a run-in with a robbery suspect, KHOU said. A couple of years ago, he shot a man attempting to break into his home. 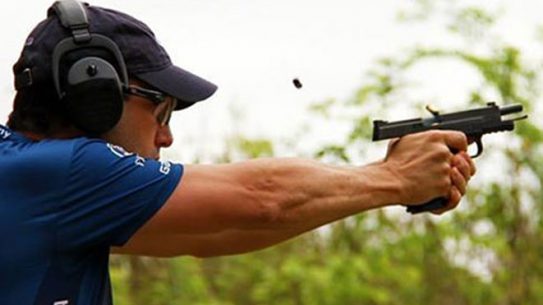 153 pistol shooters competed in one of six pistol divisions. Dave Sevigny won the...