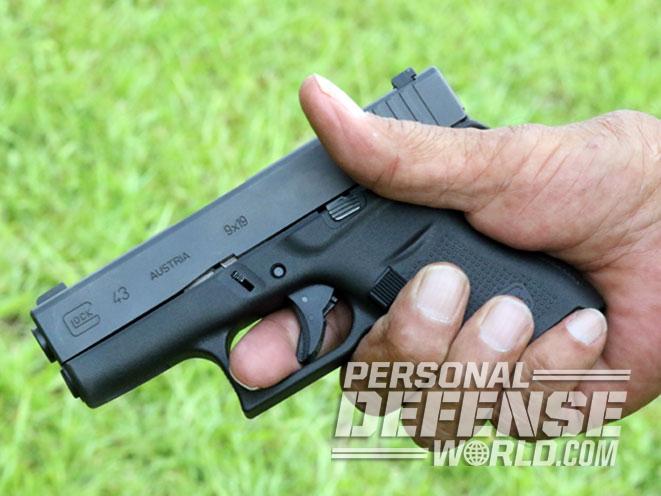 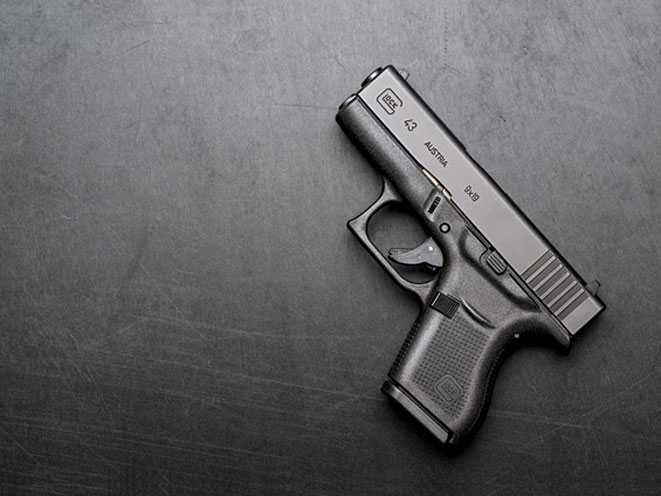 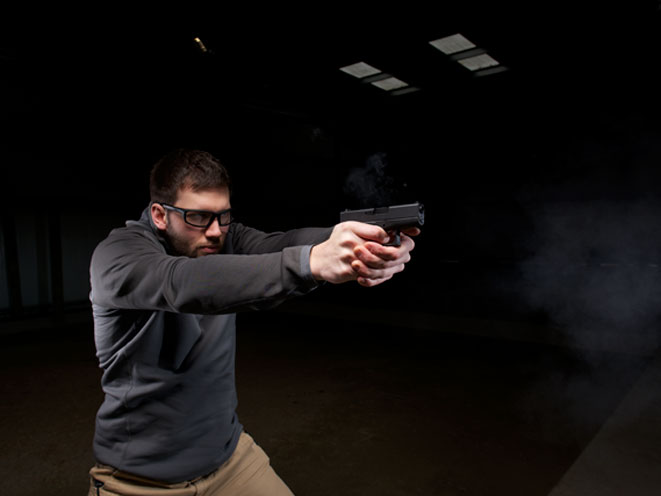 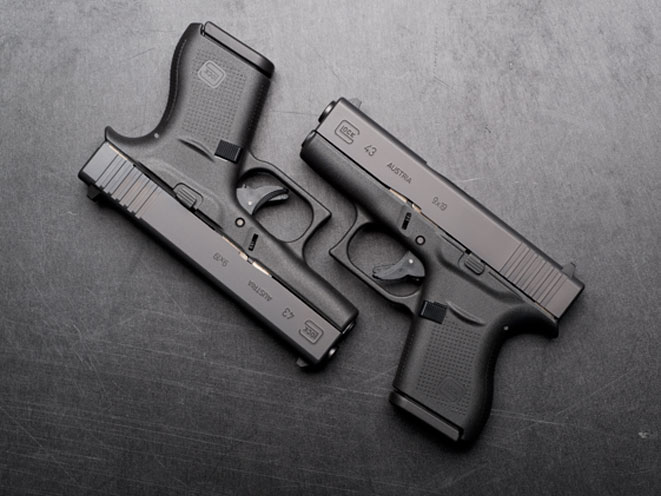 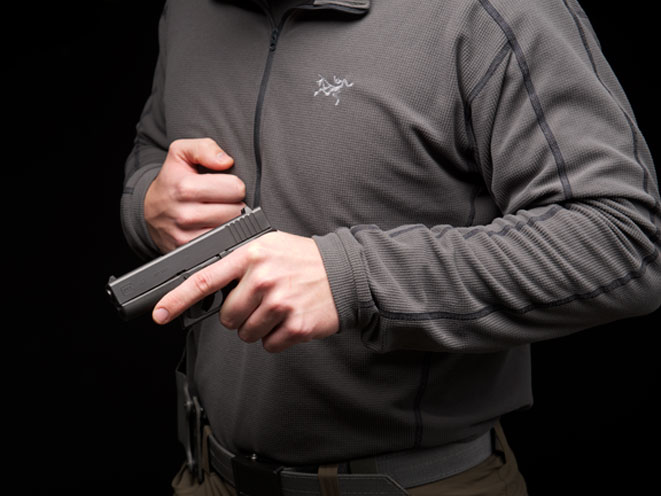 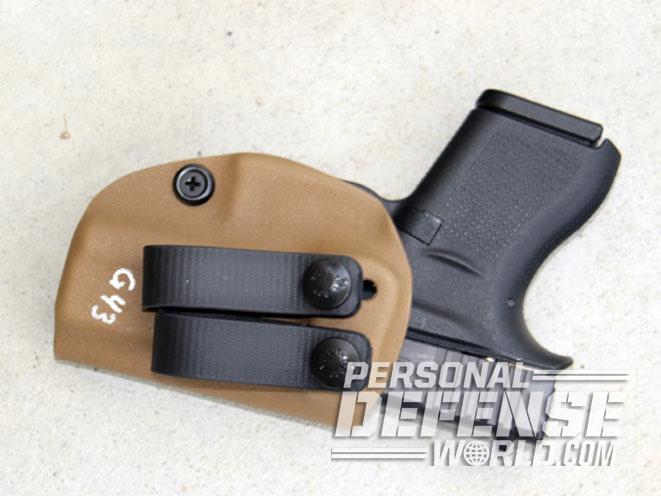 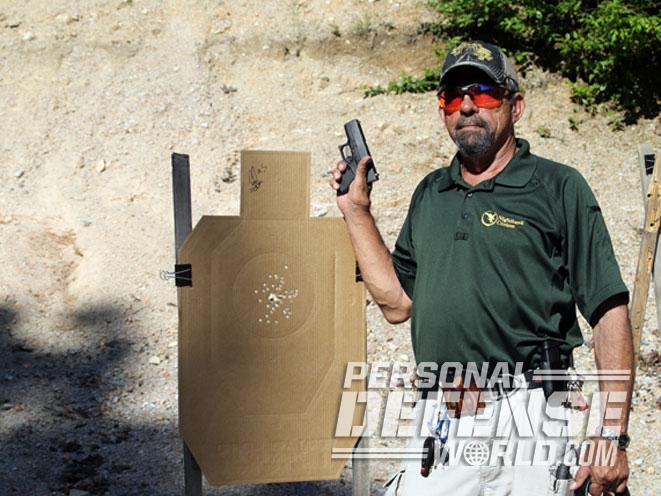 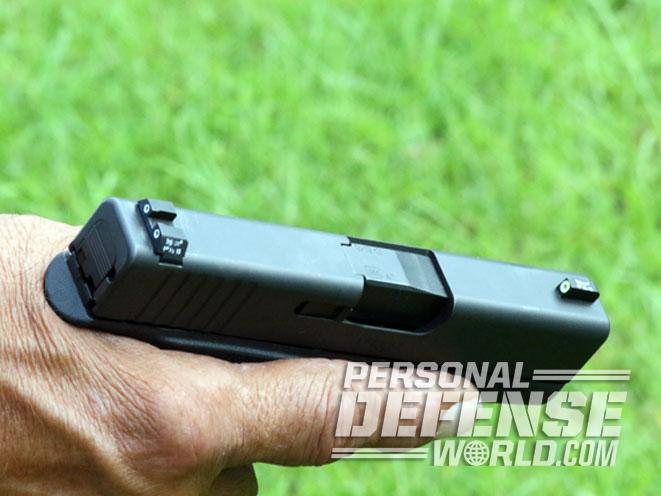 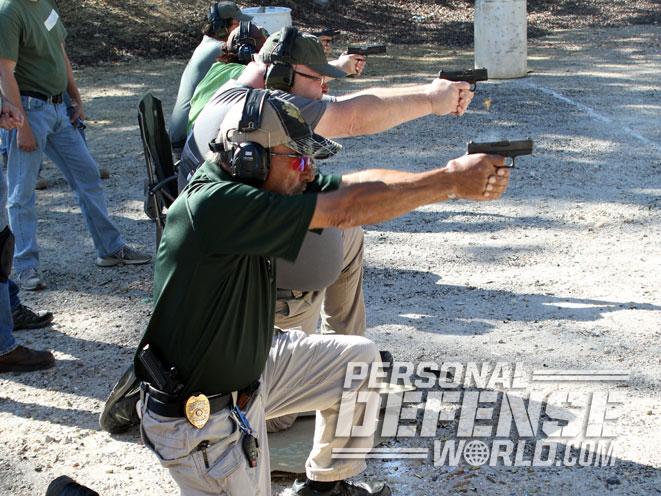 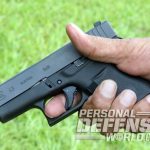 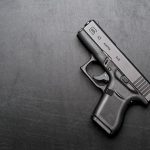 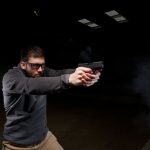 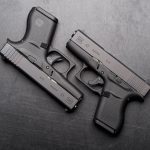 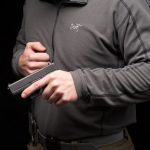 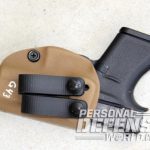 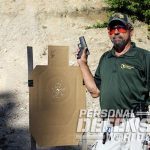 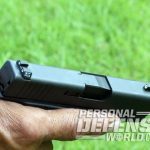 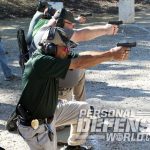 Introduced officially in April of 2015, the Glock 43 has already proven itself to be a winner. But why did this particular pistol garner so much interest when there were already several subcompact, single-stack, 9mm pocket pistols on the market? A part of it was Glock brand loyalty. But there are a number of attributes built into this subcompact Glock itself that have made it wildly popular. While similar in design to the even smaller Glock 42, the G43 is distinctly smaller and lighter than what was formerly the smallest Glock in 9mm, the hugely popular 11-shot Glock 26. They are two distinctly different pistols, each of which has a place in the world of concealed carry.

The extreme slimness of the G43 provides exquisite comfort in inside-the-waistband  (IWB) carry. My favorite such holster so far is from Yeti-Tac, which offered secure all-day carry and a fast draw. What I particularly liked about the pistol was the G43’s trigger reach, which is distinctly shorter than that of the standard Glock but longer than that of the G42. A double-action revolver shooter from way back, this writer gets the best trigger control with the distal joint of his index finger, and the G43 is absolutely perfect for that. For very small hands, the G43 should center the pad of the trigger finger exactly across the face of its trigger, which many experts consider the “sweet spot.”

An important feature of the G43 is its short grip frame. This is what limits it to a six-round magazine if you want minimum size, though larger-capacity magazines are already available. It was the short butt achieved through the six-round magazine that allowed the G43’s grip frame to be as compact as it is, which means it actually fits well in most pocket holsters. Even more important, once a hand is on the gun and it has to be maneuvered up and out of that pocket, the shorter butt makes the G43 faster to bring into action from that location. 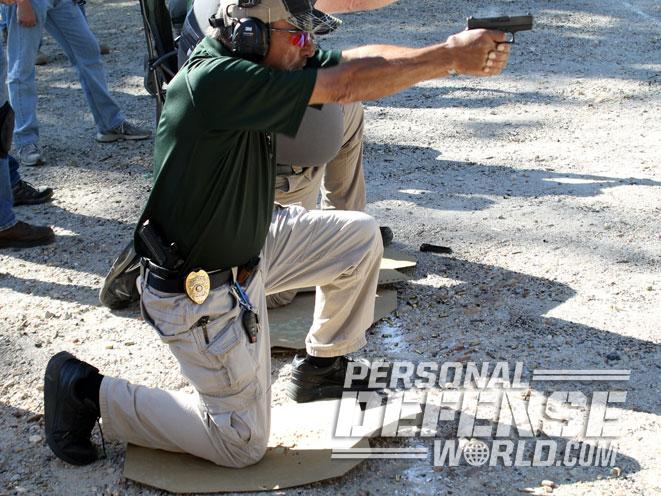 From a benchrest at 25 yards, I was able to get five-shot groups as tight as 2.1 inches with the G43. While running a shooting class in Arkansas with the G43 as my teaching gun, I was able to shoot a “pace-setter” on the last day’s qualification with it that delivered a perfect score—300 out of 300. Well into a four-figure round count now, my test Glock 43 has proven quite reliable. Muzzle jump is a little bit more than some other subcompact 9mms, but in running plate racks with multiple shooters and several similar guns, all of them shot the G43 better than the other similar pistols, muzzle rise notwithstanding. I consider that positive feedback favoring the G43.

In the months since the G43’s introduction, I’ve talked with the lead firearms instructors of two police departments—one state, one municipal—who have adopted the Glock 43 as a backup gun for their armed personnel. The city police department had previously found that the .380-caliber Glock 42 pistol was the most popular of the backup Glocks they had made available to their cops, but they wanted the greater power of the 9mm in a barely larger package. 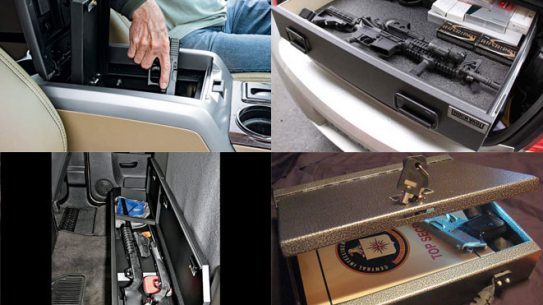 Be securely armed and ready wherever you roam with these innovative gun safes and... 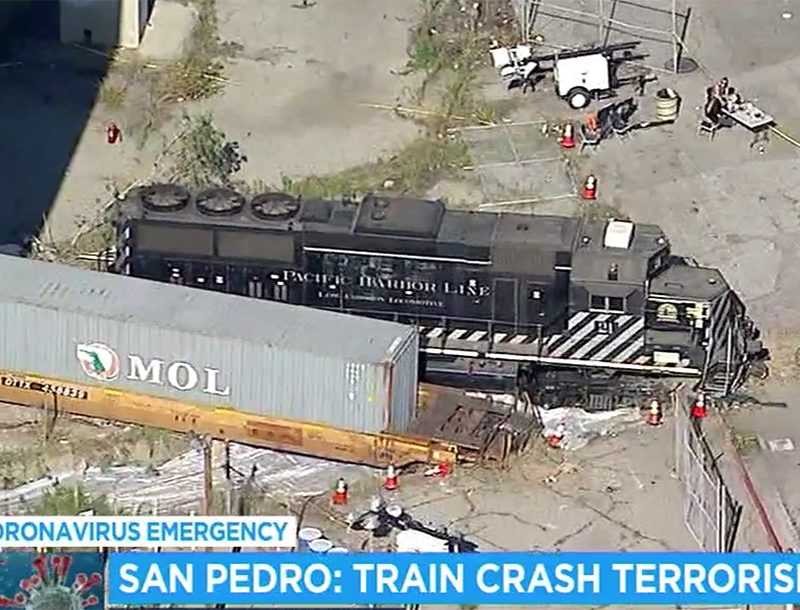