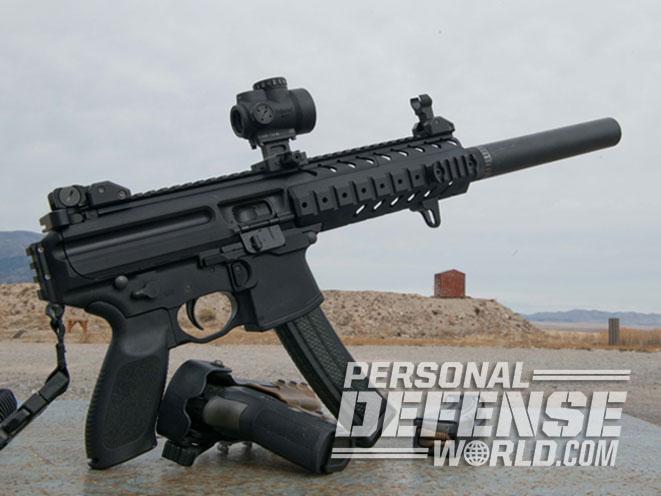 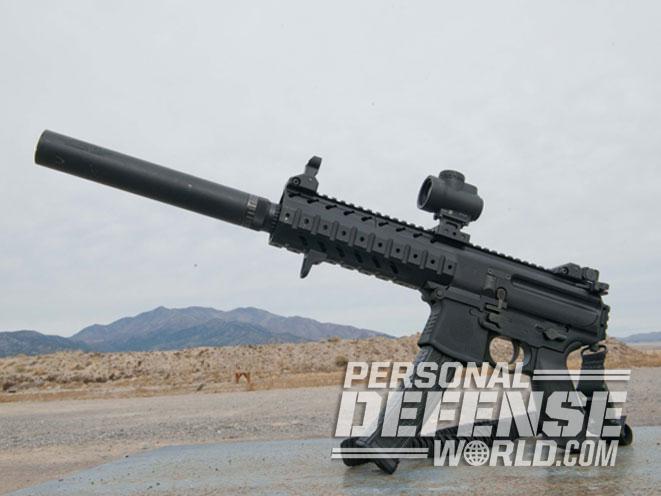 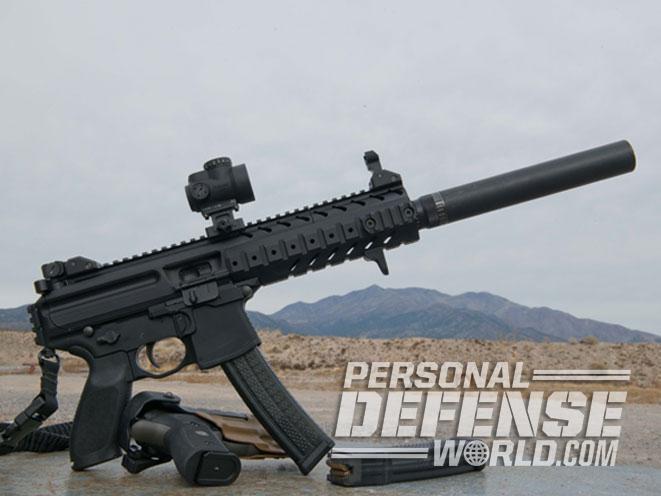 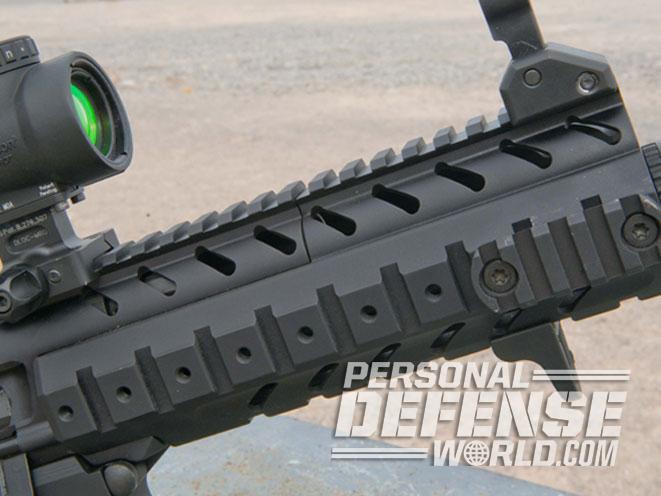 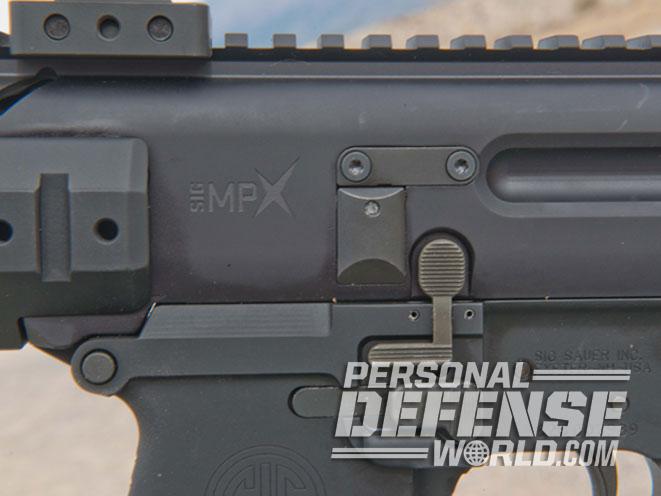 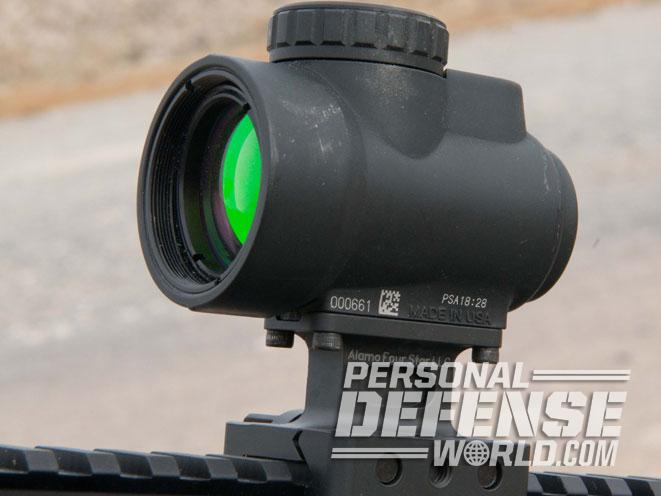 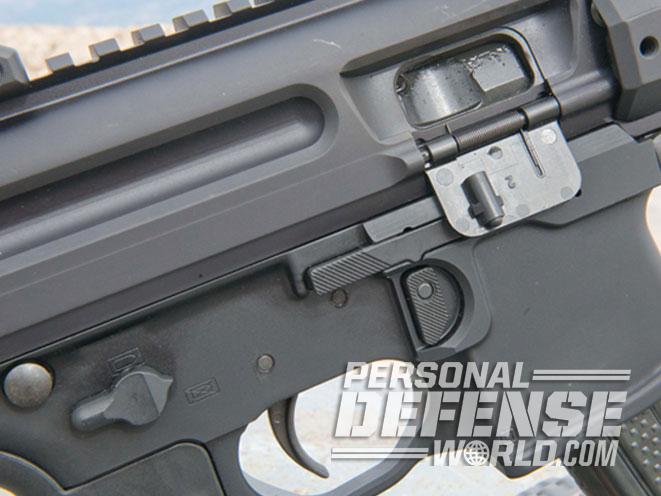 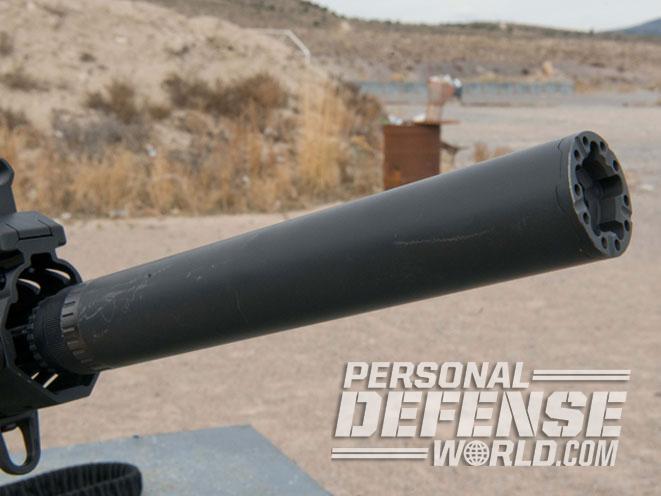 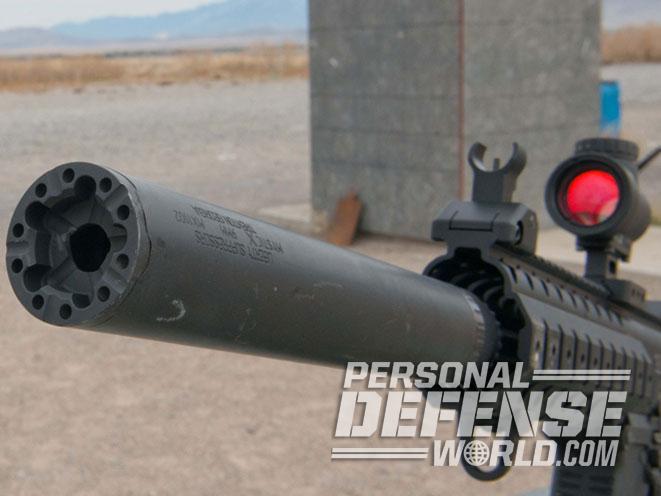 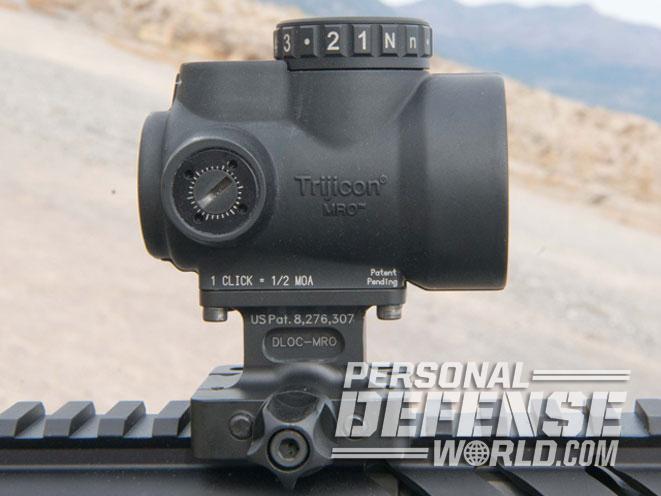 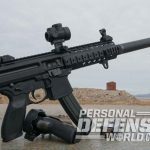 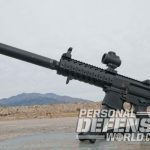 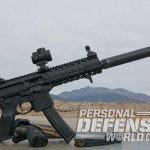 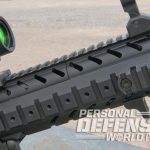 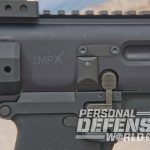 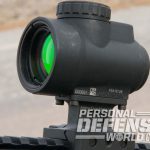 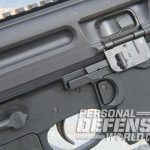 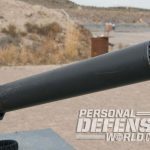 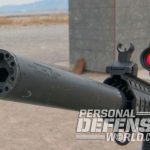 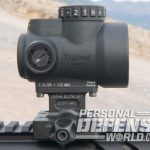 Submachine guns have ruled the roost when it comes to close-quarters situations for decades, from the Thompson to the HK MP5. Not too long ago, Sig Sauer developed its own entrant into the long-dormant world of SMGs—the MPX. What makes this platform so special is that users can quickly swap out its stock, barrel, caliber and handguard in moments. Now Sig Sauer has released the MPX-P, a semi-auto pistol variant that is currently available in 9mm, and I recently got my hands on a version for testing at the range.

Sig Sauer’s MPX-P is the epitome of the personal-defense weapon (PDW) concept. The MPX-P’s controls are completely ambidextrous, with the safety, magazine release and bolt release present on both sides of the receiver for left- and right-handed shooters. Sig also designed the MPX-P so that the handguard is modular—you can easily remove it and replace it with another model. The handguard on my test 9mm MPX-P pistol has rails along the 3, 6 and 9 o’clock axes in addition to the top rail. The barrel can also be swapped out, and this MPX-P was equipped with an 8-inch barrel. An A2-style flash suppressor came installed on the 13.5×1 LH threading for sound suppressor use. The magazines are polymer with metal feed lips. One 30-round magazine was included, along with an Armageddon Gear single-point sling.

Most of the range time consisted of me using the Armageddon Gear sling supplied with the MPX-P. Take a couple minutes and watch this short video to see me testing the MPX-P on the move and from my vehicle. And keep your eyes peeled for a complete review in an upcoming issue of COMBAT HANDGUNS. For more information, visit https://www.personaldefenseworld.com/subscribe 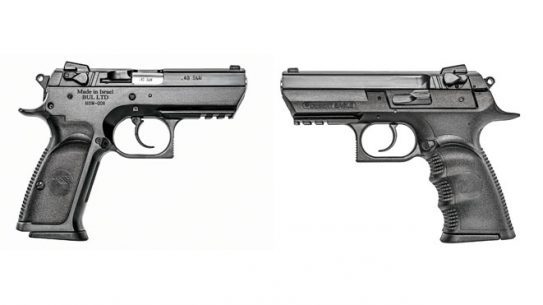