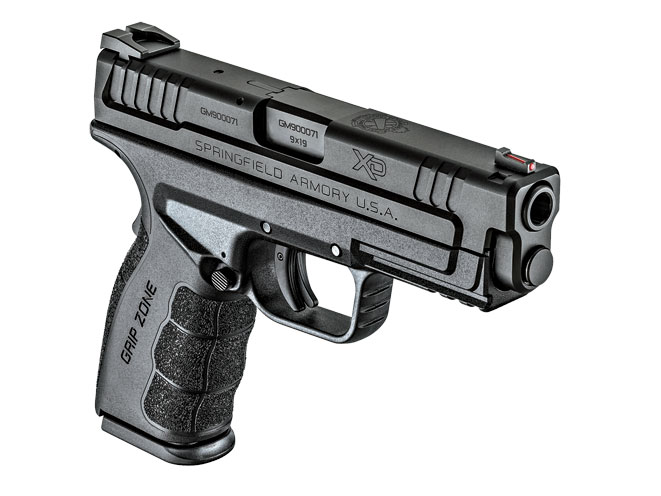 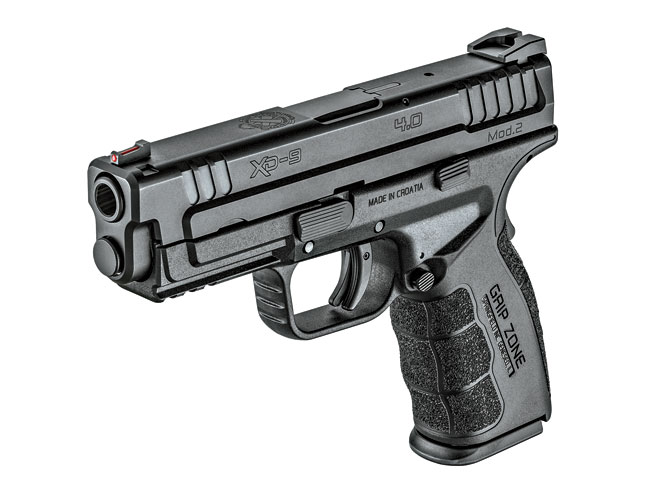 2 of 10
Springfield’s XD Mod.2 Service Model
In addition to a longer 4-inch barrel, the slide features more front and rear serrations along with standard XD Mod.2 features, like the polymer frame and its innovative Grip Zone texturing. 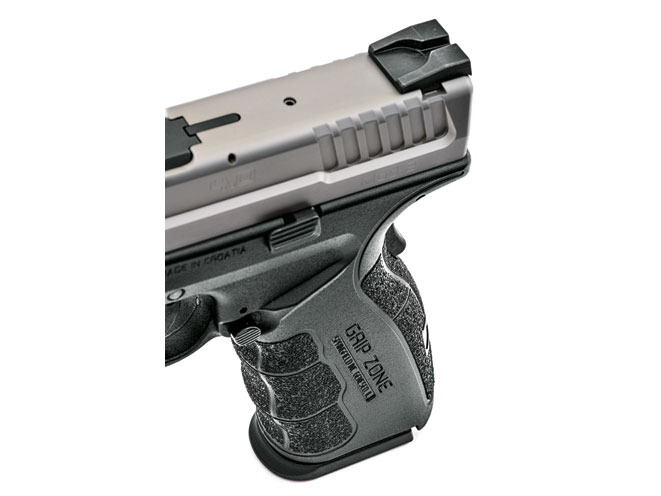 3 of 10
Springfield’s XD Mod.2 Service Model
The two-dot rear sight is quick to acquire, and a loaded-chamber indicator is located behind the ejection port. When it is raised, a round is in the chamber. 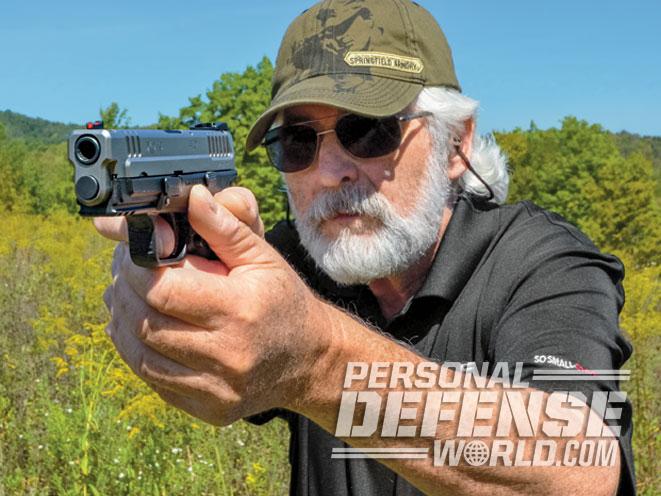 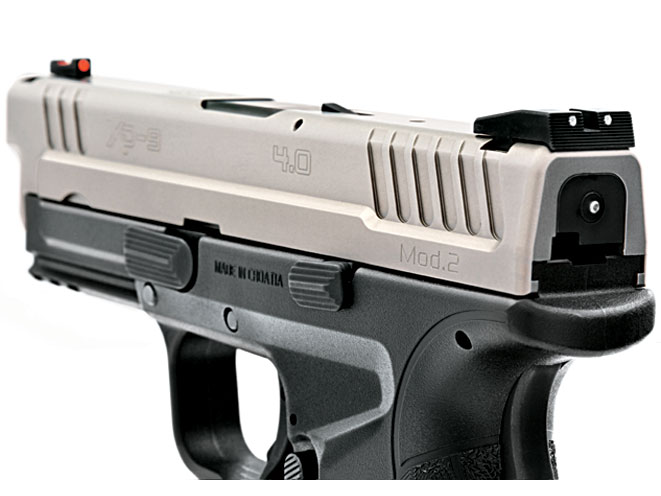 5 of 10
Springfield’s XD Mod.2 Service Model
Note the striker status indicator at the rear of the slide as well as the pistol’s wide rear serrations. 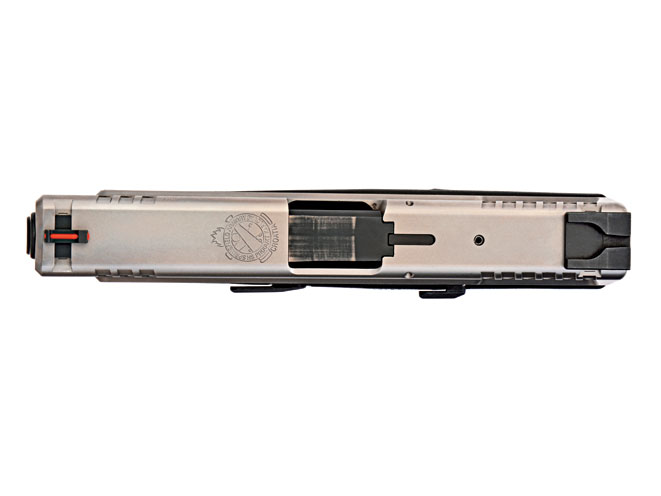 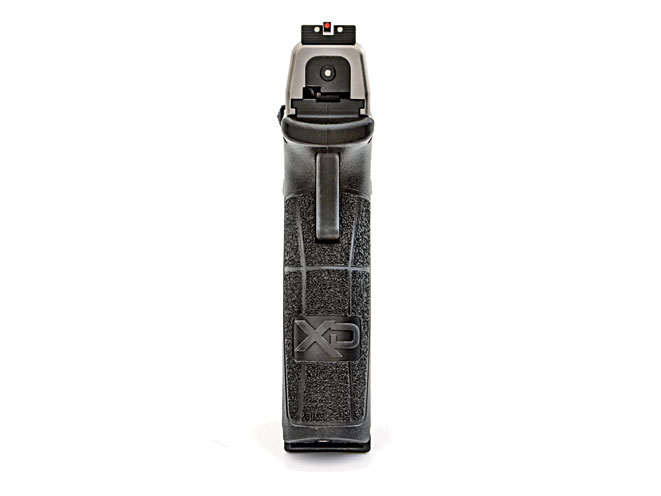 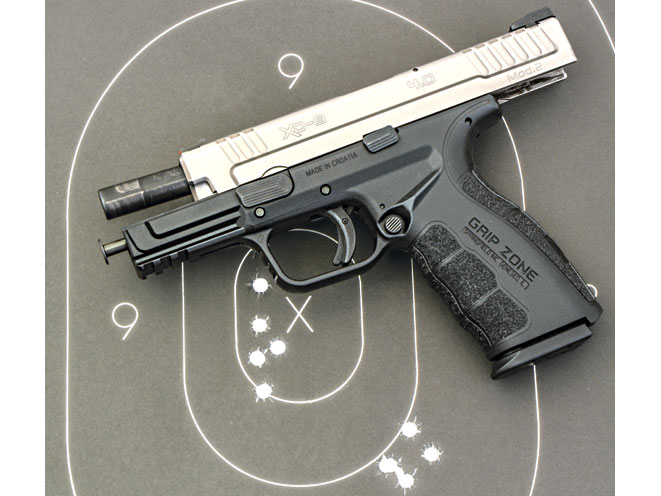 8 of 10
Springfield’s XD Mod.2 Service Model
Thanks to the pistol’s light recoil, crisp trigger and high-visibility sights, it was easy to create tight groups at 15 yards. 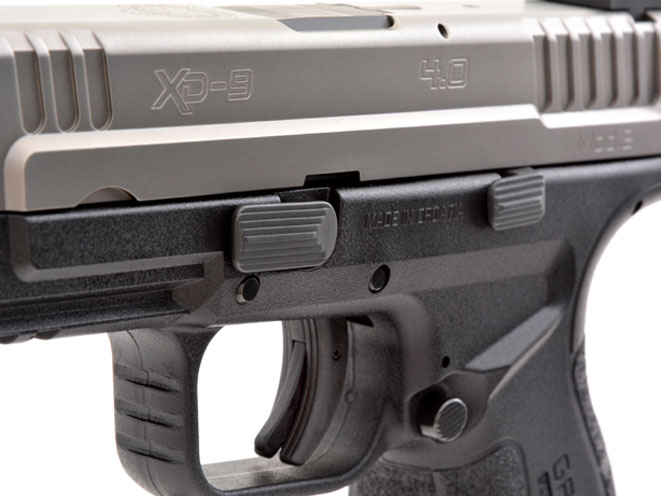 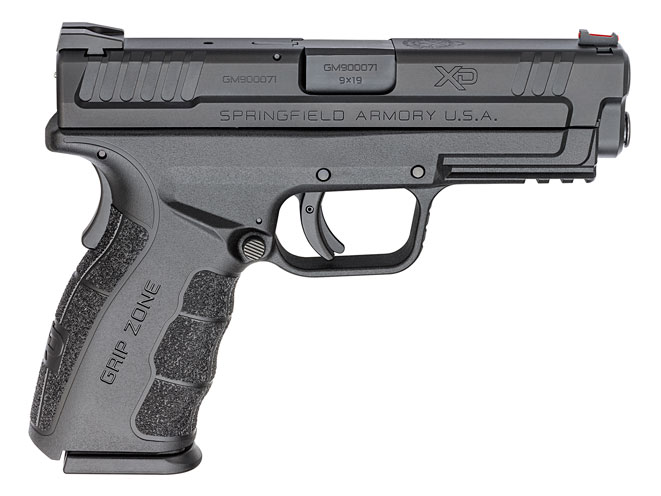 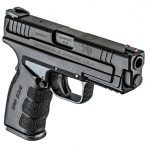 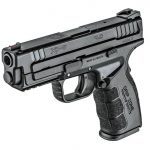 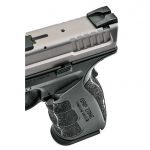 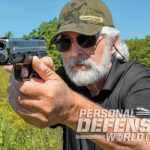 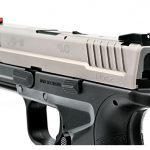 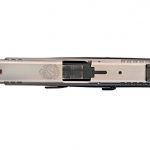 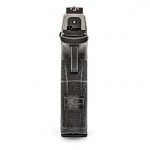 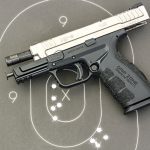 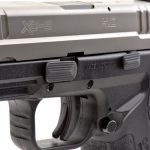 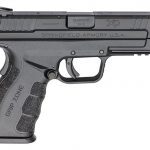 Based on Springfield’s latest update to the established XD series, introduced in 2002, the new Mod.2 versions are a combination of the proven 3-inch-barreled XD Sub-Compact with features from Springfield’s highly successful XD-S series. With more than a decade of XD design experience under its belt, Springfield took the best aspects of the original XD Sub-Compact and the improvements made to the XD-S and put them together in the Mod.2.

More than an amalgam of two guns, the Mod.2 series sports a re-contoured polymer frame and slide interface that gives them a cleaner, more integrated look than any previous XD model. One important advantage to the Mod.2’s design is that it retains the original striker status indicator (actually the back of the striker), which protrudes slightly from the rear of the slide. This is one very quick way to tell if the action has been cycled and ready to fire. It does not, however, guarantee that a round is chambered. To make that determination, you can use the gun’s loaded-chamber indicator, which rises slightly behind the top of the ejection port, appearing just under the sight line. These two quick visual or tactile checks clearly indicate the gun’s status.

At the heart of every Mod.2 pistol is the Grip Zone multi-surface texturing that’s built into the molding of the lightweight polymer frame and interchangeable backstrap panels. The Grip Zone has its most aggressive texturing around the three-quarter panel where the palm swell and the first joint of the fingers wrap around the grip. The front and rear surfaces are the second most aggressively textured where the palm and the inside of the fingers grasp the pistol. In combination, the textures contribute to maintaining a more secure grip as the gun recoils, even under conditions where one’s hands might be a little sweaty.

The multiple gripping surfaces also work extremely well with leather tactical gloves to keep the pistol firmly in hand. The remainder of the Grip Zone texturing is a mild pebble grain that covers the grip’s side panels (which have the words “Grip Zone” embossed into them) and extends to the entire frame, again contributing to the Mod.2’s integrated look. Additionally, the Mod.2 triggerguard is now rounded at the front like the latest XD-S models, rather than being squared off like earlier XD series.

A more curved and slightly narrower slide offers improvements with Springfield’s Posi-Wedge rear slide serrations, providing five deep grooves to help reduce the chance for slippage when racking the slide. The 4-inch Service Model adds three additional grooves at the front of the slide. The big news for the Mod.2 in general, and new 4-inch Service Model in particular, is sighting. XD Mod.2 slides are equipped with the same red fiber-optic front sight and combat-style white-dot rear sights used on the XD-S models. This gives the Mod.2 the same capability to sight in the target under a greater variety of lighting conditions. The sights are also dovetailed for individual sighting preferences and windage adjustments.

Tipping the scale at 27.5 ounces unloaded, the 4-inch Service Model is comparatively lightweight for this handgun category, with the gun measuring 7.3 inches in length, 5.5 inches in height, from the base of the magazine to the top of the low-profile combat rear sight, and 1.125 inches in width (including the slide, frame and slide release lever). The standard capacity for the new Service Model is 16+1.

The Mod.2’s superb grip angle and high beavertail and grip safety work in combination with Springfield’s Ultra Safety Assurance blade trigger to provide double safeties when handling and holstering the pistol. With carry in mind, the new Service Model is suitable for duty use or concealed carry, and, with its longer barrel and improved sights, it also makes a good competition pistol for both IPSC and IDPA matches.

Every Mod.2 comes with its own injection-molded, form-fit belt holster and a double magazine pouch, so right out of the box it is ready to go for everyday carry or practical shooting competitions. There are also a variety of premium leather and Kydex rigs on the market made for the XD series.

Firing five-round groups off-hand from 15 yards, the best five shots with the Hydra-Shok ammo covered 1.75 inches in the X ring, and aiming to the lower right of the 9 ring, five Sig V-Crown rounds came together at 1.2 inches with two overlapping.

The entire line of XD models, the XD-S and the new Mod.2 in particular, has proven faultless for me through a variety of tests over the years, and this latest 4-inch Service Model is no different. It is dependable, accurate, very easy to disassemble for cleaning and tough as a railroad spike for durability. With all of its standard features (there is virtually nothing to upgrade), the XD Mod.2 4-inch Service Model adds another handgun to the Springfield XD lineup that is truly greater than the sum of its parts. 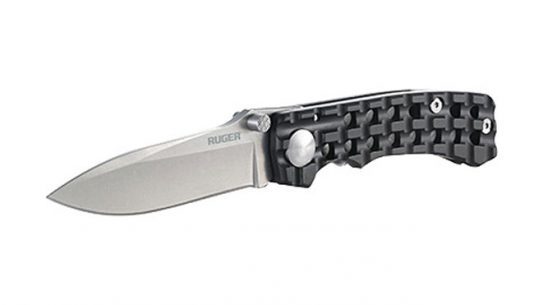