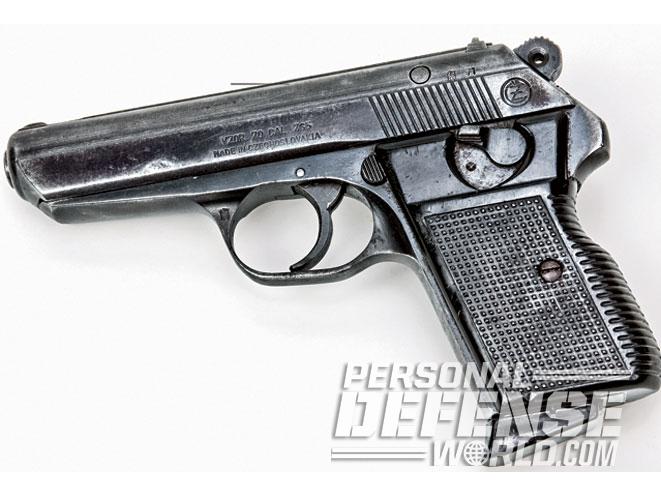 1 of 5
CZ 50/CZ 70
The CZ 50 and its later sibling, the CZ 70, are cosmetically very similar to the Walther PP, but there are some internal differences. Like the Walthers, the CZ guns are blowback-operated, double-action, semi-automatic pistols chambered for .32 ACP. They have 3.75-inch barrels and eight-round magazines. The DA/SA trigger pull on most CZ 50s and 70s I’ve shot is pretty stout. On the CZ 70 that I currently own, the double-action trigger pull is 21 pounds, and the single-action trigger pull is 9 pounds. The CZ 50 and 70 each have a decocker safety and an American-style, push-button magazine release on the frame, just forward of the left grip panel. Neither gun has a slide release lever. With the gun empty, you release the slide by dropping the magazine and slingshotting the slide. Or if you insert a loaded magazine, just slingshot the slide and you’re good to go. These are all-steel guns, they’re rugged and reliable, but with each weighing 2 pounds empty, they aren’t featherweights. CZ 50s are getting hard to find, but CZ 70s are still available and being imported. 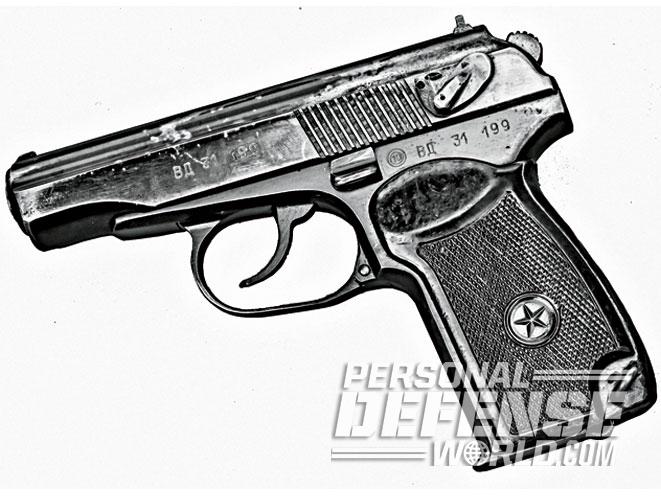 2 of 5
9x18mm Makarov
The Makarov pistol itself is essentially the same size as a Walther PP and has a similar blowback action. It has a 3.62-inch barrel and a steel frame. The DA/SA trigger has a smooth, 19-pound double-action pull and a 7-pound single-action pull. This isn’t a match-quality trigger, but it is an excellent combat trigger. The Makarov has an eight-round, single-stack magazine that is secured by a European-style heel release catch at the base of the grips. The firing pin is free-floating, and the decocking safety lever effectively blocks the firing pin from hitting the primer. The Bulgarian-made Makarovs, one of which I own, are even on the California DOJ–approved list for sale in that state.</BR></BR> Unlike the Walther PP, the Makarov pistol does have a slide release lever on the left side of the frame. The all-steel Makarov weighs 1.75 pounds, which is a good half-pound heavier than most currently designed pocket pistols but not so heavy that you’ll acquire Popeye-sized arms from shooting it. The Makarov is very ergonomic, and the added heft of a steel frame helps to keep the gun on target, shot to shot. 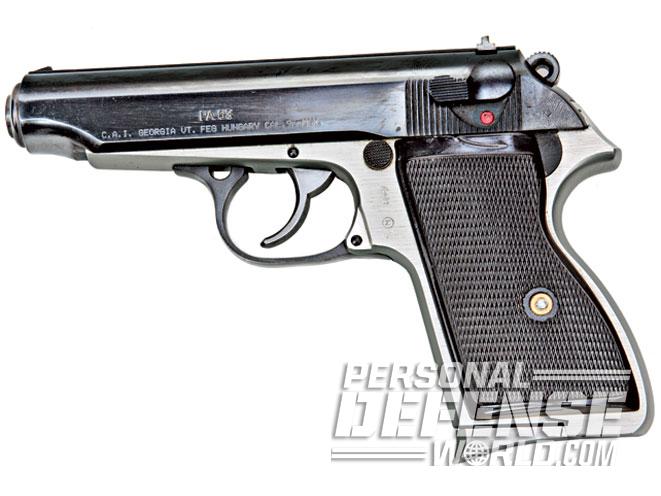 3 of 5
FÉG PA-63
If you are looking for a lighter weight concealed-carry gun, the Hungarian-made FÉG PA-63 may be the military-surplus pistol for you. It is almost a dead ringer for the Walther PP, but the grip frame has a slightly improved shape. Any holster that fits the PP will fit the PA-63 to a T. What makes the PA-63 different is its aluminum alloy frame, which brings the weight of this pistol down to 24 ounces. The steel slide is well polished and blued, and the alloy frame is left in the white. The two-tone finish gives the PA-63 a racy appearance, and its lighter weight makes it a comfortable carry gun. 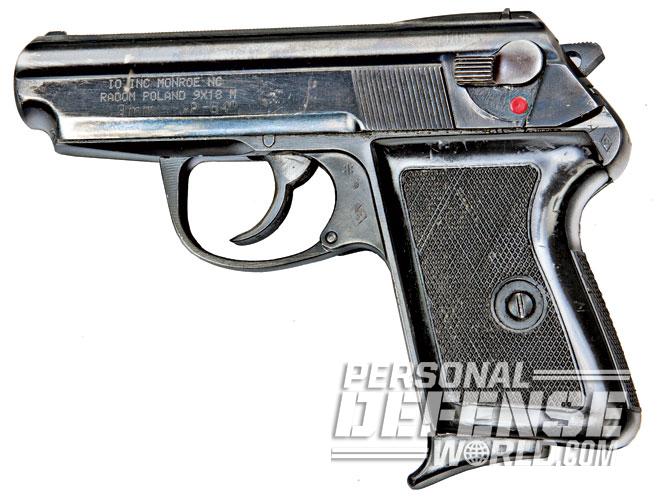 4 of 5
FB P64
Poland’s P64 was designed in the late 1950s by a six-man team. The mystery is why it took six people to copy Walther’s PPK design. The Poles strongly deny that they consciously copied the PPK, but every person I know thought “PPK” when they saw a P64 for the first time. At 3.33 inches long, the P64 has a barrel that is shorter than those of other 9mm Makarov pistols. And the P64’s short grip frame contains a six-round magazine, rather than the seven- to 12-round magazines of other surplus pistols. Even though the P64 has a steel frame, its small size keeps its weight down to 21.28 ounces, making it the most pocket-friendly of the Eastern Bloc military pistols. 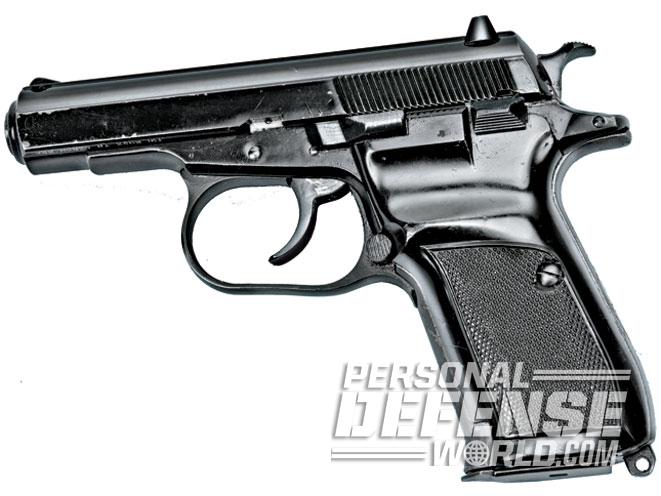 5 of 5
CZ 82
My favorite Eastern Bloc pistol is the CZ 82. In my opinion, the Czech’s Cold War service pistol is the best-built in 9mm Makarov. The double-action trigger pull is 11 pounds and buttery smooth. The single-action trigger pull is 5 pounds and breaks very cleanly. The CZ 82 has a full complement of controls, including an American-style magazine release and a slide release lever. The safety is not a decocker, so as with the classic CZ 75, the CZ 82 can be carried cocked and locked. The sights are relatively large and easy to acquire. All this makes the CZ 82 a joy to shoot. My personal CZ 82 is very accurate, both with factory ammunition and with my own cast-bullet handloads. And, with its 12-round, staggered magazine, this gun can keep you in the fight twice as long as most other Eastern Bloc pistols of the time. 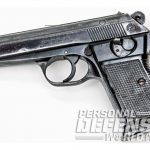 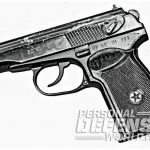 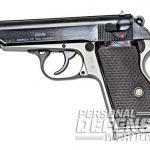 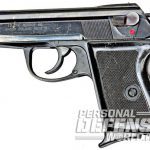 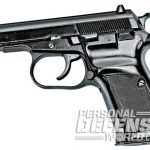 We all enjoy checking out the latest pint-sized, polymer pocket pistols. However, those hot, new firearms often come with a price tag. That price tag doesn’t leave much room for mortgage payments, grocery shopping or the kids’ college fund. However, there is a way of getting highly concealable, self-defense firepower without wiping out your budget or compromising on effectiveness and quality. Just look beyond the new-arrivals rack at the gun store and open your eyes to the outstanding military and police surplus firearms that are available in the marketplace. Example: Cold War pistols.

The breakup of the Soviet Union is, in large measure, responsible for the widespread availability of military surplus pocket pistols today. When the Soviets dominated Eastern Europe through the Warsaw Pact military alliance, they required their allies to use weapons chambered for Soviet cartridges. In 1951 the Soviets adopted the 9x18mm Makarov round as their standard handgun ammunition; their Eastern European allies followed suit.

In the decade following the 1991 collapse of the Soviet Union, Warsaw Pact countries like Czechoslovakia, Poland, Hungary and Bulgaria phased out their Soviet-compatible handguns in favor of more powerful, 9mm Parabellum designs.

Eventually those warehouses full of old Soviet-type pistols were sold on the surplus arms market. The result? U.S. shooters have some excellent, cost-effective buys.

Let’s take a look at what’s available. Any of these Cold War pistols will make an effective self-defense sidearm. The real problem is choosing just one. On the other hand, with their attractive prices, why stop at just one? 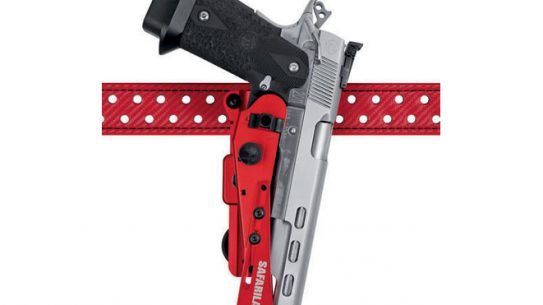 The Safariland Open Class Competition holster body is machined out of aluminum to stabilize...