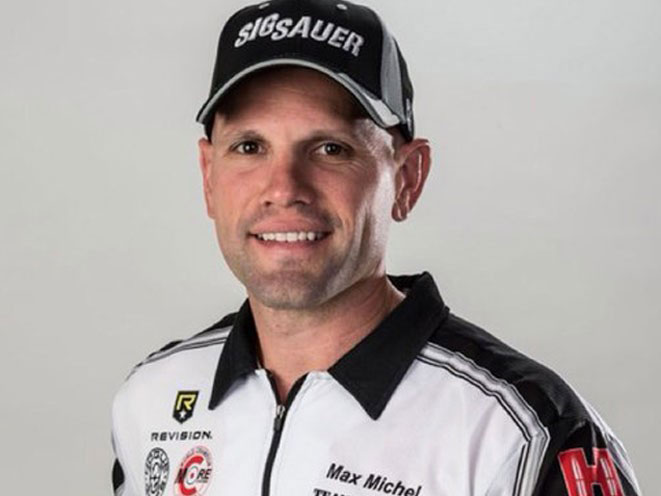 The following is a press release from Sig Sauer

Michel set the Production Division record with an overall time of 87 seconds flat. En route to the victory, Michel set a world record on the Smoke and Hope stage, the first time a world record has been held by a Production gun. This time was also fast enough to earn fourth overall, which means Michel took two of the top five spots against dedicated Open Division guns.

“All of us at SIG SAUER are proud to have Max represent our brand, both as a competitor and as a role model for the shooting sports,” said Tom Taylor, Vice President of Sales and Marketing for SIG SAUER, Inc. “His drive, focus and commitment to excellence match our goals and values here at SIG. It is an honor for us to call him our team captain, our ambassador and our friend.”

Known as the “Steel Challenge,” the World Speed Shooting Championships draw the fastest competitive shooters in the world to race against the clock. With his overall win in the centerfire division, Michel notched his record sixth Steel Challenge title. Michel also notched a win in the Rimfire Division, giving him the overall title of Steel Master.

“Taking on Production was definitely a new experience for me, but with the incredibly smooth and crisp trigger in the SIG P320 I was able to compete against the custom race guns with no disadvantage,” Michel said. “Thanks to my friends at SIG SAUER, I have been able to add another world record along with the Steel Master title to my resume.”

In the Open Division, and the overall standings, Michel’s 78.04 seconds gave him a winning margin of almost a full second, which is a solid cushion in the fast-paced Steel Challenge format.

In Rimfire, Michel set another world record with his 60.75 finish. The margin of victory was almost three full seconds, in a sport where victory can be measured in tenths of a second.

Along the way, Michel also claimed world record times on stages Showdown and Five to Go with his Open gun, giving him the record on six of the eight stages. With this performance, Michel becomes the only person in Steel Challenge history to hold the course world records in all three divisions at the same time.

For more information, please visit us at www.sigsauer.com. 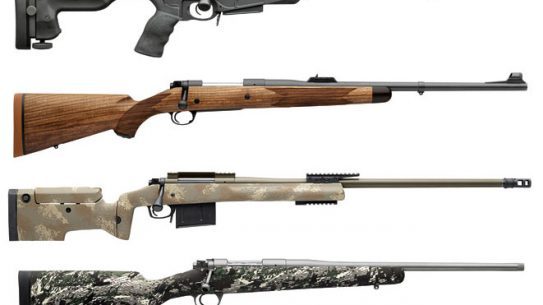 Kimber's sub-MOA bolts put rounds on target in any environment.