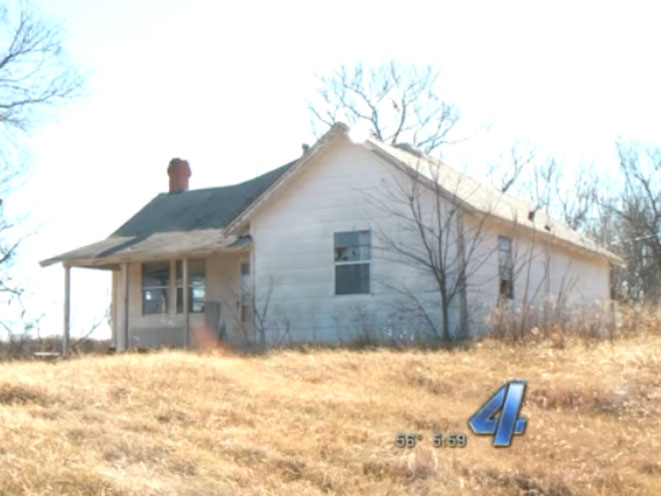 A property owner in Oklahoma County held a group of would-be burglars at gunpoint until police arrived late last week.

According to KFOR, the house in Luther, Okla. has broken windows, tall grass and a broken down SUV parked in front, which, police said, might lead one to conclude that the property is completely abandoned.

RELATED STORY: It Happened To Me – Airport Burglary

Three bad guys found out the hard way that it wasn’t.

On Sunday, the suspects were driving along when they stopped in front of the house near Sorghum Mill and Luther Rd. One of the men, Tyler Muck, hopped out of the car went inside. That’s when things went south for the would-be burglar.

“[The owner] shows up at the house, notices the front door is open and someone is inside,” said Mark Opgrande, with the Oklahoma County Sheriff’s Office.

As KFOR reports, the property owner confronted Muck, who then fled out the back door to the car. Unfortunately for Muck, the owner gave chase. He caught up to the vehicle, fired off a round and held the men at gunpoint until the authorities arrived.

Police believe Muck and his two accomplices were trying to strip copper from the electrical lines in the house.

Muck faces a count of burglary and possessing burglary tools, while the other two suspects were released.

The property owner said this is the third time since July that the house has been burglarized, KFOR noted. 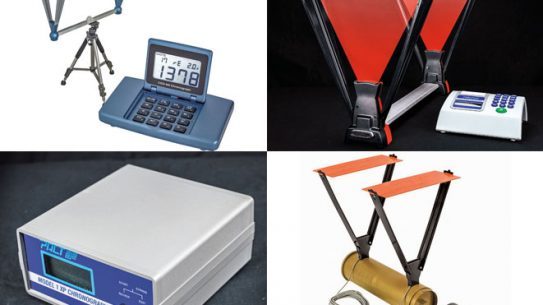 9 Chronographs To Help You Fine-Tune Your Handloads

For the precision reloader, you cannot get by without a chronograph to test and...