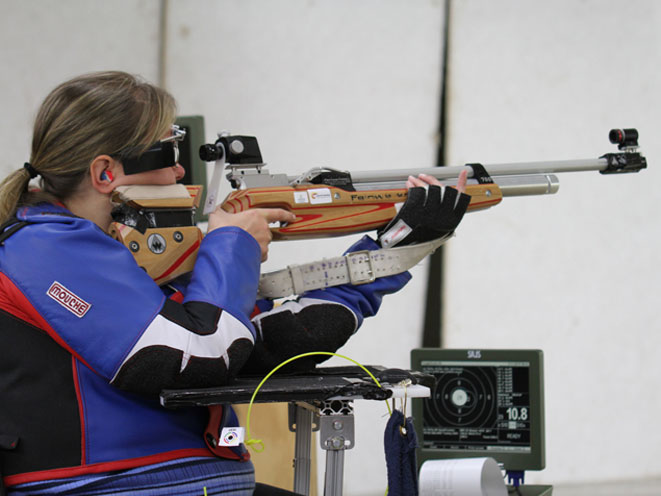 Tammy Delano got the redemption she was looking for today at the International Paralympic Committee (IPC) Shooting World Cup in Fort Benning, Georgia. Though she didn’t qualify for the Final in the R3 (Mixed 10m Air Rifle Prone SH1) event, she won the Paralympic quota she just missed a day earlier.

“I just wish my dad was here to see this,” she said, starting to cry as her name was posted on the wall among the quota winners. “That’s the best I’ve ever shot. Two personal bests, a medal and a quota all in one match? Sounds pretty good to me.”

Delano (Rome, New York)  finished in 18th place today with a score of 627.7, a personal best. On Tuesday she won bronze in the R2 (Women’s 10m Air Rifle Standing SH1) event and missed out on a quota on her final shot.

“Tammy has had an awesome year, shot awesome today, had a personal best and that represents a lot of hard work,” said Bob Foth, National Paralympic Coach. “The other day it was kind of ironic that she got a medal and four years of hard work came down to one shot – one shot – for the quota, but everything is all right now.”

A quota spot is essentially the entry ticket necessary for a country to compete in Paralympic Games competition. An athlete can win only one quota for his/her country. Quota spots are then awarded to the next eligible athlete in the rankings – in mixed events such as R3, quotas go to the top-two eligible men and top eligible woman, and thus Delano won the available quota.

“Everyone kept telling me I got it and I was like ‘Shush!’ since I haven’t had the best of luck. I wanted to make sure it was official,” Delano said. “It’s a little redeeming since I was so close (the other day). I’ve had a rough year. Last October I had neck surgery, in May I went home to be with my father since he was sick and in May, I started getting sick again. My father passed away in July so most of my training was done in August and September so that was the hardest I’ve trained and probably the most I’ve ever gotten out of training during that time. I just wish I really could tell my dad, that’s the only sad part right now. He had never been able to come to one of my matches because he was on dialysis. I found out at his funeral he was planning to come to this match and get dialysis here so that was on my mind…I didn’t want to focus on winning the quota, I wanted to focus shooting well. Turns out I did both.”

Competition continues through Saturday with the U.S. fielding competitors in the P1 (Men’s 10m Air Pistol SH1) and P2 (Women’s 10m Air Pistol events).  The U.S. will have seven athletes in the men’s event with Tagliapietra, 2012 Paralympian Eric Hollen (Colorado Springs, Colorado), Shaun Tichenor (USAMU/Brainerd, Minnesota) and Kerry Morris (Grand Prairie, Texas) competing for medals and quotas. Tricia Downing (Denver, Colorado) will be the lone competitor for the U.S. in the women’s event.

View photos from this event: https://flic.kr/s/aHskk2q3Zu and follow this event on social media: #IPCWCUSA. 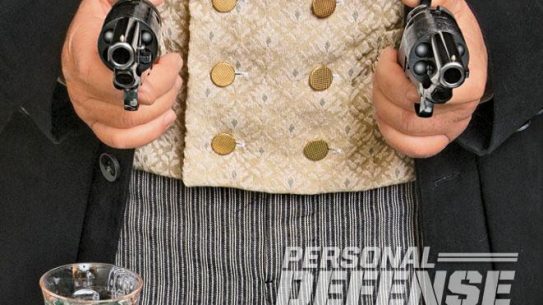 The history behind America's tradition of concealed carry handguns!