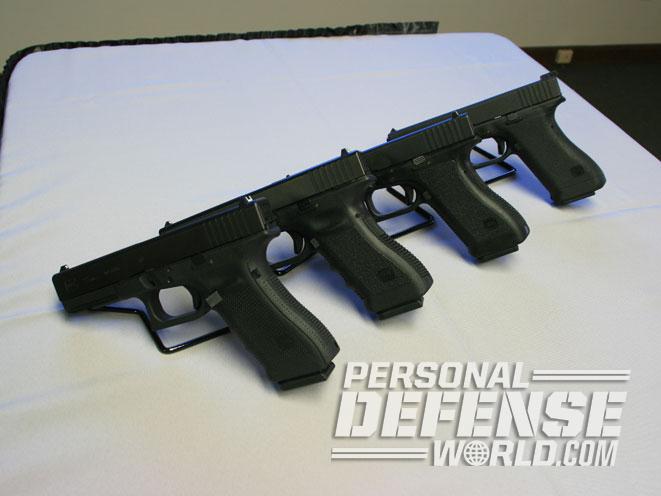 1 of 10
The Evolution of GLOCK Pistols
“There are four distinct generations of Glocks, and, at a glance, even the casual observer can see how this pistol evolved over the past three decades.” 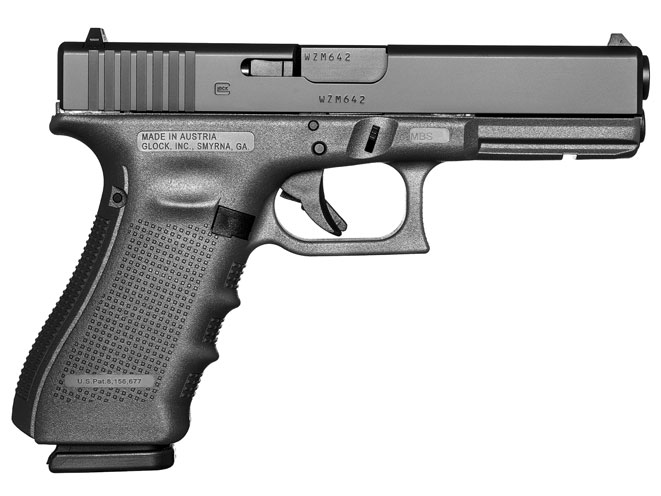 2 of 10
The Evolution of GLOCK Pistols
GLOCK’s Gen4 autopistols, including this 9mm G17, possess decades of refinements that only enhance their renowned accuracy and reliability. 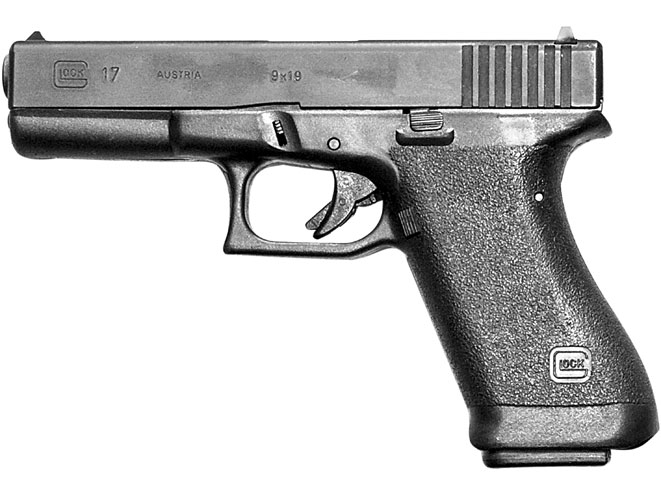 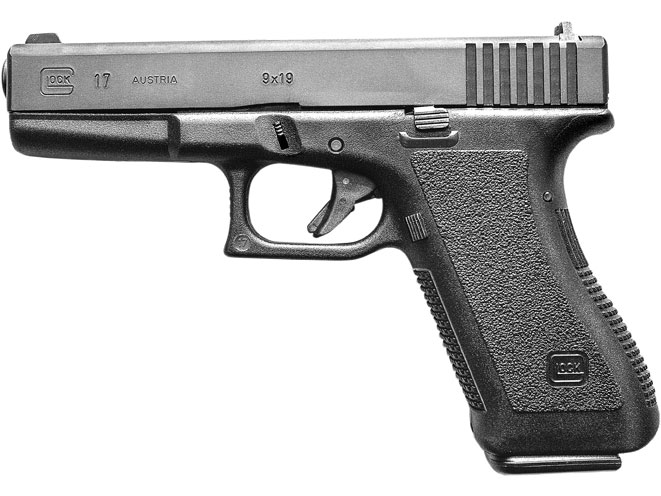 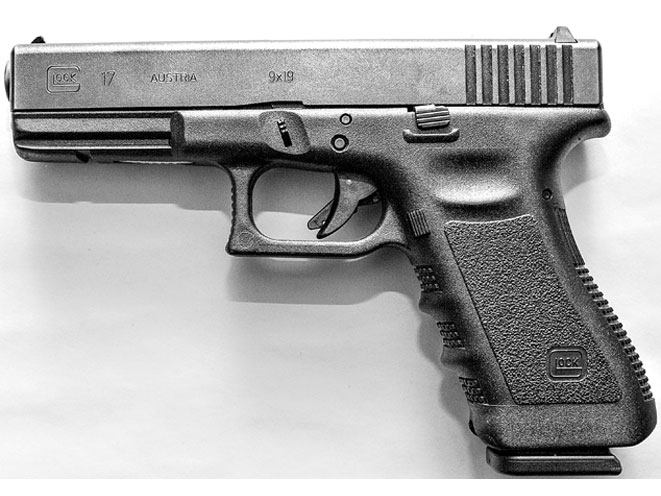 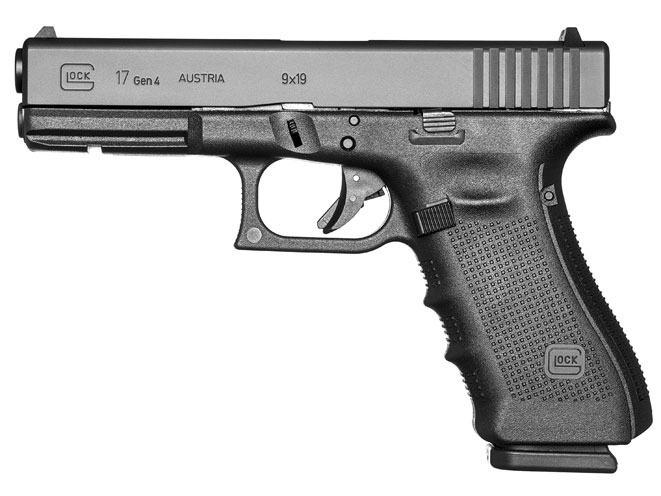 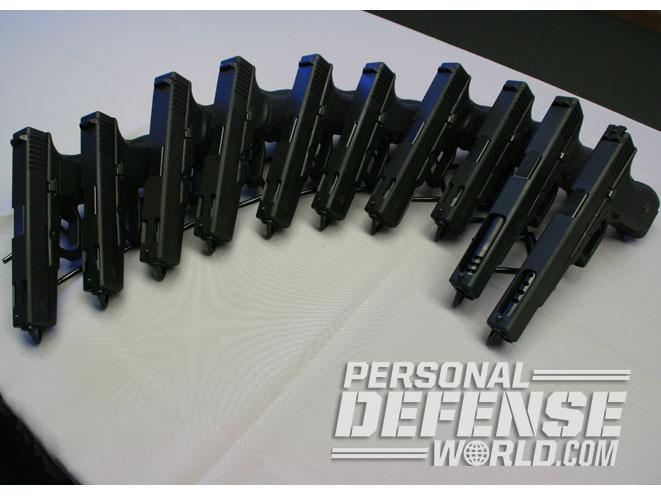 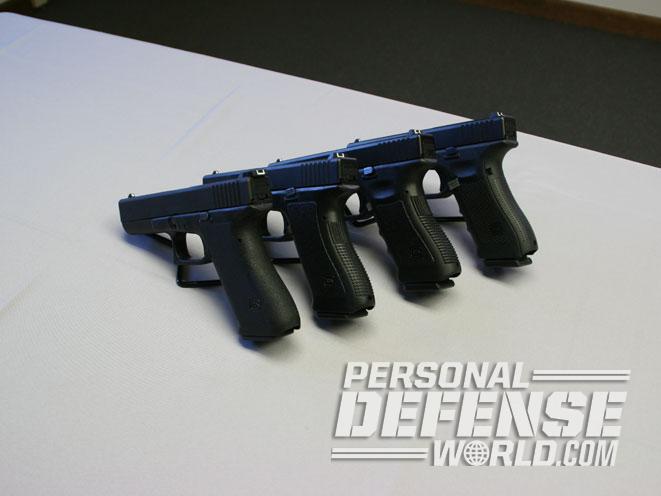 8 of 10
The Evolution of GLOCK Pistols 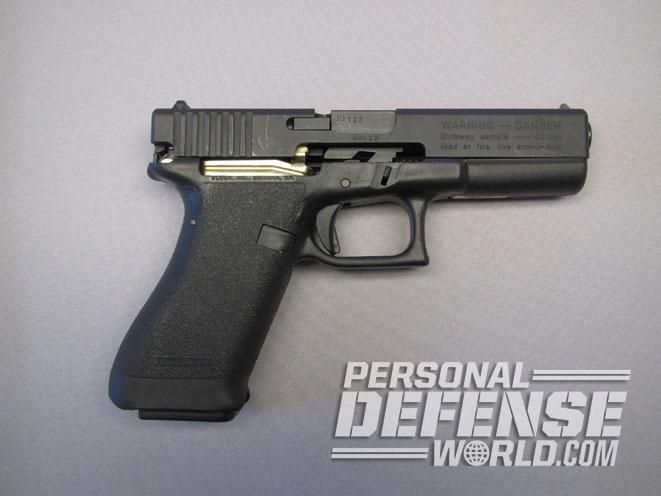 9 of 10
The Evolution of GLOCK Pistols 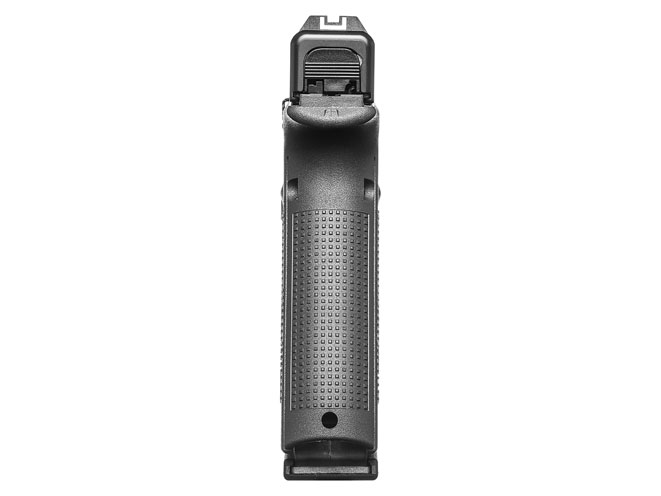 10 of 10
The Evolution of GLOCK Pistols 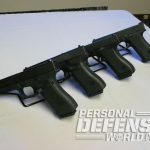 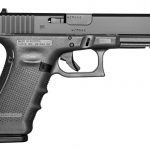 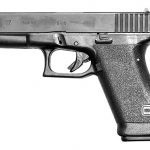 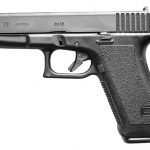 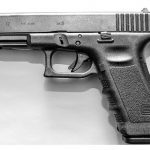 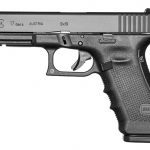 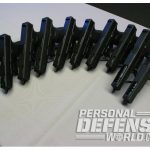 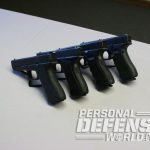 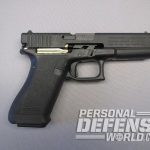 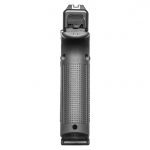 Gaston Glock ran a small manufacturing business out of his garage, producing knives and other small items for the military. He had no experience building firearms, but what he did have was determination and vision. He spoke with firearms experts to understand the pros and cons of the current pistol designs. Not having any preconceived notions of how to design or manufacture a pistol, Glock had pure creativity at his disposal with no limitations. He and his team created a pistol with 34 components and a unique Safe Action trigger system never before seen. The pistol made full use of high-tech polymers in the frame, magazine and other components. The slide was machined from round bar stock steel and given a blocky look. Metal components were given a surface-hardening treatment that resists scratches and corrosion. It had a magazine capacity of 17 rounds, parts between pistols were easily interchangeable, and the pistol could be field-stripped without tools in seconds. The Glock 17 was then introduced to the world.

As Glocks were adopted by militaries and LE agencies around the globe, Glock continued to refine its series of pistols by using feedback from troops on the ground and police who carried the Glock on duty, day in and day out. Those changes and suggestions are noted in the succeeding generations of Glocks.

There are four distinct generations of Glocks, and, at a glance, even the casual observer can see how this pistol evolved over the past three decades. Perhaps only the knowledgeable collector can note the slight variations within generations. Here’s a look at how Glock pistols have evolved over the years.

The first generation of Glocks debuted with the G17 in 1982, chambered in 9mm. Gen1 Glocks featured a pebble-finished frame without horizontal grooves on the front- and backstraps. The G17 was purchased by numerous militaries around the world, and it was presented and demonstrated to police chiefs across the U.S. Rare G17 Gen1 cutaways were used to demonstrate the features of the then-new G17, particularly the Safe Action mechanism. The LE world at that time used revolvers. A semi-automatic pistol, let alone a lightweight polymer-framed model with no manual thumb safety, was a new breed indeed.

In Europe, G17s were shipped in small plastic containers with two magazines, a cleaning rod and slots to hold 18 rounds of ammunition. The ATF requested the cartridge slots be removed for the U.S. market, and Glock obliged. Shooters immediately tried—and failed—to wear out the pistols by shooting thousands of rounds through them. The media touted the Glock as being immune to detection by metal detectors. These initial thoughts were soon dismissed. As shooters learned, the soft-shooting 9mm G17 was lightweight, accurate and reliable. There was also plenty of steel in the firearm’s construction so it could never sneak past a metal detector.

Glocks were dropped from helicopters, frozen in ice, dunked in mud and buried in sand, and after all the torture tests the Glocks performed flawlessly. Police chiefs liked the pistol but were in need of a more compact pistol for plainclothes officers and detectives, and the Glock 19 was produced by shortening the grip and magazine. Competitive shooters began to demand a Glock pistol of their own, so a longer barrel and slide assembly was mated to the G17 frame and called the Glock 17L. This model also had a lighter trigger pull and an extended magazine catch. The Glock 18 was introduced as a select-fire variant for LE/military use only.

Gen2 pistols are notable for their textured front- and backstraps. Glock also introduced more caliber choices. The .40 was gaining popularity with LE agencies by this time, so the company introduced the full-sized Glock 22 and the compact Glock 23 in that caliber. The Glock 24 was similar to the G17L but chambered in .40 S&W. The G31 and G32, full-sized and compact, respectively, were chambered in .357 SIG.

Ported and compensated models were also offered. The “C” suffix added to model numbers indicated a compensated model with slots cut into the barrel and a cutout in the top of the slide. These features helped reduce muzzle rise and recoil by dispersing burning gases upward through the slots. Models with compensated barrels included nearly all of the previously built variants.

In 1990, Glocks were given big-bore firepower in the 10mm Auto and .45 ACP in the Glock 20 and Glock 21, respectively. The G21 in .45 ACP immediately became popular with civilians and LE/military shooters in the U.S. This wasn’t a surprise, as the .45 ACP is America’s handgun cartridge.

In Gen2 models, the pistol was modified with an integrated recoil spring assembly.

The third update to the Glock line of pistols brought about even more new models and alterations to the frame. The first Gen3 pistols were transitional and had new finger grooves molded into the frontstrap, along with thumb rests. Then Glock began to transition its Gen3 models by adding a forward accessory rail. These transitional models included the G19C, G20, G20C, G21, G21C, G26, G27, G28, G29, G30, G33, G36 and G39.

Glock also introduced Short Frame (SF) variants for some models. For these Short Frame pistols, the trigger reach and heel were shortened to better accommodate shooters with small hands. The SF models include the big-bore 10mm G20 SF and the .45 ACP G21 SF.

RELATED STORY: Massad Ayoob – You Got A GLOCK. Now What?

Early in 2010, Glock introduced its Gen4 pistols, which kept the recessed thumb rests, finger grooves and accessory rail of the previous generation but now featured frame texturing slightly less aggressive than the previous generation’s. Gen4 models also come with interchangeable backstraps, a reversible magazine catch, a dual recoil spring assembly and a new trigger system. Gen4 models are easy to identify because of the “Gen4” roll-marked after the model number on the left side of the slide.

Four backstraps, two with extended beavertails, are included with all Gen4 models. The basic frame—without a backstrap insert installed—is smaller than previous generations and is well suited for shooters with smaller hands. The reversible magazine catch can be swapped out to accommodate both right- and left-handed shooters. The magazines for Gen4 models are also built to accommodate the new magazine catch. Previous-generation magazines, however, are compatible with Gen4 models. The dual recoil spring assembly is designed to help reduce felt recoil.

Some noteworthy models that were recently introduced in the Gen4 era include the G30S, the G41 Gen4, the G42 and the G43. The G30S is a hybrid Glock that combines the frame of a G30 SF with the slim slide of a G36 to create a compact concealed-carry pistol that packs 10+1 rounds of .45 ACP firepower. The G42 addresses the popularity of the .380 ACP cartridge for concealed carry. While not explicitly a Gen4, the G42 features subdued grip texturing, a reversible magazine catch and a slight frame extension—like a mini beavertail—that protects the web of the shooter’s hand. The G42 also employs a locked-breech system, which is unusual for a .380 ACP pistol, as most use a blowback system.

The G41 Gen4 is a competition-sized pistol with a 5.31-inch barrel chambered in the fight-stopping .45 ACP. The dual recoil spring assembly helps reduce the felt recoil in the G41 Gen4, and the interchangeable backstraps offer operators a high degree of customization. The white-dot front sight and white-outlined rear sight offer fast target acquisitions, and the wraparound frame texturing provides added control.

The G43 is Glock’s most recent variant, a single-stack pistol chambered in 9mm and designed specifically for concealed carry. With a capacity of 6+1 rounds, an overall length of 6.26 inches and an unloaded weight of 17.95 ounces, the G43 may be small in stature but offers all the legendary Glock safety features and reliability. For everyday carry, it is ultra-concealable, comfortable to carry and offers plenty of 9mm firepower.

Finally, Glock has also recently introduced its Modular Optic System (MOS) Configuration pistols, which feature slides that come with mounting plates to accept a variety of popular miniature reflex sights. These models, including the G34 Gen4, G35 Gen4, G41 Gen4 and the new G40 Gen4 in 10mm, are perfect for hunting, self-defense and competition, offering quick target acquisitions and power.

Glock has shown itself to be an innovative firearms company that has changed the paradigm of pistol design and manufacture forever. Over the past three decades, the company has listened to its users and refined its pistols so they truly aspire to perfection. 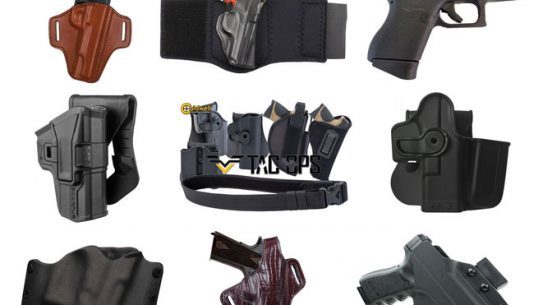 Whether you want leather or Kydex, IWB or multi-role positioning, there’s a new holster...