The Walther PPS is a Natural for Everyday Carry

While the 9mm Walther PPS offers a large grip for enhanced control, it remains thin enough to be concealed almost everywhere.

Single-stack 9mm pistols have been around as long as the cartridge itself. While the 1980s ushered in the era of the high-capacity “Wonder Nine” pistols, in recent times the focus has largely returned to the single-stack 9mm. This is because of a greater interest in personal protection and concealed carry. While other companies are introducing new compact 9mm pistols, Walther has been selling a great one for nearly a decade: the PPS.

The PPS, or Police Pistol Slim, is a polymer-framed, striker-fired handgun that is light, flat and easy to shoot. It’s little wonder that a passionate group of devotees has formed around the Walther PPS, but is it possible that it has been eclipsed by newer designs? Not a chance. 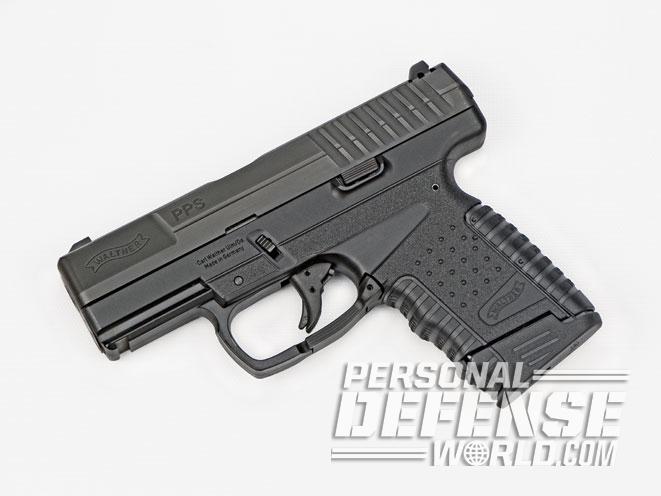 One of the most striking features of the gun is that it looks to be larger than some other subcompact pistols, yet it is very thin and flat. What the shooter winds up with is a gun that he can wrap his whole hand around, but it’s thin enough to conceal easily anywhere on the body. To help fit the gun to an individual’s hand, the PPS comes with two differently sized backstraps. My gun arrived with the smaller of the two installed. For my medium-sized hands, I prefer the smaller of the two backstraps.

The PPS is fitted with low-profile, three-dot sights that are easy to use. The dots are a bright white that really stands out, and they seem larger than similar sights I’ve seen on other guns. The older I get, the more I appreciate big, bright sights. To help with sighting and target identification, Walther also equipped the PPS with a short accessory rail for the addition of a white light or laser.

Unlike the majority of modern pistols, the PPS does not use a push-button magazine release. Instead, it uses an ambidextrous lever that runs along the bottom of the triggerguard. Because of its shape, it is accessible from both the right and left sides of the pistol.

It goes without saying that guns are meant to be shot, and how a gun performs on the range is extremely important. After all, an unreliable handgun is useless for self-defense, and the PPS is clearly designed for personal protection.

One of the things I try to do when testing a new gun is to run a wide variety of ammunition through it. If the gun is going to show signs of unreliability, I want to know about it as soon as possible. Consequently, I will frequently take eight or more different factory loads with me the first time I take a gun to the range. On this occasion, I took 13 different loads. The ammo covered a wide range of bullet weights, designs and manufacturers.

The Walther PPS was unquestionably reliable with every load I tried. I had no malfunctions of any kind when shooting one- and two-handed. When I let a woman shooting next to me on the range try the PPS out, it ran equally well for her. 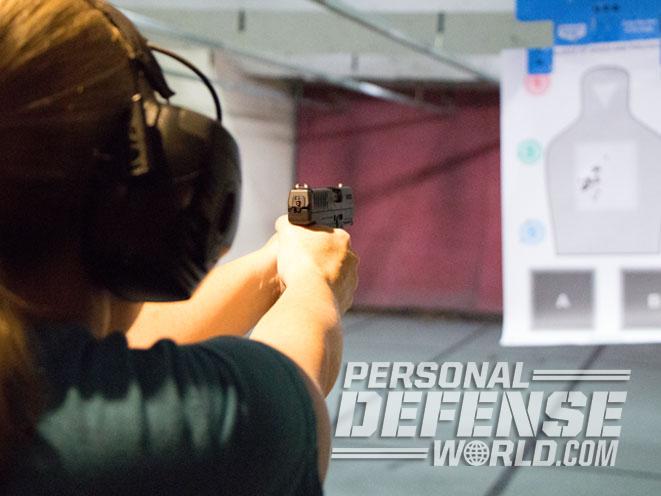 I discovered that the PPS was an even better shooter than I anticipated. The grip angle seemed perfect for me, allowing me to easily get the sights on target and absorb the modest muzzle flip easily.

The trigger was a little uneven in its pull out of the box, but was perfectly acceptable for a self-defense pistol. Prior to hitting the range, the trigger measured an average of 8.16 pounds on 10 pulls with my Lyman gauge. After about 50 to 100 rounds, the trigger smoothed out a bit but stayed around the 8-pound mark.

The gun was plenty accurate for self-defense work. Most loads ran unsupported five-shot groups in the 2-3-inch range, while a few did better. A new load for me was the 100-grain frangible load from Team Never Quit. Team Never Quit manufactures a variety of premium handgun and rifle loads with a portion of the proceeds going to the Lone Survivor Foundation to assist wounded military service members. This load turned in an impressive 1.25-inch group that was hands-down the most impressive of the range day. 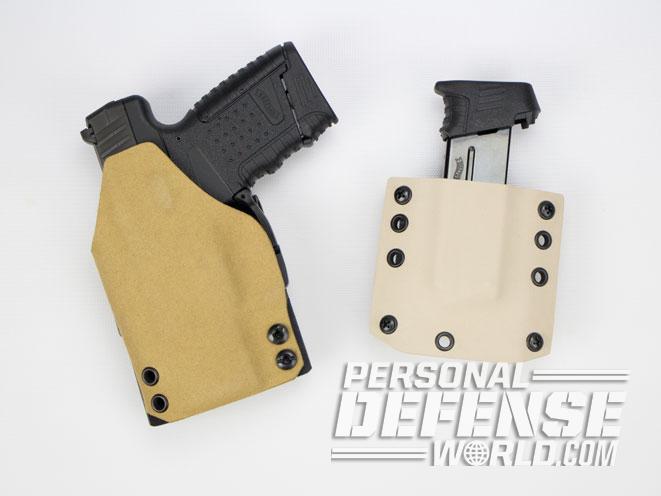 After I was convinced the gun was reliable, I began carrying it in an ACER DG2 inside-the-waistband rig from Bravo Concealment. Based in Texas, Bravo Concealment makes a line of Kydex holsters for concealed and open carry. My ACER DG2 uses thick Kydex for strength and is finished with Combat Suede on the exterior of the holster. This suede-like material softens the feel of the gun against the body and adds an increased level of friction against the pants to help keep the rig in place.

As I expected, the PPS was easy to conceal and carried easily throughout the day. Working at the computer, walking and bending over were all comfortable and the holster kept the pistol in place. Combined with the range performance, I was convinced that the PPS is an excellent tool for self-defense.

The PPS is an extremely good shooting pistol that was accurate and utterly reliable. Recoil is soft and putting rounds on target is very easy. Since the gun is so flat, it conceals well under a light shirt. With the standard magazine, a full grip on the gun is possible—something that generally is not possible with a subcompact handgun. All in all, it is a great choice for deep-cover CCW carry.