Back in the time of our grandparents, and their parents before, the most commonly used shotgun was a double-barrel shotgun, or a “double gun” as it was also known. Even with the passing of more than 150 years, double-barrel shotguns have never lost their appeal to sportsmen and to those who want the easiest and most effective home defense weapon since … well, since homes could be defended with a gun. 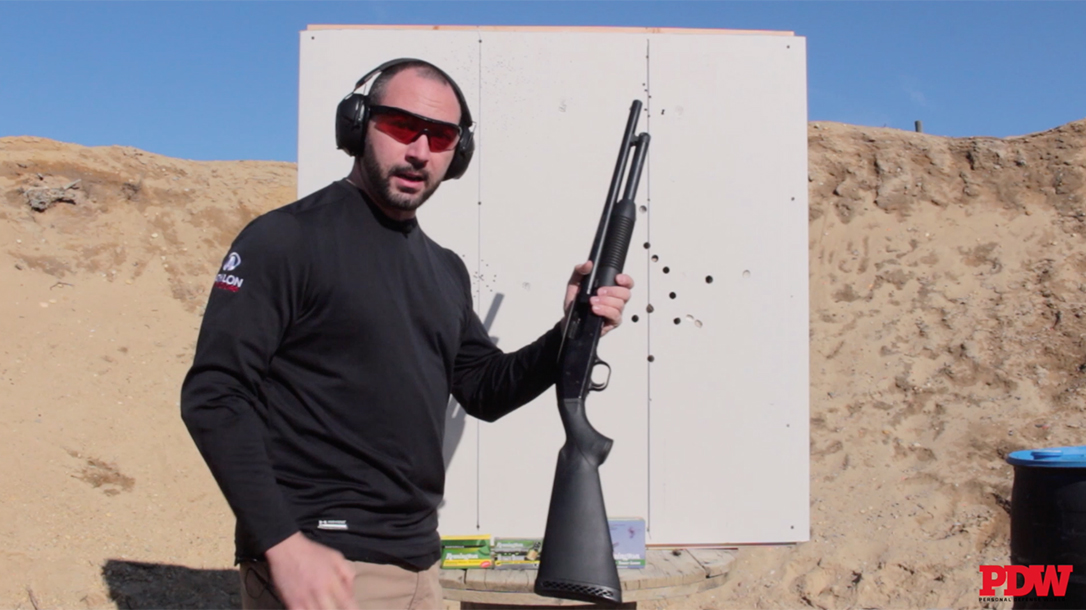 The Double-Barrel Shotgun for Home Defense

No one wants to be on the wrong end of a double gun—not in the 1870s and not today. A scattergun (another popular name) is never taken lightly by miscreants who believe (and this is generally true) that it’s hard to miss with a double gun at close range. While it is possible to miss, even at close range, very few home invaders are willing to play the odds.

As a sporting arm and for home defense, the traditional side-by-side is still the easiest shotgun in the world to handle. Recoil can, of course, be pretty brisk, but one can always use lighter loads. And with modern barrel inserts, double guns can also be quickly re-chambered to fire anything from pistol ammo to large-bore rifle rounds like .308 and .30-06.

An over/under double gun is no less capable, and a bit more accurate at longer distances. Today there are also side-by-side and over/under tactical shotguns like the Mossberg Maverick with its 18.5-inch barrel and 3-inch chambering, the Stoeger Double Defense, complete with Picatinny rails for mounting ghost ring or optical sights and tactical lights, and the Chiappa Triple Threat with three 18.5-inch, 12 gauge barrels! There are even lever-action shotguns with five- to six- round capacities. So whether double or triple barrels, side-by-side, over/under, or lever action, the old ways are still as good as ever. Check out our list below.

No, double barrel shotguns are not illegal. Legalities as they relate to shotguns usually deal with barrel length, not the number of barrels.

Is a double barrel shotgun good?

The short answer is yes. It’s a broad question that we see a lot. It depends on a lot of factors—mainly usage— but as we said above, whether double or triple barrels, side-by-side, over/under, or lever action, the old ways are still as good as ever.

It’s a yes and no answer. Most double barrel shotguns do not have two triggers, but some do.