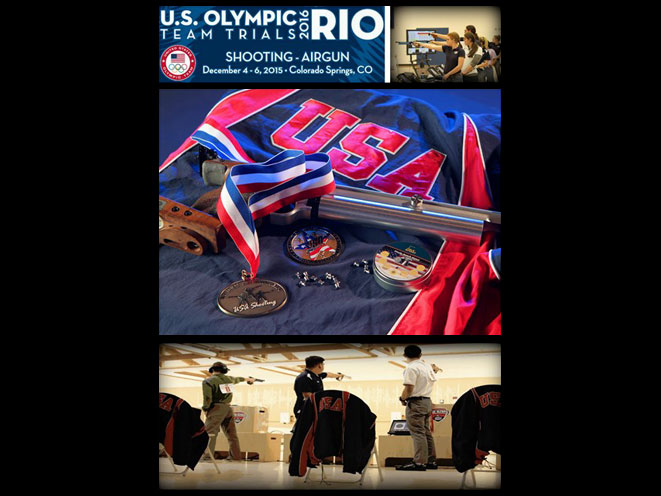 The holiday countdown for America’s elite Airgun athletes is upon us and their hoping it includes plenty of 10.9s as a record crowd is expected for Part I of the 2016 U.S. Olympic Team Trials set for the Olympic Training Center in Colorado Springs, Colorado, December 4-6.

RELATED STORY: 4 Air Guns For Your Next Training Session

The two-part Olympic Trials begin Friday as athletes will face three straight days of competition featuring three qualifiers and three separate finals. Each day’s qualifying scores and points from the event finals will be added to each competitor’s score to get a cumulative total. The top-10 participants in each discipline will then advance to the final stage of Airgun Team Trials next June. No Team spots will be secured during the first stage of these Olympic Team Trials.

Today’s focus is the Air Pistol competition currently featuring 136 athletes (83 Men/53 Women). Will Brown (Twin Falls, Idaho) has distinguished himself as the prime contender for the spot he earned the quota in as dictated by his three World Cup finals appearances in as many years and the 2012 World Cup gold medal he earned in 2013. The women’s quota was earned by Lydia Paterson (Kansas City, Kansas) following a breakthrough World Cup performance in Munich, Germany earlier this season. The 19-year-old has been a steady force in the sport the past five years and will be a prime contender.

“I never really had an Olympic dream. I never thought I would be able to train hard enough to acquire the skills needed to compete at the International level,” said Paterson in a previous interview. “After making many sacrifices and spending countless hours on the range, my sport has transformed from a hobby into a passion. This (past) season has been my most successful year yet and winning an Olympic quota in June has brought my Olympic dream to life. I am determined to earn my place on the 2016 Olympic Team. I have learned to never say never and to chase my dreams no matter how far away they may seem.”

Carson Saabye (Larkspur, Colorado) will have a lot of eyes on her as the 13-year-old looks to make history yet again after becoming the youngest national team member in the history of the sport following a bronze medal performance at this year’s Nationals. Others to watch on the women’s side will include reigning two-time national champion Courtney Anthony (Lexington, Nebraska), who finished seventh at the Pan American Games. Also look for 2008 Olympian Brenda Silva (Snowflake, Arizona) to be a part of the mix. Sandra Uptagrafft (Phenix City, Alabama), the 2012 Olympian in this event, will have to sit this event out after fracturing her hand.

The complete shooting schedule can be accessed here:  http://www.usashooting.org/library/Competitions/0_2015/WAG/2015_WAG.OT_SCHEDULE.pdf 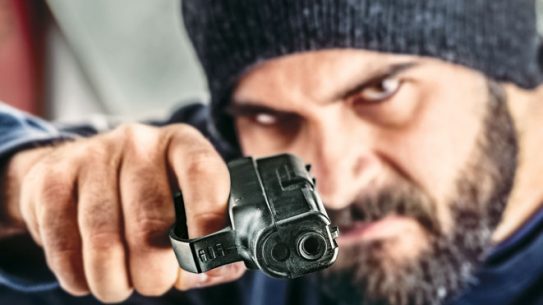 These everyday heroes put their lives on the line to stop a criminal in...