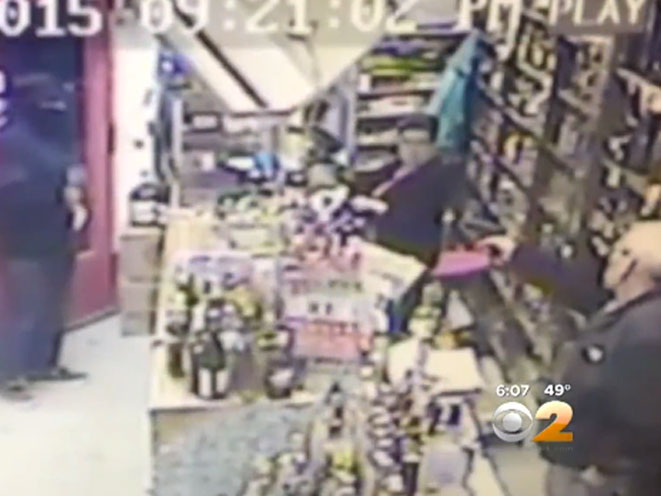 An armed robbery at a liquor store in Bridgeport, Connecticut didn’t go as planned for the suspect who found himself staring down the barrel of a good guy’s gun last week.

According to CBS New York, 65-year-old John Alves, the owner of Madison Keg & Spirit, was working behind the counter alongside his wife when a man walked into the store, drew a gun and started demanding money last Wednesday night.

What the would-be armed robber didn’t know is that he wasn’t the only person in the store who was armed. Alves drew his concealed carry handgun and pointed it at the man, causing him to flee the store in a panic.

“When he said, ‘Give me the money,’ my wife, she opened the register,” Alves said. “That’s why I cocked my gun and I point it at him.”

As CBS New York reports, the Alves family has owned and operated Madison Keg & Spirit for nearly two decades, and this isn’t the first time they’ve been targeted by an armed robber.

The suspect in this case remains at large. 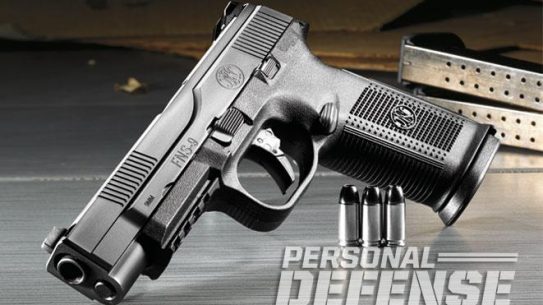 Gain a distinct advantage right out of the gate with FNH USA’s thoroughbred Longslide...