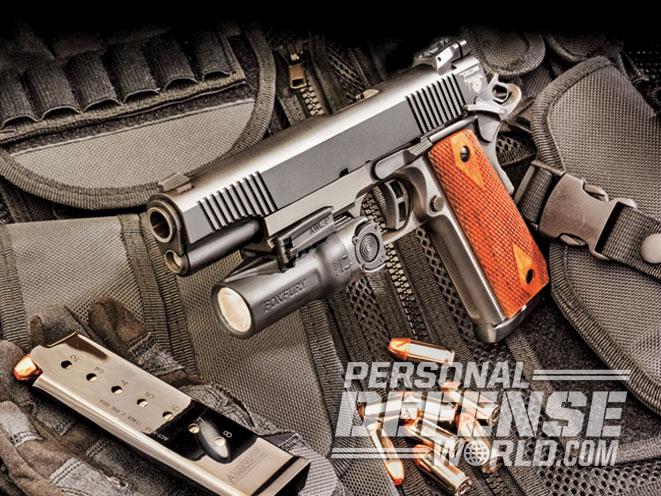 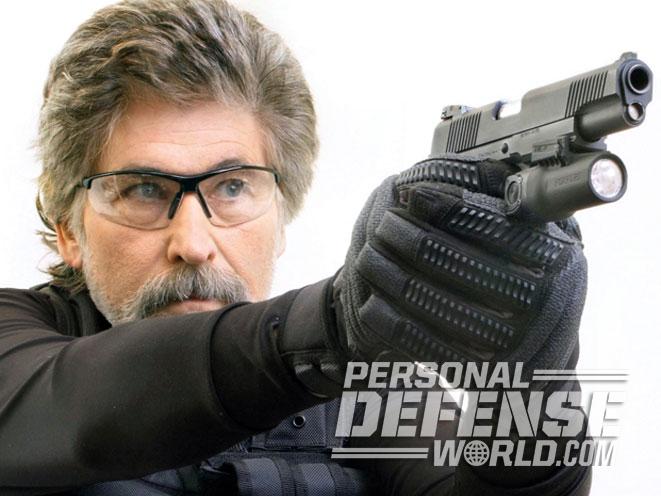 2 of 10
Taylor’s & Co’s 1911-A1 Tactical
The author found the 1911-A1 Tactical accurate and easy to operate even with tactical gloves. During the evaluation, temperatures were hovering around freezing. 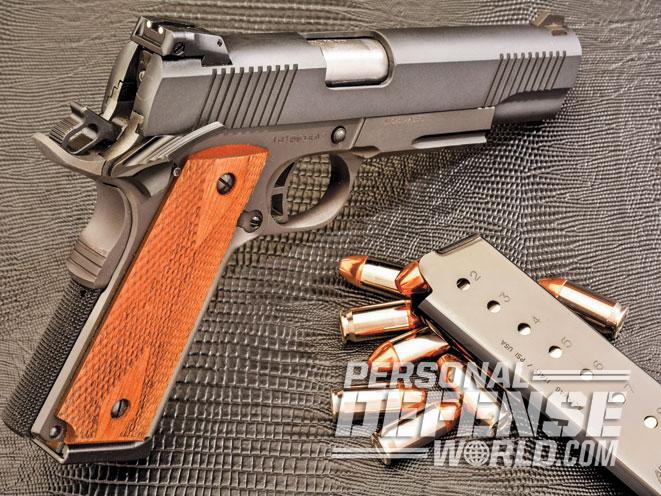 3 of 10
Taylor’s & Co’s 1911-A1 Tactical
Standard features include an ambidextrous, elongated thumb safety, a skeletonized trigger and hammer, and a checkered mainspring housing. 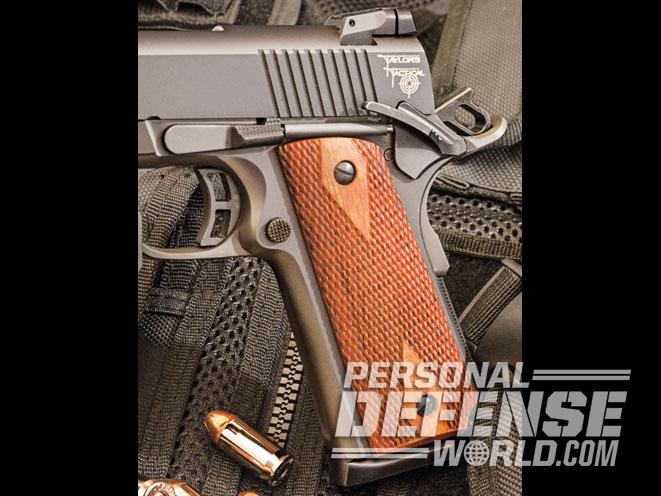 4 of 10
Taylor’s & Co’s 1911-A1 Tactical
The 1911-A1 Tactical comes with double-diamond-checkered walnut grip panels that provide a secure grip as well as two 8-round magazines. Also note the pistol’s high-swept beavertail, which lowers the bore axis, and checkered, easy-to-use magazine release. 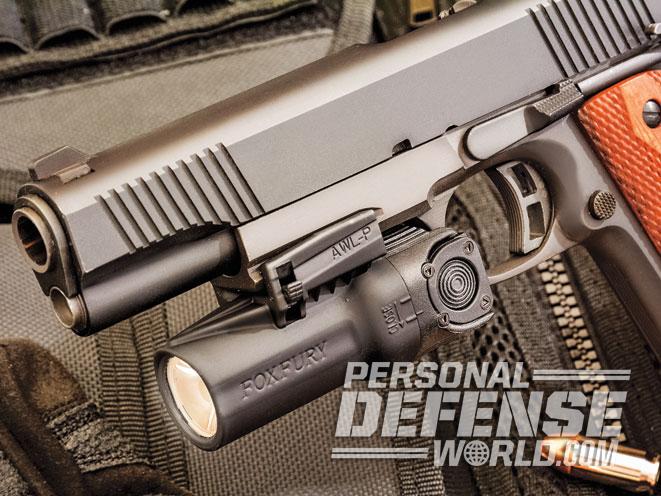 5 of 10
Taylor’s & Co’s 1911-A1 Tactical
The 1911’s slide has ten forward and ten rear serrations to provide a solid grip when chambering a round or clearing the gun. The sturdy dust-cover rail makes it easy to add mission-critical accessories like lasers and lights, such as the 140-lumen FoxFury tactical light shown. 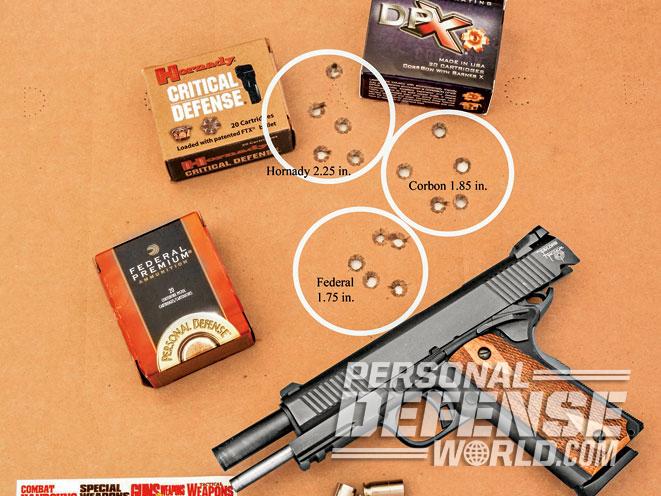 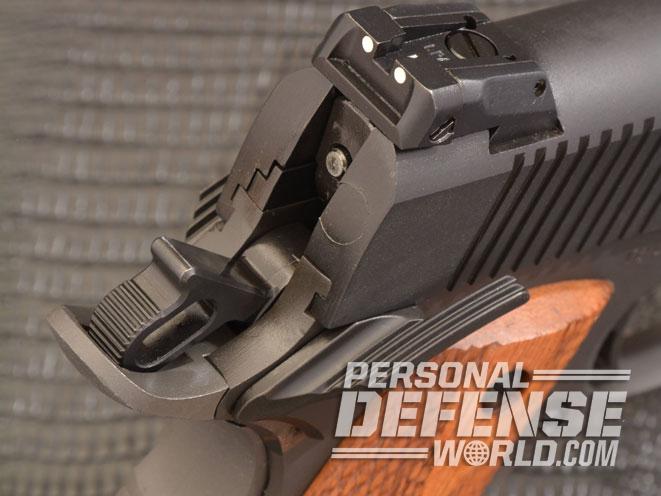 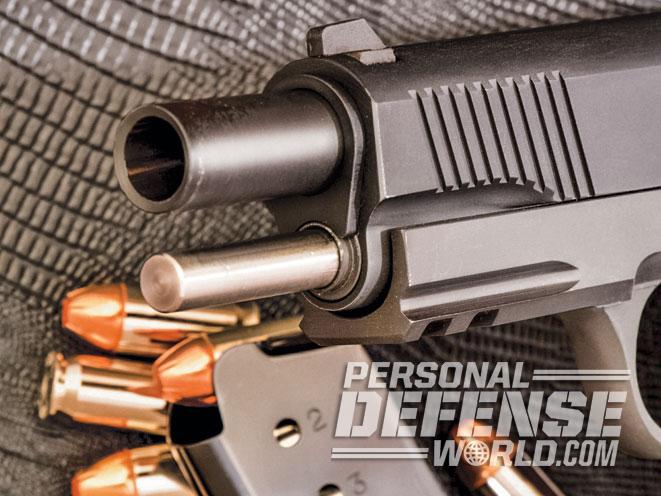 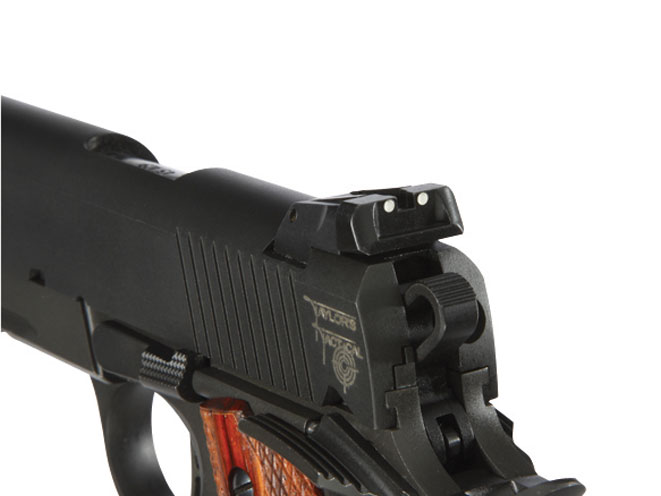 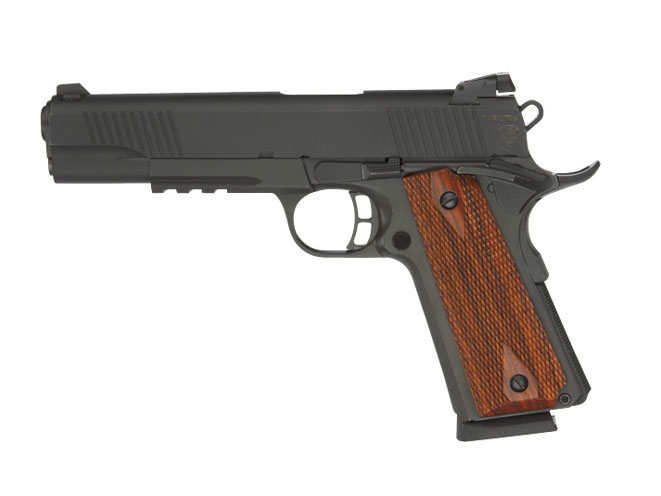 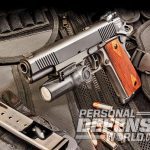 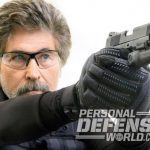 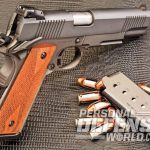 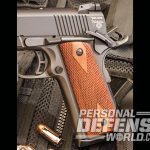 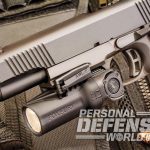 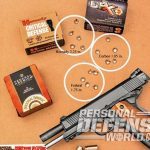 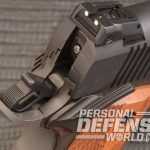 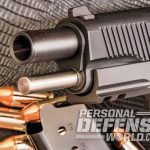 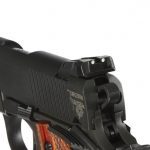 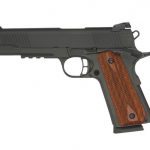 The Colt Model 1911 is 104 years old, but the old gun (the oldest military pistol still in use) proved it still has the chops by being selected in 2012 as the Marine Corps’ new Close-Quarter Battle Pistol (CQBP). The USMC version, or M45, is a specialized Rail Gun based on the Colt XSE series Rail Gun. As manufactured for the Marine Corps (and other elite U.S. forces) the M45 costs around $1,875. The civilian version, known as the Colt Marine Pistol, costs even more, selling for $1,995. The XSE series Colt Rail Gun retails for $1,198. In short, 1911 Rail Guns are popular and expensive. Now, what if you could have a 1911 Rail Gun for about half the price of an XSE series? Well, that’s exactly what you’re looking at!

Taylor’s & Company Firearms in Winchester, Virginia, though better known for selling 19th-century western single actions and lever-action rifles, is stepping boldly over the 20th century and going right into the 21st with its first full-feature tactical Rail Gun, the 1911-A1 Full Size Tactical. This is a companion model to Taylor’s 1911-A1 and standard 1911 models, the latter having a very solid connection to the waning days of the Old West in the early 1900s. Going tactical, though, is something new for Taylor’s and the 1911-A1 Tactical is a purely modern military Rail Gun for only $570.

The Taylor’s Tactical is built to the company’s specifications in the Philippines by Armscor (one of largest manufacturers of 1911s in the world). All the tactical features on the Taylor’s model are based on current Rail Gun designs, right down to the front and rear slide serrations, the dovetailed front and adjustable white-dot rear target sights, the skeletonized trigger and hammer, the dust-cover accessory rail, the walnut grips, the flat mainspring housing, the grip safety and the upswept beavertail. The gun also comes with two 8-round magazines with extended basepads and anti-tilt followers, a standard flat-black (Parkerized) tactical finish on the frame and slide, a blued barrel, a finely checkered mainspring housing and a large, ambidextrous thumb safety.

This is not a shiny blued 1911 copy (although Armscor makes those as well). The Taylor’s model is built as a military-style gun, and thus the standard Parkerized finish. For those who prefer a more modern look, Taylor’s Tactical is also available with Cerakote finishes in desert tan, OD green, gunmetal grey, Flat Dark Earth as well as more durable black nitride.

As for build quality, the Taylor’s Tactical has exceptionally close tolerances between the outer dimension of the slide and inner dimension of the frame rails for a solid fit that goes beyond the gun’s price point. The Tactical also comes with a heavy duty recoil spring and a full-length guide rod, two features that are generally extra cost options. Although the heavy duty spring makes chambering the first round, clearing the action and field-stripping the gun a little harder, the extra effort is well rewarded with less felt recoil and improved handling with higher velocity rounds. The slide also has 10 deeply cut serrations in the front and rear to provide a solid grasp when chambering the first round or clearing the gun. Some question the advantages of front slide serrations, but if you need to press-check the chamber for a loaded round, they quickly earn their keep, especially when you have a heavy duty recoil spring to work against.

Being a full-size model, the Taylor’s Tactical tips the scale at an even 52 ounces unloaded, which is about the same as the comparably sized Colt Rail Gun. Overall length is 8.75 inches; height with extended magazine base pads is 5.5 inches and width (including the ample diamond-checkered walnut grips) is 1.18 inches. It is a hand-filling sidearm that points naturally and offers excellent sighting capability. The dovetailed rear sight is adjustable for windage and elevation, and the dovetailed front sight (a plain matte black ramp) is interchangeable and can be upgraded to an optional green fiber optic front sight. The sights have rounded edges (like Novak sights) to prevent them from snagging on clothing, but those rounded edges also save hands and tactical gloves from the minor cuts occasionally received from straight-edged adjustable sights.

While familiarizing myself with the gun before the range test, I found the checkered magazine release takes a harder-than-normal push to operate, and a little extra with tactical gloves on. But after that the well-made Italian magazines drop out smoothly on the reload. The ambidextrous safeties are also very firm and click in and out of the locked position with unmistakable authority. This also helps to avoid accidentally engaging the safety when using a high grip on the gun. The slide release is firm as well, but no excessive effort is required. The gripping surfaces (checkered walnut grips, serrated frontstrap and checkered mainspring housing) all provide a solid, tactile surface for bare hands or tactical gloves. The skeletonized trigger averaged a smooth 5.8 pounds, with a short, 0.125-inch take-up, crisp break and quick reset.

Overall, this is a gun that looks and feels like it should perform well in the field. For this test, however, Mother Nature also weighed in and made it a double challenge with below-freezing temperatures and a prevailing wind gusting to 11 miles per hour. All tests were at 25 yards from a benchrest, and my ammunition was Hornady’s 185-grain Critical Defense FTX, CorBon’s 185-grain DPX +P and Federal Premium’s 230-grain Personal Defense Hydra-Shok JHPs (jacketed hollow points). The Federal is rated at 900 fps, Hornady at 1,000 fps and CorBon at 1,075 fps.

Waiting for breaks in the wind to permit some degree of consistency with all ammo, the best target groups fired at a Law Enforcement Targets IPSC cardboard silhouette averaged 1.75 inches for the Federal Premium, 1.85 inches with CorBon and 2.25 inches with Hornady. All groups had close pairs from 0.5 inches to 0.75 inches, and all rounds fired hit inside the A zone of the IPSC target.

Under the wind conditions, with the surface of the target moving toward and away from me as I shot, thus slightly changing the angle of impact with each round, I felt the gun acquitted itself nicely. There were zero malfunctions or failures to feed. The rear sight was easy to adjust and, overall, the gun was manageable even with tactical gloves. Under conditions that would make any shooting evaluation difficult, I came away feeling that Taylor’s 1911-A1 Tactical delivered on its performance image, and for a price that usually gets you a standard 1911 copy. This is a lot of gun for the money.

After the range test and trying the gun in a several different holsters (including injection-molded rigs) I was already beginning to see edge wear and light scratches in the matte black finish. It’s the nature of the beast as matte black (unless it is black nitride) is going to show wear very quickly. An upgraded gun in any of the Cerakote finishes and with a white-dot front sight increases the purchase price by $229. But even at $799, the total number of features compared with any other railed 1911 on the market still makes the Taylor’s Tactical a truly great buy. You could easily pay $800 for a lot less gun. 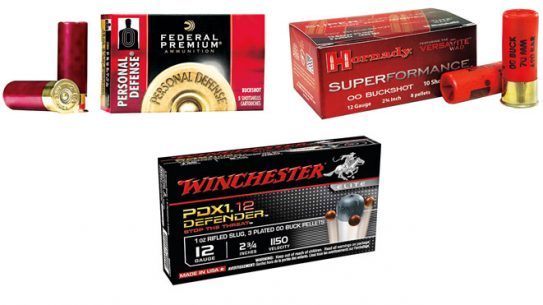 A brief look at three effective buckshot loads for shotguns.