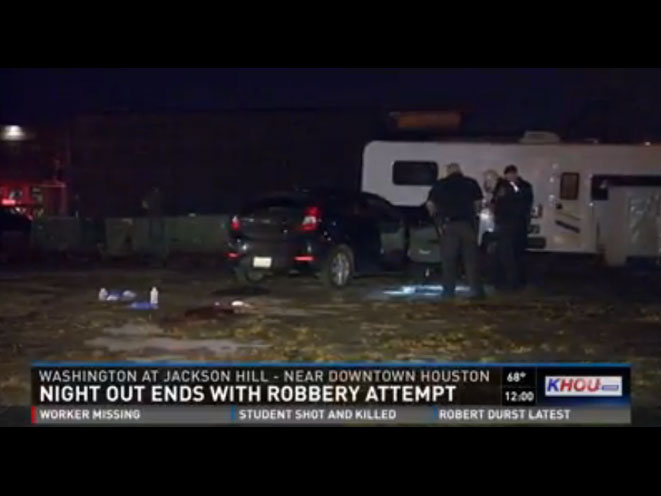 A pair of would-be robbers were shot multiple times by one of their intended victims in west Houston last Sunday.

According to KHOU, a man, his brother and two women were in a parking lot along Washington Avenue and Jackson Hill getting ready to leave from a night out when the were suddenly approached by two men armed with handguns.

The suspect proceeded to slap the cards out of his hand. Once that happened, the victim’s brother got out of the car and opened fire, shooting the suspect twice in the chest.

“As soon as he shot him, I ran over there and kicked him in his face twice because I don’t know if he was dead or not,” said the man. “Kicked him twice in his face, tried to clear his gun, but it turned out to be a fake. It wasn’t even real.”

“There was no orange tip or anything. If you’d have seen it, you would have believed it was a real gun,” said Jeremy Spurlock of the Houston Police Department.

As KHOU reports, the victim’s brother then shot at the second suspect, who managed to get away in a car driven by a third man. The first suspect who  was left at the scene was transported to an area hospital, where he underwent surgery and is still in critical condition. The victim’s brother said a cop told him that the second suspect later turned up at the hospital and had been shot seven times.

Police said it appears the attempted robbery was random. No charges have been filed thus far against the man who shot the suspects. 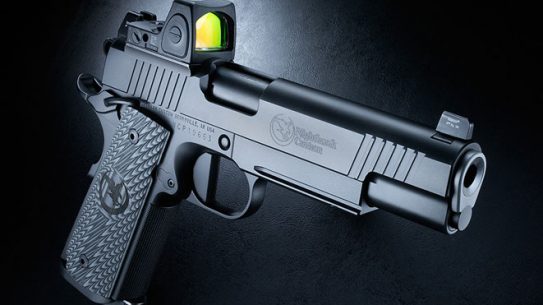 Quality holsters for the Nighthawk Shadow Hawk 1911 can easily be found.