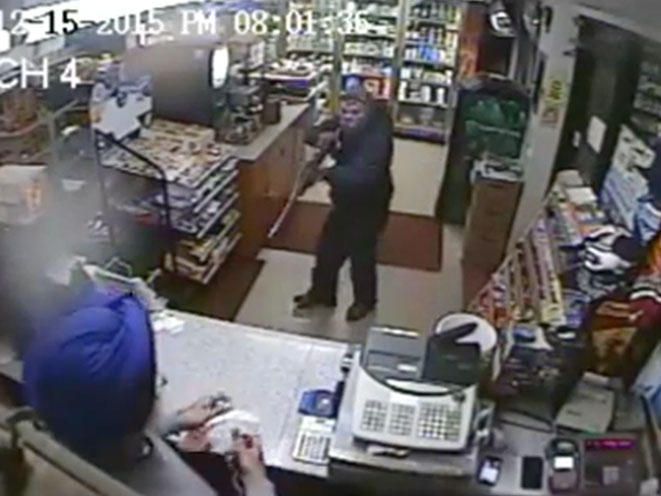 A store clerk foiled an attempted armed robbery in Staatsburg, New York last week, causing the suspect to flee the scene in a panic.

According to CBS New York, a masked man walked into the Route 9 Mini Mart Citgo Station at around 8 p.m. on Dec. 15. He pulled out a shotgun, pointed it at the clerk working behind the counter, and started demanding cash. The clerk complied, placing cash from the register into a plastic bag, but the impatient suspect reached over the counter to take the money from the register himself.

Sensing an opportunity, the clerk grabbed the suspect’s arm. Surveillance footage shows the armed robber backing away from the counter and pointing his shotgun at the clerk.

The clerk then grabbed his shoe and threw it at the suspect, hitting him in the face.

But the clerk wasn’t done there. As CBS New York reports, he came from behind the counter and started fighting with the masked gunman. The fight eventually spilled outside the store.

As the confrontation continued outside, police said the suspect managed to fire his shotgun once into the ground in order to scare off the clerk. He then drove away in a vehicle.

The clerk, later identified as Amrik Singh, was uninjured. 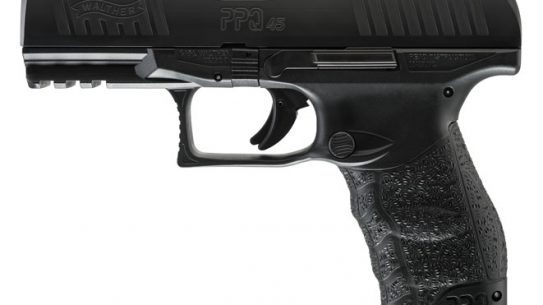