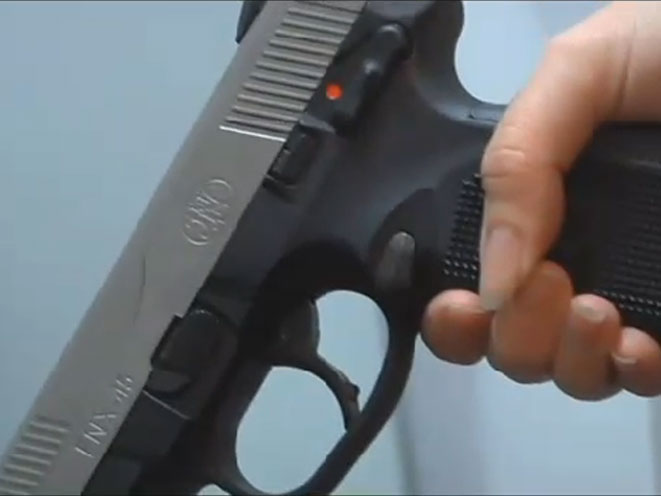 A Tennessee woman used her legally-owed handgun to hold a burglary suspect at gunpoint until police arrived at her home last week.

WRCB reports that Holly Benitez was alone inside her Cleveland residence when she heard suspicious noises and realized somebody was attempting to break in through the front door.

She quickly grabbed her handgun and confronted the suspect.

“I tried to order him to stay right where he was at and I pointed the gun at him and I came running off the porch and I came within 10 feet of him and he laid the bicycle down and he crumpled on top of the bicycle,” she said.

Police arrived and found 35-year-old James Jeffrey Dunn being held under citizen’s arrest by Benitez in her front yard.

“I didn’t know what he had. So I didn’t want to let him out of my sight. I didn’t want him to attack me or shoot me or do whatever,” Benitez said.

RELATED STORY: How To Build Your Own Safe Room

According to WRCB, Benitez owns two handguns, including an FN .45. She obtained her concealed carry permit and received proper training a couple of years ago, training which came in handy last week.

Dunn — who has a rap sheet that includes 40 prior arrests — is facing charges of Aggravated Burglary, Theft and Burglary of a Motor Vehicle. 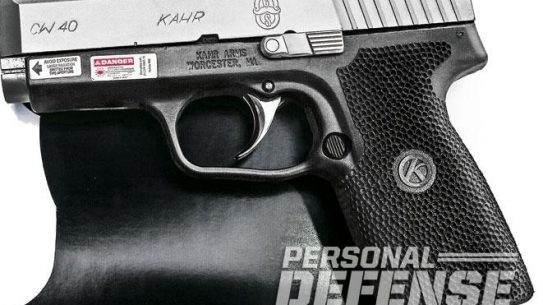