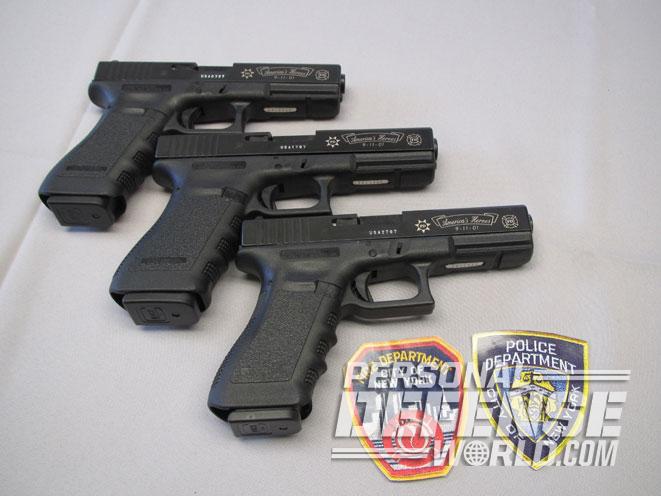 1 of 10
The Ins and Outs of the Glock Collector’s Association
“Commemorative models in the collection include the America’s Heroes set of three pistols (G17, G21, G22), which commemorates the fallen police and fire personnel lost during 9/11.” 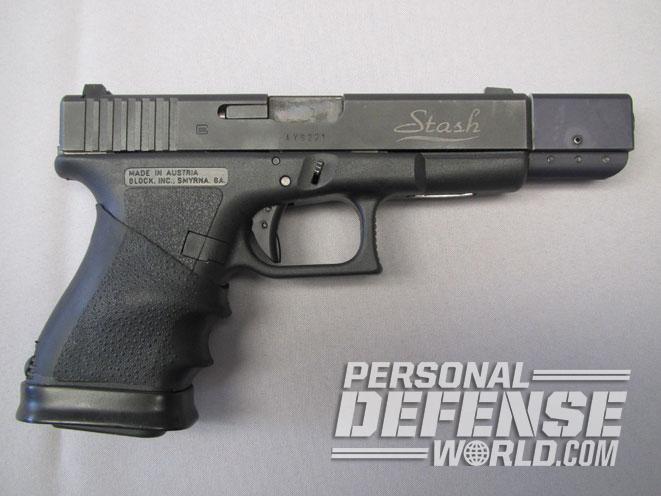 2 of 10
The Ins and Outs of the Glock Collector’s Association
One of the GCA’s unique Glocks is from Stanley “Stash” Ruselowski, Jr., with a specially engraved slide and compensator. 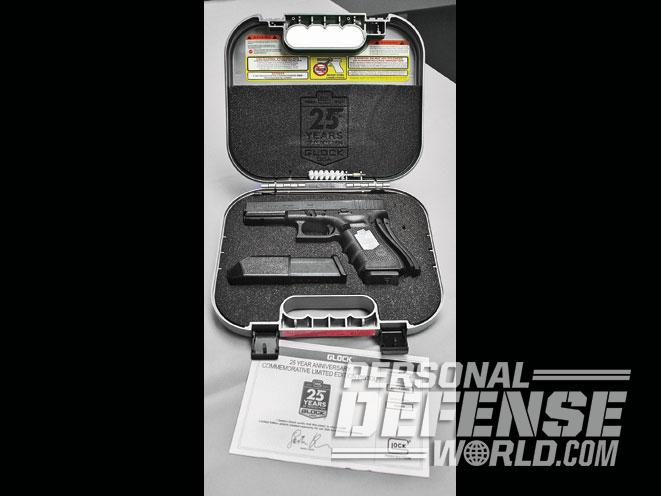 3 of 10
The Ins and Outs of the Glock Collector’s Association
To mark its 25th anniversary, Glock released limited-edition pistols with unique grip plates. 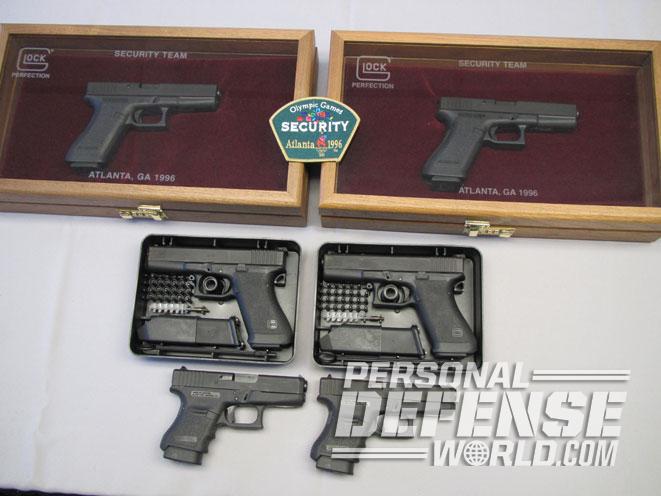 4 of 10
The Ins and Outs of the Glock Collector’s Association
“Other commemorative models include Desert Storm, the Atlanta Olympics, an unusual engraved “defense set” of four pistols and many more.” 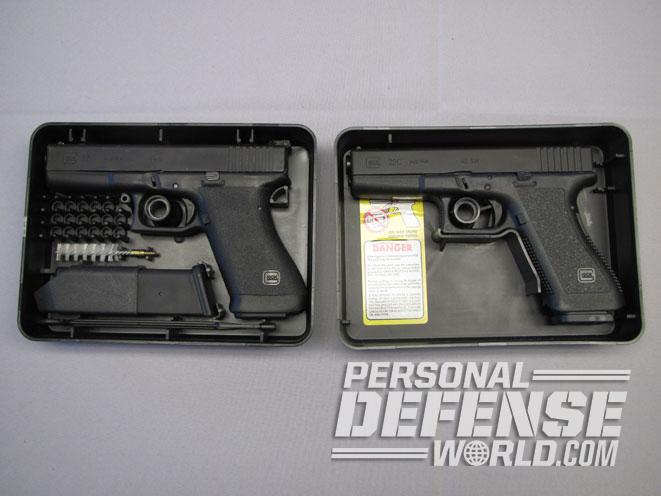 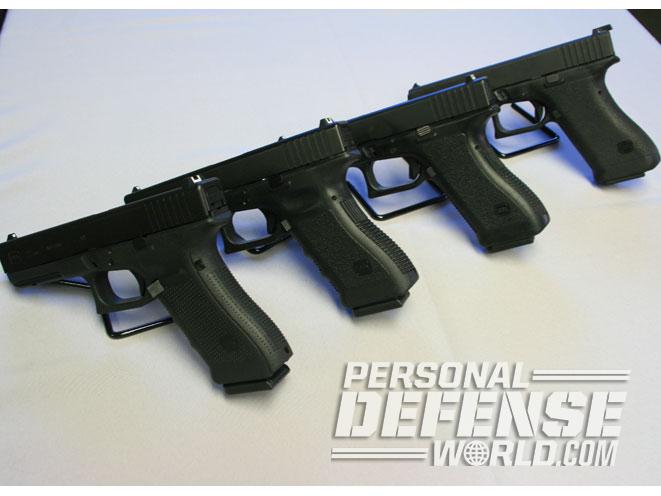 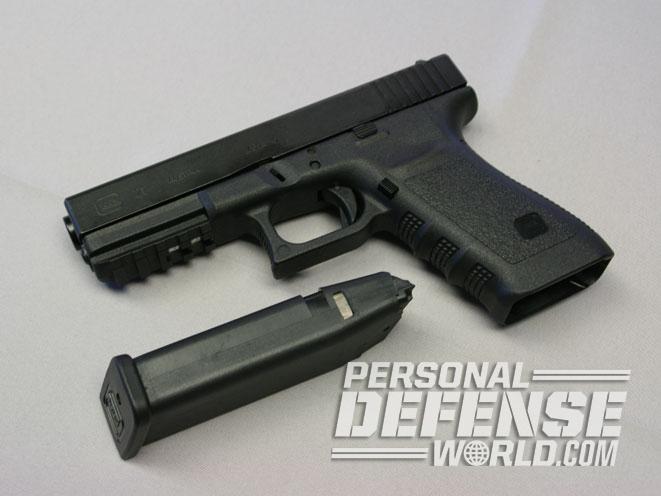 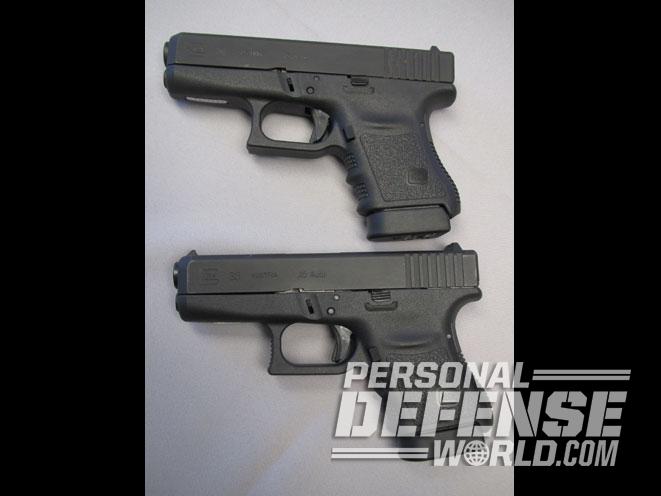 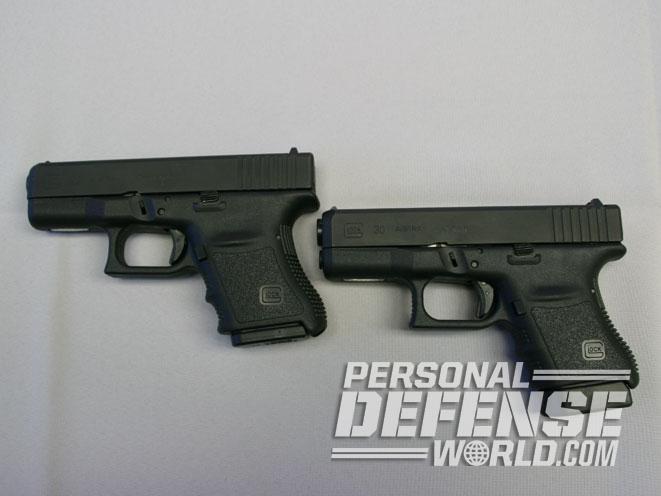 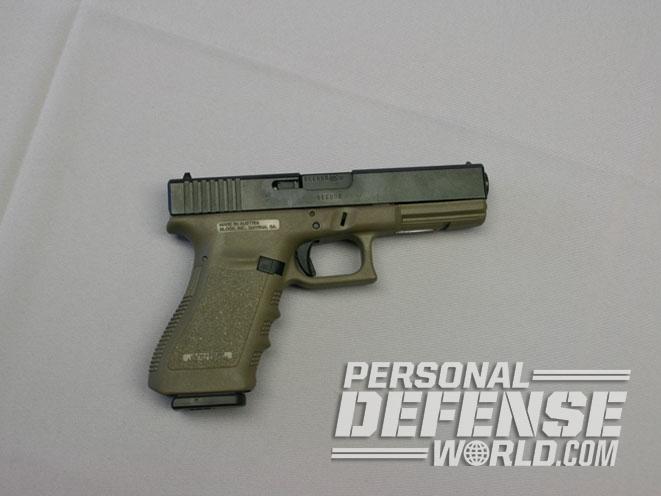 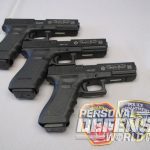 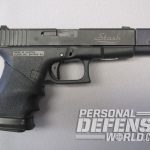 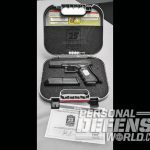 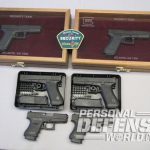 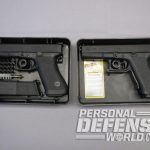 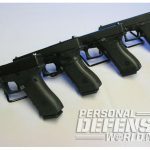 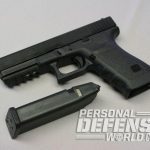 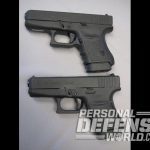 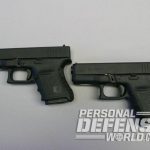 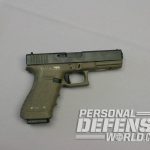 Anything, in essence, is collectable, but what makes items truly collectible is their uniqueness, their place in history, rarity and design. It doesn’t matter if they are baseball cards, record albums, 1960s muscle cars or firearms. Glock pistols may not seem collectible because they are so common—just take a look at what most law enforcement officers wear on their hips. More than likely it is a Glock pistol. You may even carry a Glock of your own or keep one in the nightstand drawer. Why, you might ask, would a weapon as common as a Glock be collectible? The story of Glock is a well-known piece of history and, like smartphones, some of us wonder how we ever got along without these pistols.

To say Glocks were revolutionary is a vast understatement. Glock pistols were a game-changer to the firearms industry and the way militaries, law enforcement agencies and civilians use and think about handguns. It has been more than 30 years since Glock launched its first pistol in Europe, in 1982, and from then on its reputation soared. Glock Inc. USA is celebrating its 30th anniversary as a U.S. factory in 2016.

In the U.S., Glock pistols have been imported since 1986, and from nearly the beginning some people with foresight thought this revolutionary design might just catch on. It did catch on, so much so that Glocks can be found with over 65 percent of the law enforcement agencies in the U.S. and also has manufactured over 10 million Glock semi-auto pistols since 1983 worldwide. The Glock Collector’s Association (GCA) has been there every step of the way, chronicling the evolution of Glock pistol designs, cataloging commemoratives and making note of unique models. What is also so unique about collecting Glock pistols is that some of us have seen the phenomenon firsthand, watching as some gun experts and the media snorted that no one would ever want a “plastic” gun.

The GCA was established in 1995 by Raymond W. Reynolds, Shawn R. McCarver and Joseph T. Strand, three friends who had the foresight to anticipate the impact Glock pistols would have on the firearm industry. Monumental changes to the firearms industry don’t happen often. You rarely get to witness, say, a Sam Colt introducing a revolver or a John Browning fine-tune a pistol design into the 1911, but these three friends knew there was something to Glocks. Reynolds, in fact, was a retired police officer who collected Glocks and eventually joined Glock to tout the pistols’ virtues to police chiefs across the nation. Reynolds helped build the brand in the U.S. and, in a way, had a part in creating the destiny of the GCA and the success of Glock itself.

In 1995, the GCA was incorporated as a not-for-profit corporation with Reynolds as the association’s first president; McCarver served as its second president. Like other associations that focus on a specific firearm brand, the GCA’s mission is to educate and preserve. It educates the public on the models, variations and commemoratives built by Glock as well as provides members with specific information on Glock serial numbers, importation and other facts unique to Glock pistols. The group also helps preserve the pistols for generations to come. Raymond Reynolds sold his extensive collection to Glock Inc. USA and they use it as a reference index collection.

In 2007, Stanley “Stash” Ruselowski, Jr., was appointed the third president of the GCA with Thomas C. Pietrini as secretary/treasurer. One of the founding members, Joseph T. Strand, remained on the board of directors. All are volunteers to the GCA and serve without compensation. The GCA is affiliated with the NRA as a recognized gun club and collector’s association, and has a licensing agreement with Glock to use the company’s logo in association publications, but there is no affiliation. Gaston Glock gave his permission to allow the organization the use of the Glock logo; they in turn made him honorary member #001.

An annual gathering of the GCA is held yearly at the NRA’s Annual Meeting where officers are elected and members can talk Glock with each other. Ruselowski travels with his extensive collection of rare and unique Glock models to the event and other gun-collecting shows across the U.S. The GCA has received several awards since the association started.

Start to talk with Ruselowski and you will soon understand the collectability of Glock pistols. Just like Ruger collectors get excited about two-screw and three-screw revolvers, Winchester collectors speak with reverence about pre-’64 models or those into S&W revolvers discuss models with a pinned barrel, Ruselowski helps decode the Glock serial-numbering system as well as describe unique transitional models. He has 64 Glocks in his collection, which is continually displayed at events attended by the GCA.

The most impressive part of Ruselowski’s collection are models representing the First Run Upon Introduction civilian models, from the G17 (the first model offered by Glock) to Glock’s latest market model, the G43. These 20-plus models and over 170 variations show the evolution of the Glock pistol.

Probably the most noticeable feature of Glocks over the years is the variation of the grip treatment. There are actually five texture treatments that followed this evolution: Gen1 guns (1986-1988) had a pebbled finish, Gen2 guns (1988-1997) had a checkered “grenade” texture, Gen3 guns (1995-present) had finger grooves and a checkered texture, Gen4 guns (2010-present) had what is known as a Rough Textured Frame (RTF), while models from 2014 through the present have less aggressive texturing and no finger grooves.

Cutaway pistols are used by a firearm’s sales force to show the inner workings of the weapon. Ruselowski has a cutaway Glock 17 Gen1—one of 90 made—in “new in box” condition. He also has a specimen from the first run of OD green Glock 21 Gen3s. The collection also includes a Glock 21 Gen3 with a true Picatinny rail that was submitted for the U.S. military pistol contract pre-2007. This G21 SF is unique because of its rail and ambidextrous mag release. Ruselowski has unique combinations, models with serial numbers that match his membership numbers in the GCA, consecutively numbered guns, and serial numbers that match model numbers. Commemorative models in the collection include the America’s Heroes set of three pistols (G17, G21, G22), which commemorates the fallen police and fire personnel lost during 9/11. Other commemorative models include Desert Storm, the Atlanta Olympics, an unusual engraved “defense set” of four pistols and many more.

Those interested in joining the GCA can email, fax or write Ruselowski for a membership application. Membership is open to anyone who is over 21 years of age and legally able to own a handgun.

Upon joining the GCA, members receive the most recent GCA Journal, a publication that comes out about once a year that includes articles on unique pistols, history on specific models and other items of interest. Members can also purchase copies of past journals, as well as the GCA Master Journal, which lists the standard production matrix of first-run pistols shipped to the U.S. This matrix is invaluable to a collector, as it lists Glock models, first-run prefixes, dates shipped, variations and more interesting information. For more information, email [email protected] or write to 45 Freight Street, #1-102, Waterbury, CT, 06702. 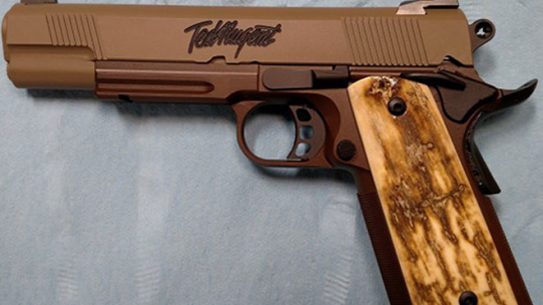