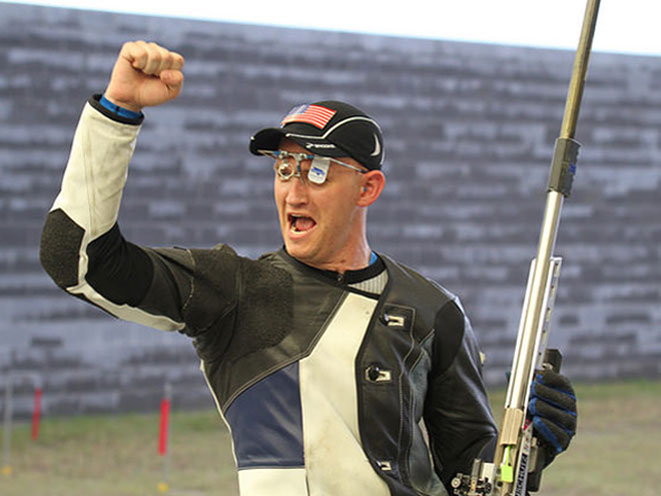 The dust has settled on a busy 2015 for the USA Shooting Team as they traveled all around the globe in their quest for quotas.  In the midst of doing so, they represented the very essence of the shooting sports while preserving our present glory and showcasing our future prospects. Though the true significance of their accomplishments won’t fully be realized until next summer in Rio, what transpired throughout our sport over the past year certainly merits celebration now.

In a year that will forever be defined by quota earnings, USA Shooting prevailed.  Fifteen additional Olympic and three more Paralympic quotas were earned throughout the year meaning that 25 shooting representatives (20 Olympic/5 Paralympic) will take part in the Olympic and Paralympic Games in 2016. Those 20 Olympic quotas represent the second most among all countries with China winning the quota race with 22 currently. The growth of the Paralympic Team, despite limited funding and resources, has been astounding with the team earning three more quotas than they did last time around.

We’re continually defined by the presence of our athletes and the footprint they left in 2015 was big even ahead of their defining moments still to come. Five-time Olympian Kim Rhode (El Monte, California) led Team USA into the Pan American Games Opening Ceremony as the U.S. Team flag bearer.  She followed that with Pan Am gold and then a red-carpet appearance while receiving recognition as the best female athlete of the Toronto 2015 Pan American Games during the Association of National Olympic Committees Awards Gala.  Vincent Hancock (Eatonton, Georgia) had a competitive season so compelling he was among five top U.S. athletes up for nomination as Team USA’s Male Athlete of the Year. Carson Saabye (Larkspur, Colorado) did the unthinkable by making the National Team as a 13-year-old after placing third at Nationals in Women’s Air Pistol. Quite simply, our athletes continue to set the bar as positive role models for the shooting sports and continually represent positive virtues for the gun culture to recognize.

Other competitive highlights include:

Helping drive all that success is an organization that is celebrating some wins as well.  On Monday, a Blue Ribbon Panel met to help begin laying out a plan for an even better USA Shooting in the future. Development of the USA Shooting Coach Academy and an advanced coach education and certification program has been of paramount importance in 2015 and will officially come online in the first quarter of the New Year. USA Shooting has also conducted successful championship events and selection matches throughout 2015 resulting in a positive cash flow from match operations for the first time in the organization’s history. Contributing to that most positive result is record participation in the Junior Olympic program and at national championships.

For much more depth and coverage of your USA Shooting Team in 2015, be sure to check out the USA Shooting News YEAR IN REVIEW special issue now available.

You can also view the USA Shooting photos that defined the year, by clicking here. We’re giving you the chance to join in too and win a USA Shooting prize pack.  Submit the favorite USA Shooting image you’ve taken this year via any one of our social media channels using the hashtag #pickthepic15 before noon MT Friday.

All of that leads us to 2016 and the Olympic & Paralympic Year that we will preview in greater depth on Friday.  Since London, all the talk and meticulous preparation has been about putting Rio in Sight.  Six have earned their ticket now, and another 19 more will join them in the months to come as we get ready to rally behind a team of shooting stars and boast about how SHOOTING IS OUR OLYMPIC & PARALYMPIC SPORT. 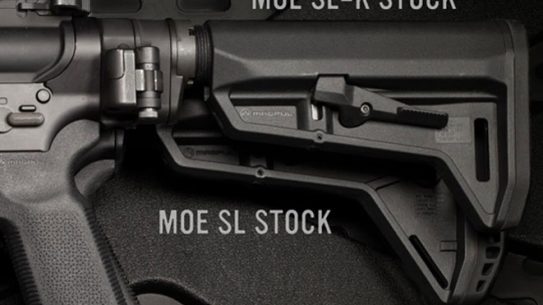 The Magpul SL-K Stock: all of the features, none of the bulk.