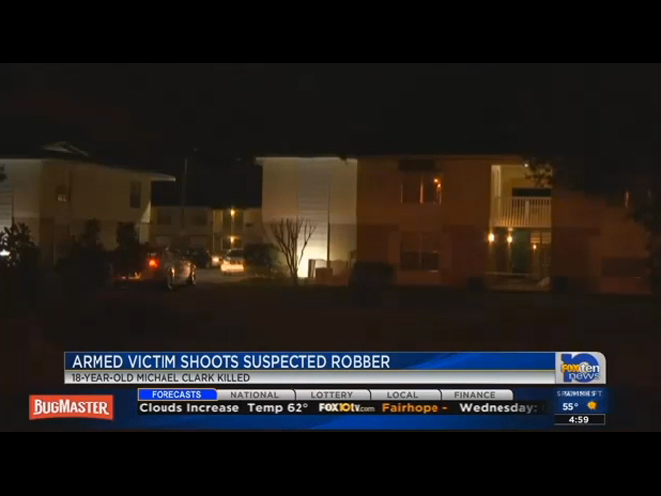 An armed robber is dead after being shot by his intended victim in Mobile, Alabama earlier this week.

According to WALA, a man and his girlfriend were in an apartment complex parking lot unloading groceries from their car when they were suddenly approached by another man armed with a handgun who demanded their valuables.

The suspect, later identified as 18-year-old Michael Lanier Clark, took the victim’s wallet. That’s when the victim pulled out his own handgun and opened fire, shooting Clark in the chest.

Police arrived and found Clark’s body in a breezeway, along with the stolen wallet and his weapon.

As WALA reports, police are calling this a justified shooting because the would-be victim was in fear for his life and “the victim was actually in a place where he lawfully had a right to be.  He was unloading his groceries,” Mobile Police spokesman Terrence Perkins said.

Still, the case will be submitted to a grand jury for review.

8 Cases of Armed Citizens Standing Up Against Violent Attackers 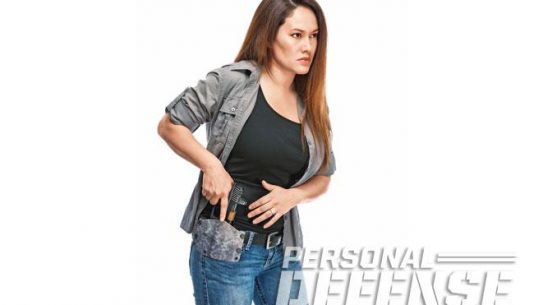 45 Tactical Designs has a Tactical Boutique that gives women the chance to keep...