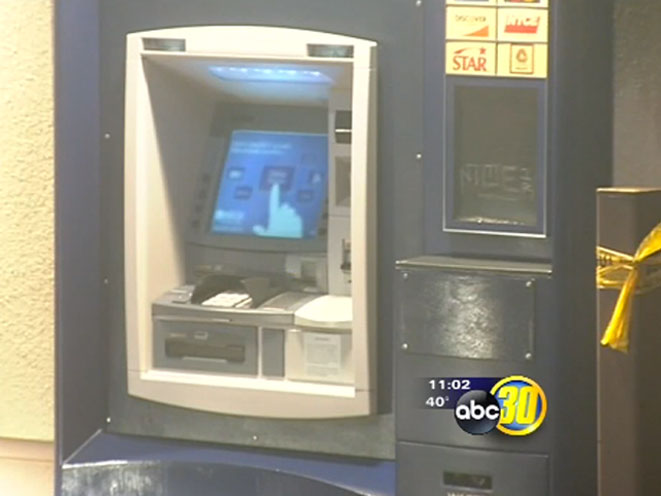 A good guy with a gun turned the tables on a pair of robbers at an ATM machine in Fresno, California last Friday morning.

According to KFSN, a sanitation worker pulled up to the Educational Employees Credit Union (EECU) to withdraw $20 from the ATM so he could buy lunch. While the man was at the machine, he heard somebody say “It sure is cold out here” behind him. The man turned around and that’s when the suspect tried to shoot him in the neck with a stun gun. He then shot him in the lower back.

Fortunately, the would-be victim keeps a gun in his car door. He managed to get back to his vehicle, grab the gun, and order the suspect — later identified as 32-year-old Jeremy Lynd — to the ground. But that’s when Lynd’s accomplice — 31-year-old Bobbie-Sue Alexandra Nicole Sevier — pulled up in the getaway car and yelled at Lynd to get in.

“And he did. She was driving out — ended up striking the victim’s vehicle while he was in it. At that point, he feared he was going to be struck by the vehicle, maneuvered his way around, and fired several rounds into the suspect vehicle,” said Fresno Police Chief Jerry Dyer. “One of those rounds penetrated the car stuck the female in the leg.”

As KFSN reports, both suspects fled the scene on foot. Sevier was arrested at a nearby Starbucks. She was treated at an area hospital before being booked and charged with attempted robbery, assault, carjacking and other crimes, according to the Fresno Bee. Lynd remains at large. The vehicle the suspects used was reported stolen during a carjacking in Sacramento on New Year’s Day.

The Fresno Bee says the would-be victim is a retired Fresno County sheriff’s deputy and has a concealed weapons permit. 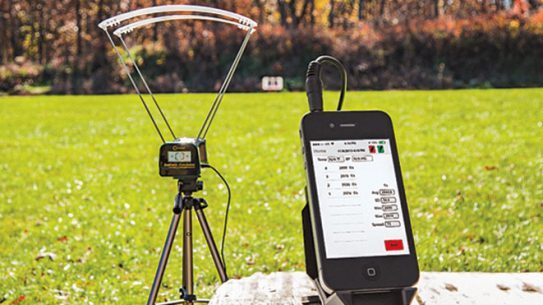 Chronographs: A Must For Mastering Trajectory, Energy & Terminal Ballistics

If you’re going to get serious about handloading, you need a chronograph. Otherwise, it’s...