If you have studied deadly force law or have been reading this column for a while, you are familiar with the concept of disparity of force. When one is attacked violently by an ostensibly unarmed person, if the circumstances are such that the continued assault is likely to cause death or great bodily harm, you are allowed to use deadly force to stop him.

The most obvious elements of disparity of force would include force of numbers if you are attacked by multiple opponents; a dramatic size/weight/strength difference that favors the attacker; the able-bodied savagely attacking the handicapped, even if the handicap has taken place in the course of the instant assault; an adult attacking a small child; and in many cases a male attacking a female. Another element could be known or obvious high skill in unarmed combat on the assailant’s side of the conflict. 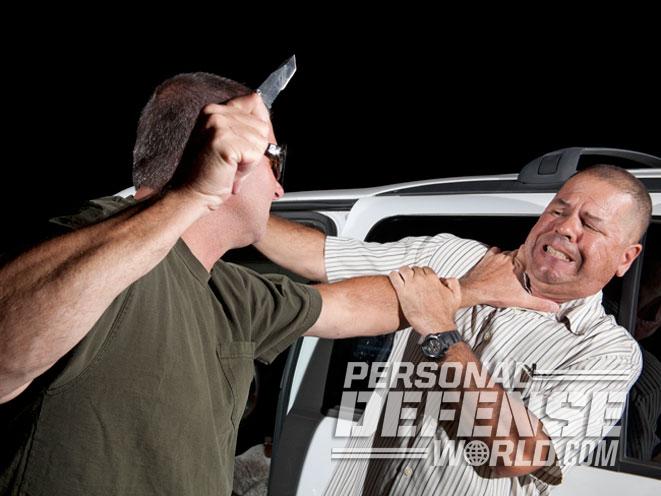 Not so widely known is another element: position of disadvantage. This means that you might be the same size and strength as your criminal assailant, or perhaps even bigger or stronger, but he has you in a position from which you cannot fight back, flee or escape the potentially deadly blows he is unleashing.

Still fresh in the public mind is Case One, State of Florida v. George Zimmerman. The nation watched, and can still see on YouTube, the long trial and the media circus that accompanied it. Evidence supported Zimmerman’s story that he was attacked in the dark by 17-year-old Trayvon Martin, whose mother described him as standing 6 feet, 3 inches tall. After sucker-punching Zimmerman and getting him down, Martin straddled him in a mixed martial arts “mount” and banged his head against the sidewalk, inflicting substantial lacerations. Zimmerman said Martin then spotted the licensed pistol in his waistband and went for it, at which time Zimmerman drew the gun and fired a single shot. The 115-grain, hollow-point bullet pierced Martin’s heart, ending both the assault and his life.

Ignoring Zimmerman’s assertion that the deceased was reaching for Zimmerman’s gun when the latter shot him, prosecutors and the media alike painted Martin as an “unarmed teen.” His able defense lawyers, Mark O’Mara and Don West, correctly pointed out to the jury that the sidewalk had become a weapon. Zimmerman would certainly have been justified in shooting if Martin had been trying to crush his skull with a chunk of concrete—smashing his head into the concrete instead could inflict the same fatal degree of injury if allowed to continue. The jury agreed and, as the world knows, found George Zimmerman not guilty on all counts.

Decades before the Zimmerman case, I interviewed the Kentucky state trooper who became the focus of Case Two. In the course of a routine contact with two tough brothers, whom he had relieved of their folding knives, the pair attacked him and got him down on the road. They began to stomp him.

A kick that might only bruise your chest and knock the wind out of you when you are standing becomes deadly force when you are supine and can no longer “roll with the blow” or evade such a kick. With the unyielding pavement beneath you and the attacker’s whole body weight driving his foot, the rib cage is now likely to be shattered, and internal organs ruptured or pierced by broken bone. The trooper drew his issue sidearm of the time, a .357 Magnum, and fired twice. Each high-velocity 125-grain bullet instantly—and fatally—stopped its target.

The Grand Jury reviewed all the evidence and returned “no true bill,” indicating that they felt there was insufficient evidence in this situation that the double homicide was anything other than justifiable self-defense. 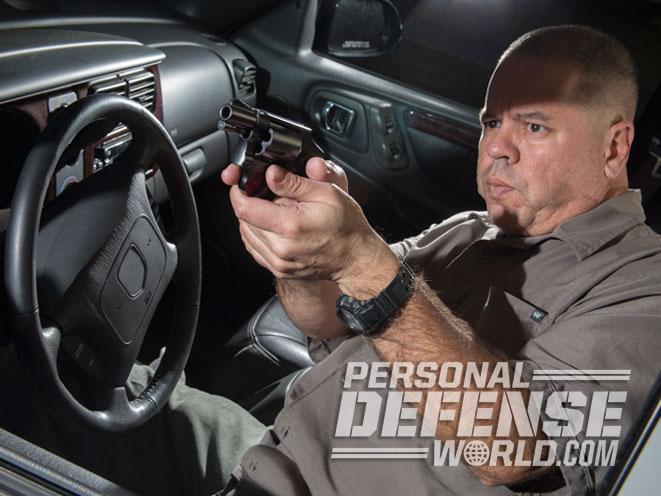 Suppose you are able-bodied and might be able to defend yourself with bare hands if you were on your feet and unrestrained, but the offender’s accomplice pinned your arms behind you and held you up like a punching bag for the vicious first offender? Obviously, it would be disparity of force. Now imagine that you are restrained, not by a second attacker, but by your own seat belt in the driver’s seat of your automobile. Is it not the same thing? You can’t roll with a blow or “slip a punch,” nor can you get your full body weight behind a counterpunch.

This was the situation in Case Three, the first “save” of a concealed handgun license holder after Texas passed shall-issue concealed carry more than 20 years ago. It was a road rage incident. A very strong, very angry young man approached the driver who was the target of his ire. The driver, stopped, had rolled down his driver’s side window, expecting only to talk to the other man. Instead, the “road rager” began punching him brutally in the face, fracturing the orbital socket of the driver’s skull and causing a serious, permanent eye injury.

As the torrent of blows continued, the driver grabbed the .40-caliber pistol he could now legally have in the front seat with him and shot the man in the chest. The assailant turned away (at which time the victim stopped shooting) and attempted to stagger back to his car. He didn’t make it; the attacker collapsed, and ultimately died, on the side of the road. The man who shot and killed him was cleared by a criminal justice system that ultimately ruled the shooting to be a justifiable homicide. 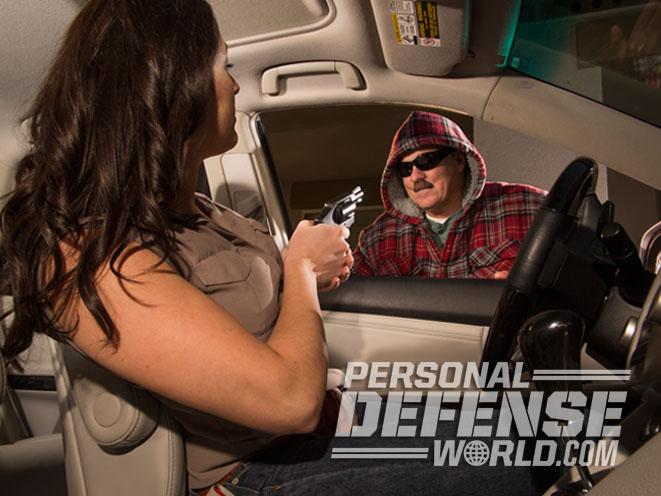 Case Three had something in common with Case Four in South Florida. An attractive young woman invited a young man to a party. Filled with romantic hope, the man attended, only to find out that the party was at the home the young woman shared with a very jealous boyfriend. Not realizing the situation, he came on to her, which angered the boyfriend, who ordered him to leave. The boyfriend and his buddies, all of whom had been drinking, somewhat roughly “escorted him out.” The defendant was in his truck and about to leave when he saw the boyfriend’s buddies coming aggressively toward his vehicle, at least one wielding a bat.

The boyfriend, much stronger than the defendant, drove his bare fist through the closed driver’s side window of the truck in a shower of shattered glass. Knowing that a blow that could break tempered safety glass could do the same to his head, the young man came up with a .38 Special revolver and shot the assailant in the chest. The latter reeled away from the truck, mortally wounded, and the young man backed out of the driveway to escape the others. Seeing them coming toward him, he fired a warning shot to hold them back, and then drove away.

Seen as having fled—we’ve discussed the “flight equals guilt” syndrome in these pages before—the man was arrested and charged. A jury saw the reality of the situation, however, and found him not guilty in the fatal shooting of his attacker. (It should be noted, however, that the final warning shot did result in a conviction for shooting from a moving vehicle, illegal in that state. This is another reason why warning shots are generally not recommended.)

When you are about to be beaten to death because circumstances have put you in a position where you could not effectively defend yourself with anything less than a lethal weapon, history indicates that you will be found justifiable. However, because the position of disadvantage element as related to disparity of force is not widely known, it is certain that you or your legal defense team will have to explain the above principles clearly to the triers of the facts.