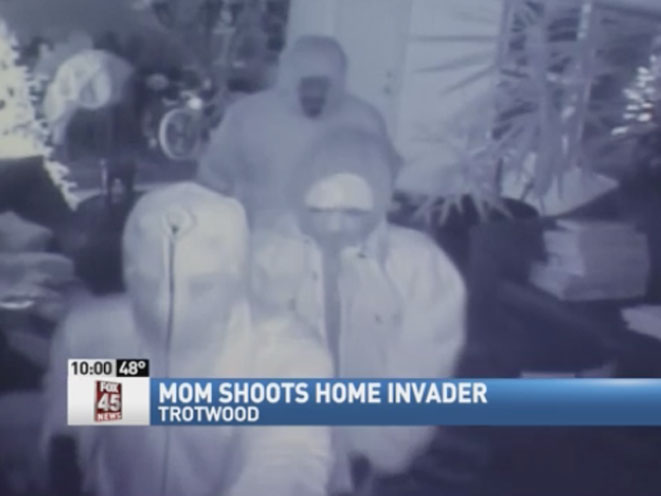 FOX 45 reports that the incident occurred in Trotwood at the dead-end of Atlas Road at around 6:00 a.m. Monday morning. The female homeowner and two children were inside the residence when surveillance footage shows three masked men armed with guns forcibly entering the home through the back door.

The suspects found the homeowner in the laundry room, and according to her, one of the men hit her in the head with his gun and demanded she take them to “the money.”

FOX 45 says the homeowner complied, leading them to a back room which contained a safe near where two kids were sleeping. Two of the suspects tried to steal the safe while the third man held the homeowner and the two children at gunpoint.

Trotwood Police said the homeowner managed to grab a gun she had hidden in the room and she then started shooting at the home invaders.

“I got my gun and I started shooting and they ran,” the female homeowner told 911 dispatchers. “They all three had guns, I’m confused … they must not have had bullets because after I pulled the trigger they just took off, instead of firing back. I don’t know if I hit one or not, I don’t see blood anywhere.”

As it turns out, she managed to hit one of the suspects. 29-year-old Azikiwe Presley of Dayton was found dead in a yard between the woman’s house and a neighbor’s house. A TEC 9 submachine gun was discovered in his possession.

The other two suspects are still on the loose. 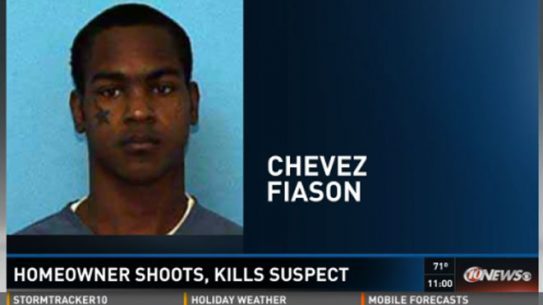 A home invasion suspect was shot and killed by an armed homeowner in Lakeland,...