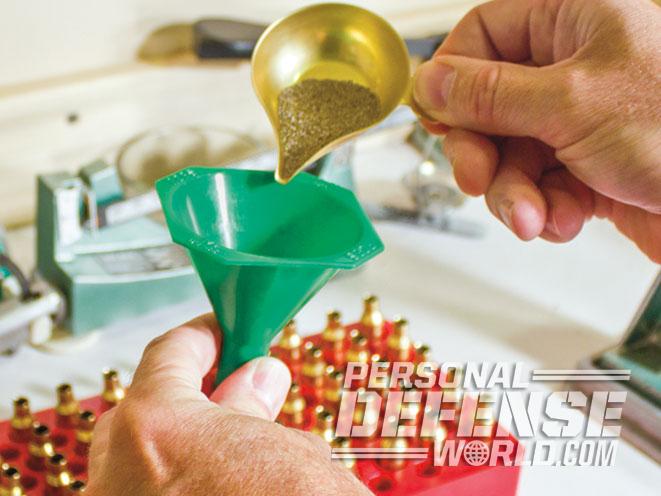 1 of 10
Powder Precision: Measuring Powder Charges
Charging a cartridge case with gunpowder is one of the most critical aspects of handloading. You must not only select the right powder, but also select the right charge weight and do it consistently. 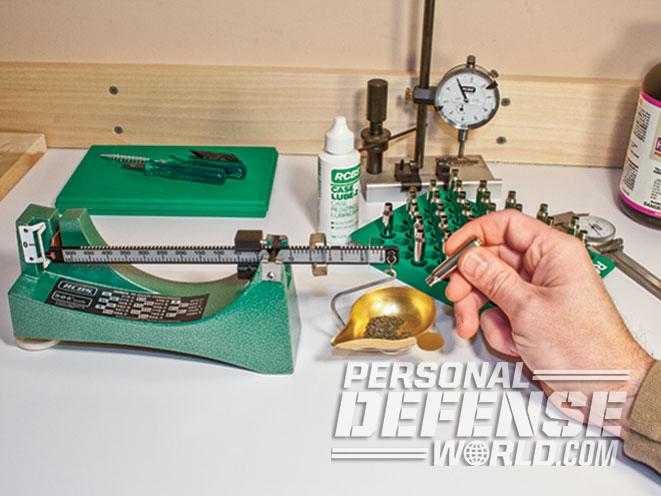 2 of 10
Powder Precision: Measuring Powder Charges
A simple balance-beam scale is very reliable, but only if zeroed and used properly. It’s also the slowest method for weighing a powder charge. 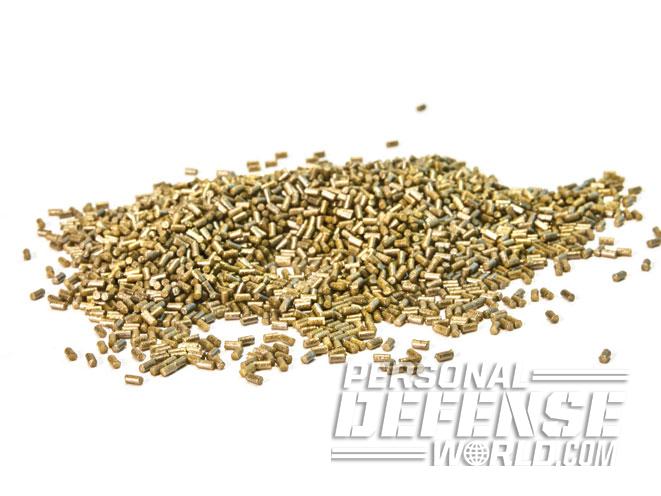 3 of 10
Powder Precision: Measuring Powder Charges
Extruded powders like this one, which has large granules, often do not meter well through volumetric powder measures. 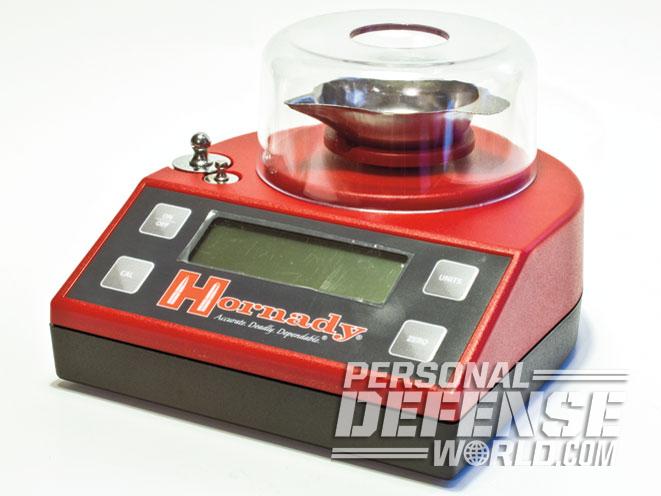 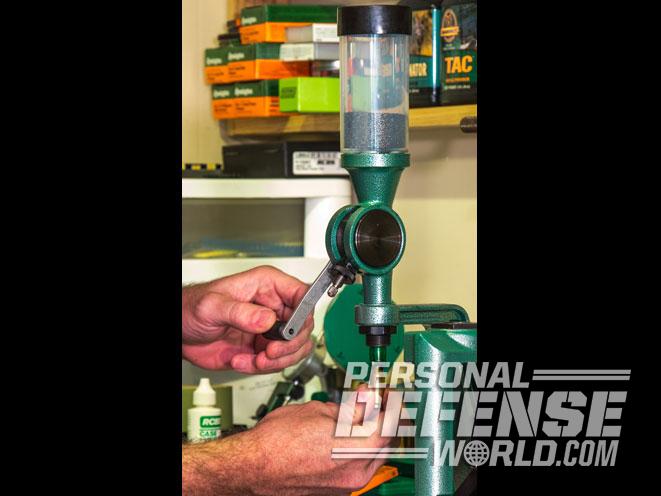 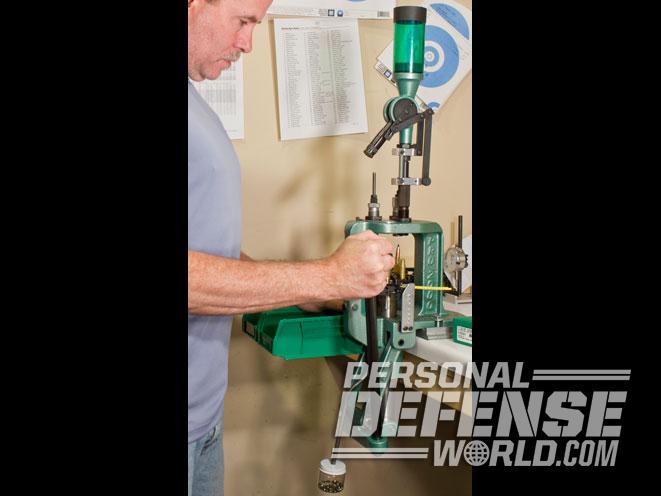 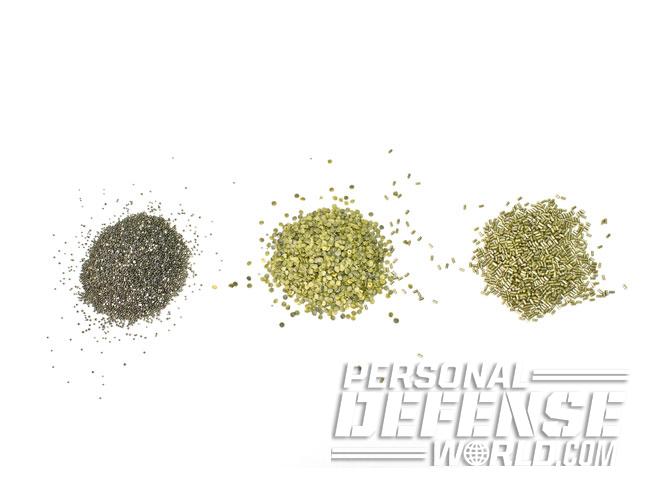 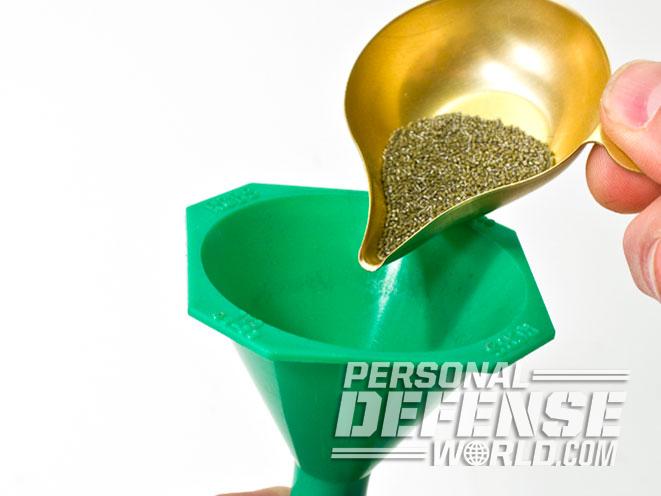 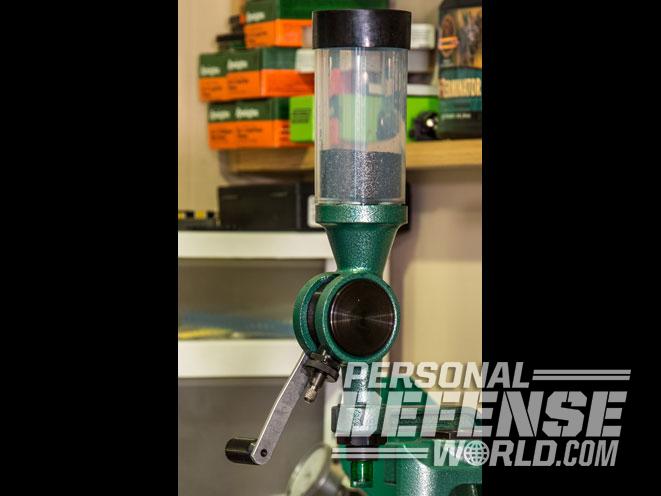 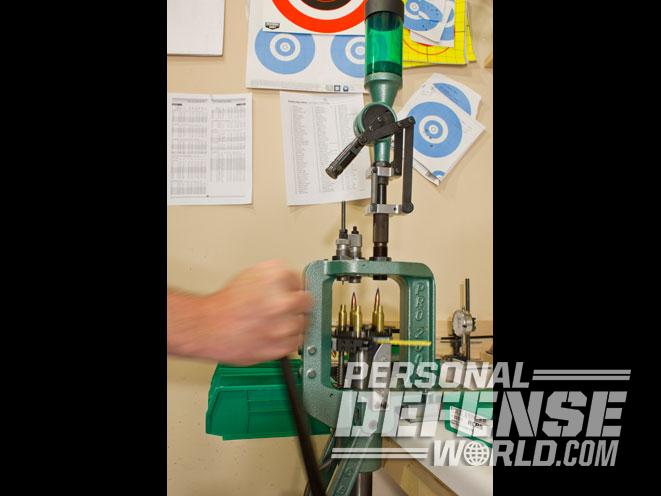 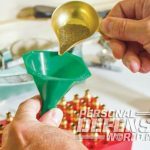 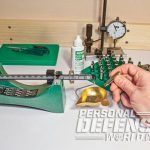 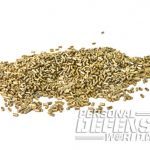 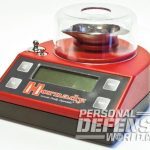 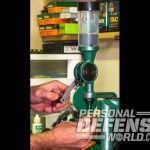 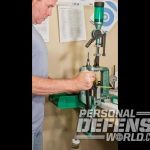 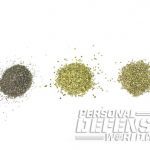 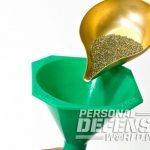 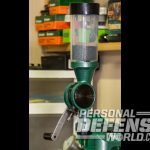 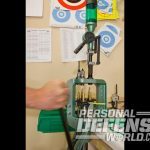 Obviously, every component of a handloaded cartridge is very important. However, the only control you exercise over the bullet and primer is in your choosing what kinds to use. You can slightly modify the cartridge case and the powder charge. You can trim the case and even turn the case necks. With powder, you have to settle on a charge weight but, just as importantly, you need to charge each cartridge case with the same amount of powder. The only way to do this is by measuring the powder charge.

When black powder was the only powder shooters used, it was most often measured by volume. Due to the burning characteristics of modern smokeless powders, it should be measured by weight. However, if done carefully, it can also be measured by volume. There are basically four reliable ways to measure a powder charge for a modern cartridge. You can use a manual balance-beam-type scale, an electric scale, a dipper scale—like the kind that come with Lee dies—or you can use a powder dispenser. All of them are capable of being highly accurate.

Regardless of how you choose to measure powder charges, it is imperative that they be measured correctly and accurately. This is especially true when using fast-burning powders. Why? With these powders, it takes less powder to show a change in pressure or velocity. For example, while loading a .30 Remington AR cartridge with a 110-grain Barnes Tipped Triple Shock bullet and H322 powder, I found that a powder increase of just 0.2 grains (from 40.2 to 40.4 grains) produced an increase in muzzle velocity of 51 fps.

That equates to a 1.7-percent change in velocity due to a 0.005-percent change in powder charge weight. Now, this might not seem like that big of a deal, but consider two things. First, 0.2 grains is a very, very small amount. Second, when you are working in the area of maximum loads, a 2-percent increase in velocity and small increases in powder charge weight can very often push pressures above the established maximum for a cartridge. This is potentially dangerous to whomever is pulling the trigger.

On the other hand, an even larger variation in powder may not register a difference on your chronograph at all. For example, when using Accurate 2200 powder—which has a burn rate only slightly faster than H322’s—in combination with a 150-grain bullet to produce a .30 Remington AR load, 35.4 grains of powder produced an average velocity of 2,617 fps, while 35.2 grains of the same powder averaged 2,615 fps. With respective standard velocity deviations of 11 and 15, these loads were, for all practical purposes, identical with regard to velocity. As for chamber pressure, we can only speculate.

There are two ways to measure powder charge consistency. You can re-weigh charges dispersed from all types of powder dispensers or weighed by all sorts of scales. Or, you can actually shoot and chronograph cartridges that have been loaded using a variety of different powder-measuring devices. My testing has shown that if I take the time to eliminate mistakes, I can load ammo with a variety of powder-measuring devices, and neither the chronograph nor the target can tell the difference.

One problem when testing the consistency among devices is that the testing itself requires using a reliable measuring device. A balance- beam scale is arguably the most reliable, since it’s entirely manual, possessing no battery that will expire or circuitry that may malfunction. However, the operator’s circuitry can certainly screw up, and in most cases it’s human error that makes good handloads go bad. At any rate, my tests have shown that, given all the variables associated with handloading ammunition, a slight variation in charge weight—regardless of the measuring method used—is in the end generally not enough to matter. How could this be?

So, in a worst-case scenario, a 0.2-grain difference in powder charge might produce two shots that differ in velocity by 87 fps. With a 110-grain Barnes Tipped Triple Shock bullet, a velocity variation of 87 fps would amount to a trajectory point-of-impact shift of about 1 inch at 300 yards or 2 inches at 400 yards. Unless you’re shooting quarters, the difference in powder charge will have no practical effect on your ability to make hits.

Granted, as variations in distance and velocity increase, so does the difference in point of impact. At 600 yards, there will be, at worst, about a 7-inch difference in trajectory due to velocity variation. So, if you’re a long-range shooter, it would be advisable for you to use the most-precise measuring device available, which for most is an electronic dispenser/scale that eliminates the prospect of human error. If you are just an average shooter, shooting at average ranges, use whichever powder measure you like best. Your target won’t show a difference. 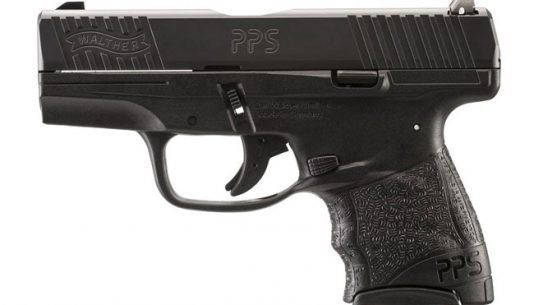 The PPS M2 is engineered for the concealed carry shooter looking for a slim...