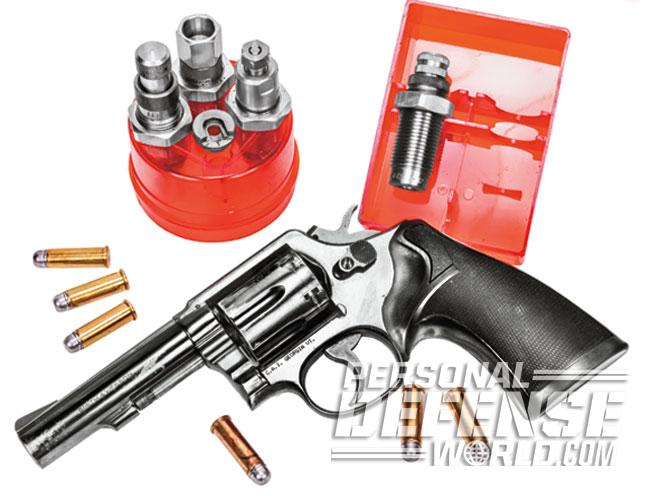 1 of 8
Loading Practice Rounds For The Classic .38 Special
A double-action revolver like this Smith & Wesson Model 13 can make for an excellent home- or self-defense handgun. 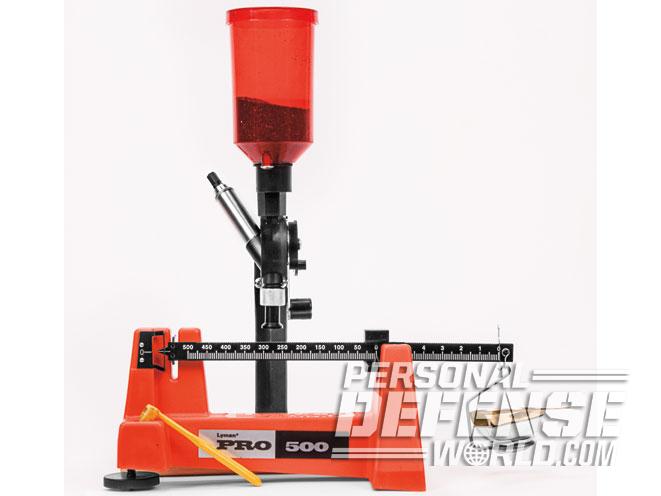 2 of 8
Loading Practice Rounds For The Classic .38 Special
Accurate rounds can be loaded whether you throw your powder charges with a rotary powder measure or scoop them with a dipper. But, either way, a good scale like this Lyman model is essential for creating safe and accurate loads. 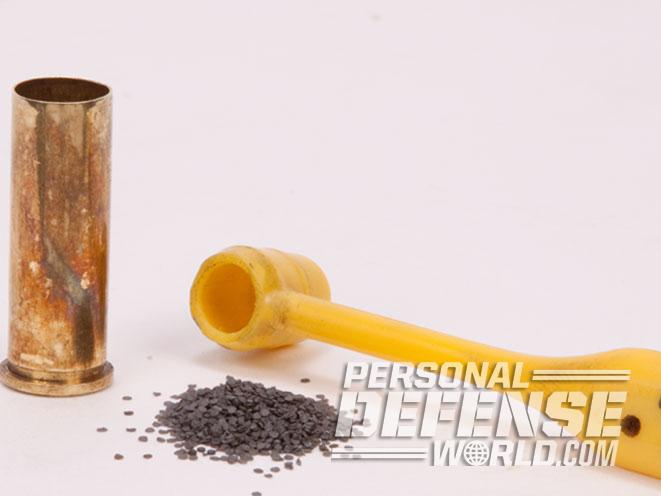 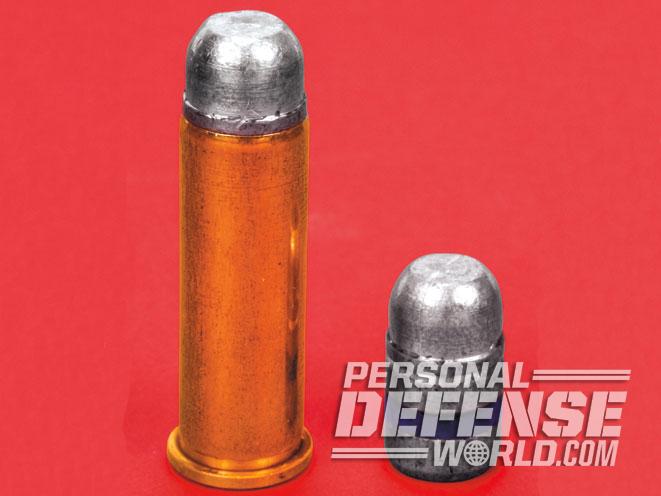 4 of 8
Loading Practice Rounds For The Classic .38 Special
The author tops his .38 Special loads with 158-grain cast-lead bullets from Dardas Shooters’ Supply. These bullets are impressive performers. 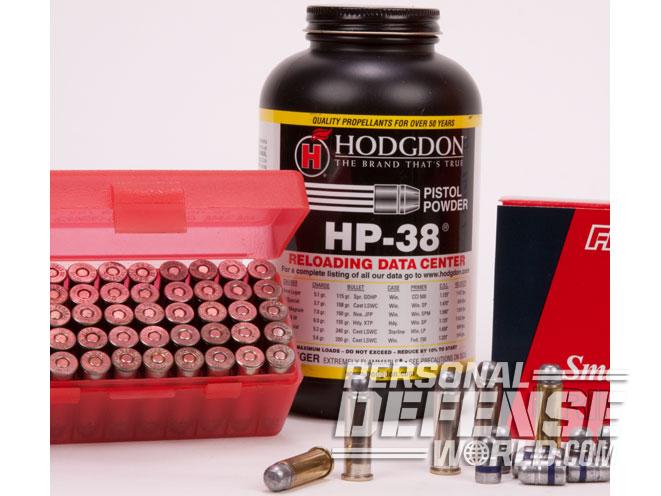 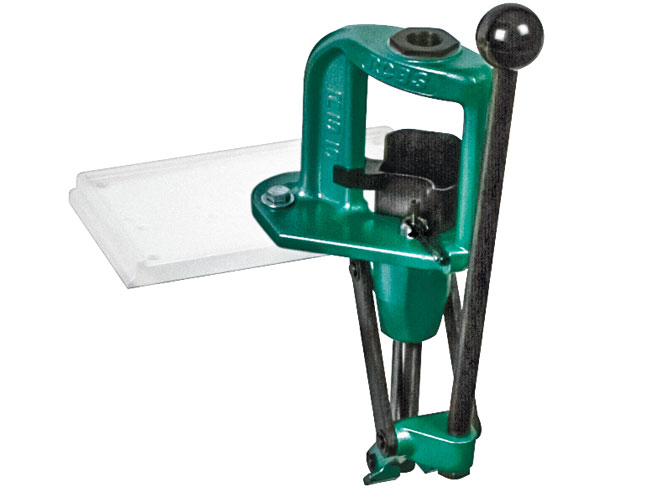 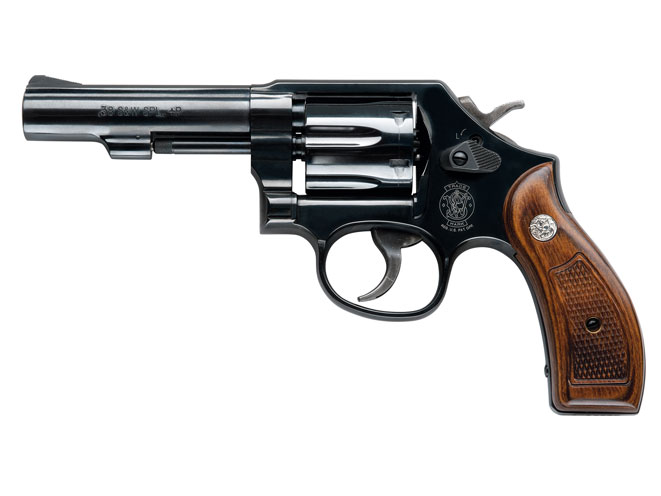 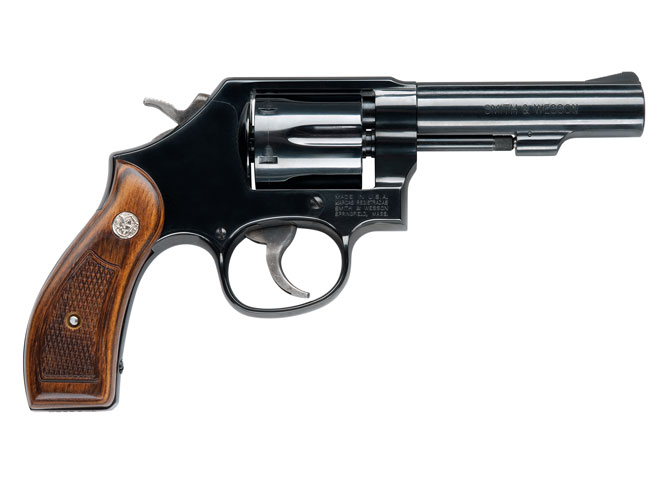 8 of 8
Loading Practice Rounds For The Classic .38 Special
S&W Model 10 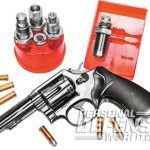 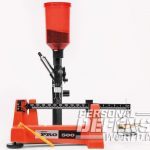 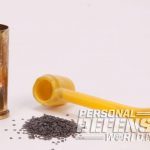 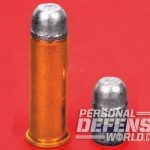 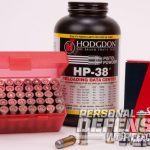 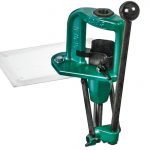 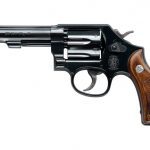 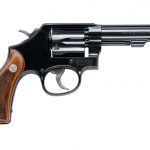 When I’m out and about, I carry an autoloader for self-defense, but when it comes to defending the Casa Beliveau, I fall back to the earlier technology of double-action revolvers. Admittedly, if it were to come down to a Katrina-like situation, I’d be picking up my M1 Carbine along with the full musette bag of ammo and magazines. But for the more typical issues, where things go bump in the night, I have wheelguns stashed in strategic locations around the house.

In areas of the house that are my exclusive domain, like my office and shop, my wheelguns of choice fire .45 ACP ammunition. But in the rest of our home, I want to feel confident that when I go away on business trips my wife can defend herself. For that reason, if you knew where to look in my bedroom, you’d find a compact flashlight nestled next to a Smith & Wesson M13-2 loaded with Federal Express 129-grain, Hydra-Shok .38 Special +P hollow points. The M13 is a K-Frame gun that essentially upgraded the famous M10 .38 Special to .357 Magnum caliber. This handgun is what I consider the optimal home defense handgun. It has a 4-inch barrel, fixed sights and Pachmayr grips. A gun like this has the virtue of simplicity. You aim and pull the trigger, and the gun fires. It’s very simple, very easy. It doesn’t get much easier.

The Model 13 will handle .357 Mag rounds, but .38 Special +P hollow points are a better choice within the four walls of your home. Federal Hydra-Shoks are just what the doctor ordered when it comes to defending hearth and home. But that stuff is serious bad-guy repellant, and it comes with a serious price tag. Now, roughly a dollar a round is a paltry price to pay to defend your life, so premium ammo like this is worth every penny you spend on it. But successfully defending yourself with a double-action revolver requires a level of proficiency that can only be achieved by sending plenty of lead downrange.

That is where reloading comes to the rescue. Despite the rise in popularity of autoloaders, the .38 Special remains one of the most popular handgun cartridges in the United States. So components for it are readily available, and they are reasonably priced. You can buy .38 Special brass without spending an arm and a leg. But, I have to be honest, I’ve never actually bought .38 Special brass. I have coffee cans full of the stuff in the shop, but none of it cost me a dime. When I go to the range, my first stop is the trash cans. My kids used to hang their heads in shame at the sight of their dad, with half his body in the trash can, scooping up brass, but it was worth it. Between saving brass from factory ammo I was testing, and what I picked up scrounging over the years, I’m set for life on .38 Special cases.

Since .38 Special cases last a long time, even if you have to buy them, they’ll be a good investment over time. Reloaded .38 Specials are really inexpensive to shoot. A pound of powder will load about 2,000 rounds, which works out to just under a penny’s worth of powder per round. Primers cost about five cents each, and cast bullets are about six cents each. So, irrespective of brass, .38 Special rounds cost about 12 cents. That’s a far cry from the buck apiece for high quality factory- made defensive ammunition.

It doesn’t take a lot of expensive equipment to reload .38 Special ammo. I use an RCBS Reloader Special-5, single stage press, and a Lee Precision carbide die set. This is a three-die set that consists of a de-primer/re-sizer die, a case mouth expansion die and a bullet seating die. The bullet seating die can also roll crimp the shell mouth to the bullet, but I prefer to invest a little bit more and add a Lee Factory Crimp die to the set to perform that chore. The factory crimp die will give you a nice firm crimp without buckling the case mouth. And the carbide sizing ring in the base of the die irons out any bumps or bulges in the round, guaranteeing you have ammo that chambers easily.

The .38 Special is actually a black powder cartridge that was developed to modernize the .38 Long Colt cartridge. Dimensionally the case is exactly the same as the older .38 Long Colt, except it is just over 0.10 inches longer. Loaded with 21 grains of black powder, the .38 Special is still a heck of a good 19th century cartridge. You might want to try it sometime to surprise your friends on the range. But for our purposes, we’ll want to use smokeless powder.

Modern .38 Special cartridges are usually loaded with small charges of fast burning powder. Luckily, this cartridge is very tolerant of the type of powder it is fed. Lots of different powders will produce accurate ammunition. I like to use either Bullseye, which is made by Alliant, or Hodgdon’s HP-38. These are both fast- burning powders. Bullseye particularly so.

When it comes to measuring powder charges, you have some options. You can throw an accurate charge with either a scoop, or with a rotary powder measure. But you can’t expect to throw safe, accurate charges if you don’t have a scale. Fancy digital scales are nice, but certainly not mandatory. I’ve used the same Lyman balance beam scale for 15 years, and I haven’t blown anything up yet with my ammunition. Coincidentally, I use loads that contain 3.5 grains of either one of those powders. I have my Lee powder measure set up to throw that charge using HP-38, and for Bullseye I use a dipper made by filing down a 0.5cc Lee powder dipper until it holds precisely 3.5 grains of the Alliant powder.

That is a very small charge of powder. This is where a well-defined technique is essential. Visually you will never discern the difference between a case loaded with 3.5 grains of Bullseye and one loaded with a dangerous double charge. So maintaining charge discipline is vitally important if retaining all your fingers is a personal priority. I do this by using two loading blocks. As I complete a step in the reloading process, I move the round from the right-hand loading block to the left-hand block. When everything is in the left-hand block, that step is complete. That way I can’t inadvertently pick up a charged case and drop a second charge of powder into it.

I prefer to load hard-cast, 158-grain, lead bullets in my .38 Specials. Plenty of casters make them, and it is hard to say that one is better than another. I’ve been using bullets from Dardas Shooters’ Supply because the company makes a great product.

So my load consists of a Dardas 158-grain, 0.358-inch-diameter, lead, flat-point bullet sitting on 3.5 grains of either Alliant Bullseye or Hodgdon’s HP-38 powder, with a Federal small pistol primer to light it off.  Both of these rounds are economical and mild shooting. They won’t blow up your gun, and you can shoot them all day without feeling beat up. The Bullseye load averages 635 fps out of my 4-inch-barreled Smith & Wesson Model 13 revolver.

The HP-38 load is just marginally faster at 681 fps, but it is still very comfortable to shoot and recoil is negligible. Either of these loads is a good choice for practice ammo and will provide you will all the training you need without busting your budget. 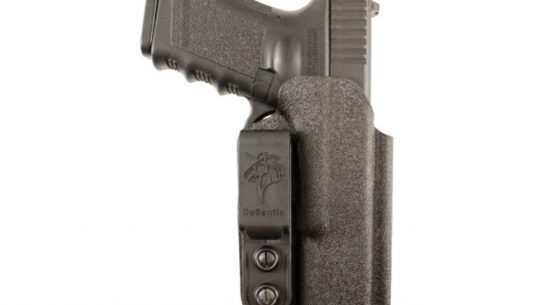 The #137, Slim-Tuk is a new, minimal ambidextrous IWB holster fashioned from Kydex.