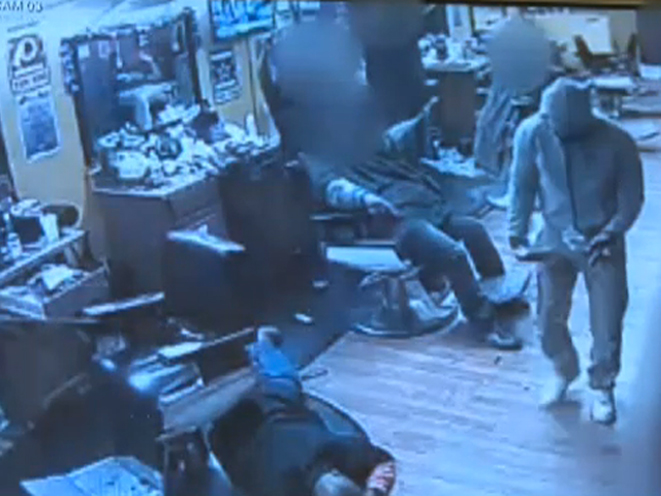 An attempted armed robbery at a South Carolina barbershop ended with one suspect dead and another on the run thanks to a pair of concealed carriers.

According to WIS, two masked men — 35-year-old Adeyemi Herschelle Hannibal and a second, unidentified man — walked into Next Up Barber and Beauty in Columbia this past Saturday with guns drawn and started demanding money.

Multiple people were inside the barbershop at the time, including children. One witness, Chauncy Harris, told WIS what happened next.

“He smacked me in the back of my head, and I said, ‘Okay, this is probably when he’s going to shoot me now and just sent an example and walk on out the door with the money,'” Harris said. “But that’s when my man let loose. That’s when everybody else had their stuff and was ready to take care of business.”

Unfortunately for the bad guys, two patrons inside the barbershop happened to have valid concealed carry permits. Both would-be victims drew their weapons and opened fire on the suspects.

Harris was wounded during the gunfight and fled the barbershop before collapsing outside. He was transported to an area hospital where he was pronounced dead. The second suspect managed to escape the scene and is still at large. The extent of his injuries, if any, is unknown.

None of the barbershop patrons were injured. To see raw surveillance footage of the incident, click on the link below. 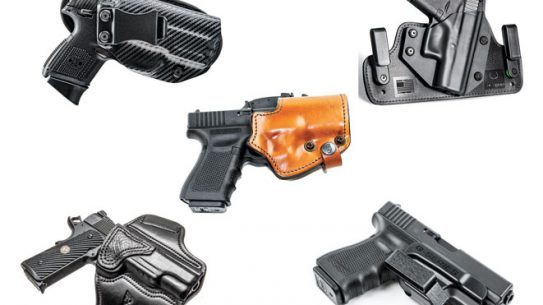 Here are some of the latest and greatest holster designs on the market today.